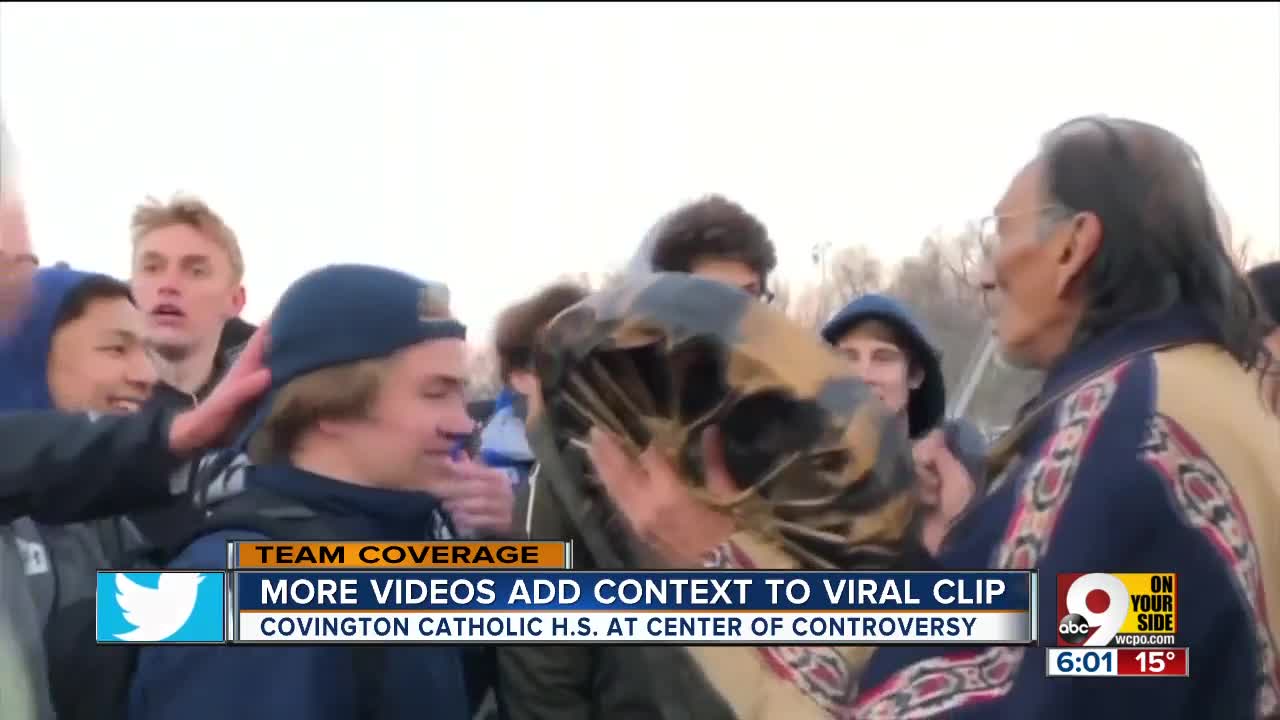 A Northern Kentucky congressman spoke to WCPO in support of students accused of mocking and disrespecting a drum-beating Omaha Nation elder on the Lincoln Memorial steps. 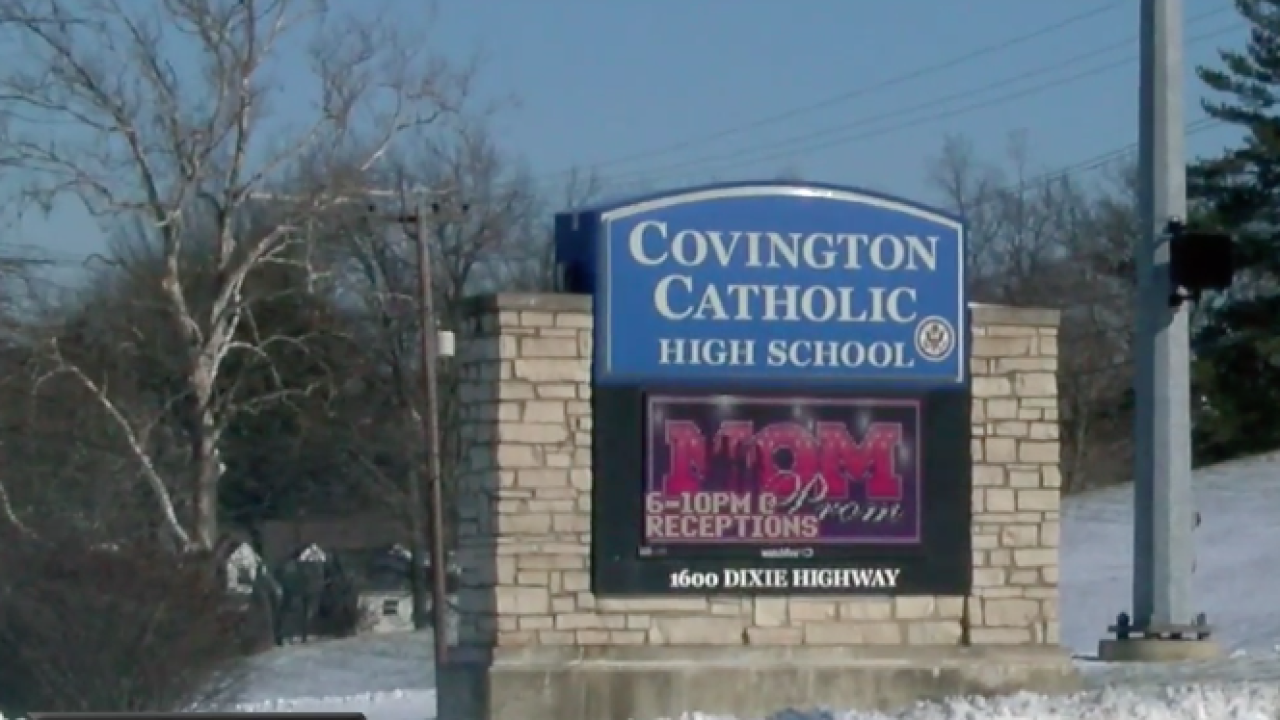 The Indian Movement Chapter of Indiana and Kentucky plans a "Peace Vigil To Call For An End To Racism" from 10 a.m. to noon at the Diocese of Covington offices. The group said it moved the rally away from the school. "We have advocated non-violence and accountability for administration, teachers and chaperones this entire time. Not once have we, as an organization, threatened anyone," the post said.

WCPO is reaching out to get all sides of the controversy involving CovCath students, members of the Indigenous People’s March and a handful of protesters calling themselves Black Israelites on Friday on the National Mall.

Police in Park Hills, Kentucky, where the school is located, confirmed to WCPO that the school has received threats and they're trying to see if they're legitimate.

Nick Sandmann, the student getting the most heat, released a statement Sunday defending himself and giving the students’ side of what happened. Sandman, a junior, was singled out after video surfaced showing him standing face to face with an Omaha Nation elder on the Lincoln Memorial steps. Their paths crossed after the elder, Nathan Phillips, took part in the Indigenous People's March and Sandmann and classmates participated in the March for Life.

Sandmann said he “did not make any hand gestures or other aggressive moves” toward Phillips. Sandmann said he “believed that by remaining motionless and calm” he was “helping diffuse the situation.”

More than 100 CovCath students who bused to D.C. were waiting for a bus to pick them up. Some students, like Sandmann, were wearing “Make America Great Again” ballcaps. Sandmann's statement says the students began to chant school spirit songs to drown out the insults from the Black Israelites.

In an email, Sandmann's family told WCPO they are "currently weighing options about what action, in any, they might take in regards to interviews."

After the first videos hit the internet, a joint statement from the Diocese of Covington and Covington Catholic High School “condemned” the students, saying “this behavior is opposed to the church’s teachings on the dignity and respect of the human person” and threatening to expel students who took part.