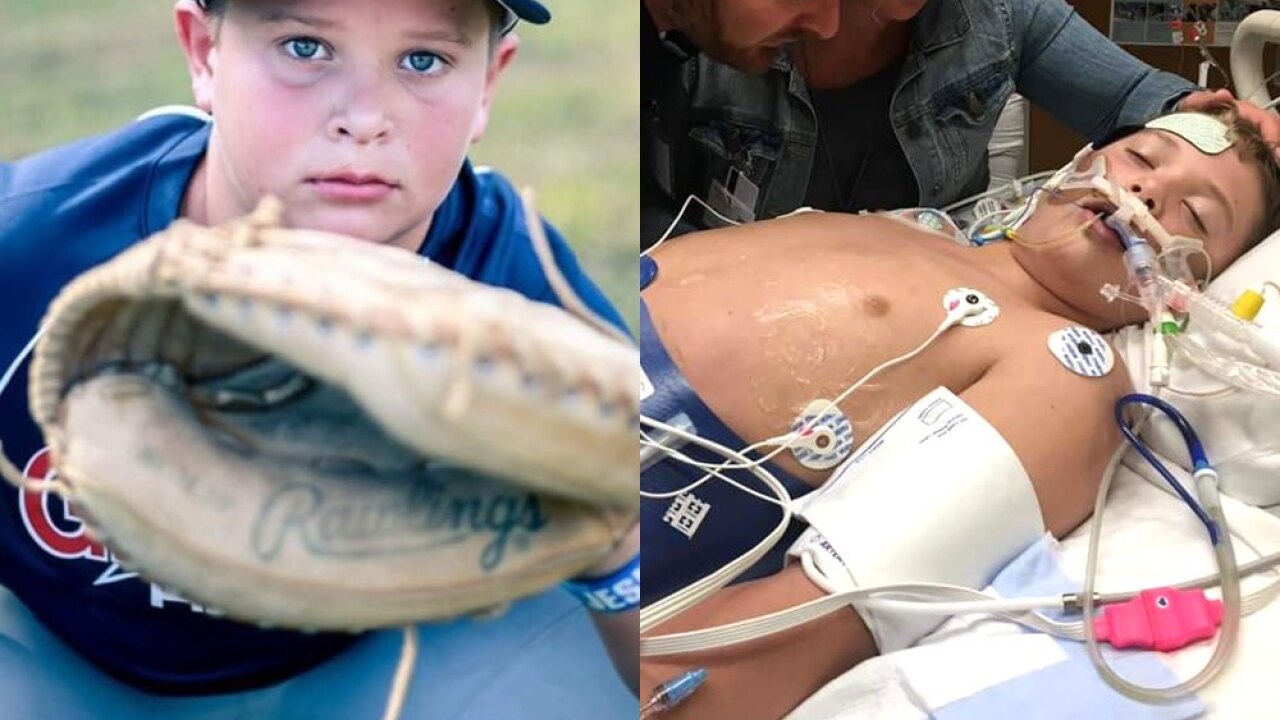 CINCINNATI — Editor's note: A former version of this story said the 12-year-old boy was from Northern Kentucky. This story has been updated.

Twelve-year-old William Burton wasn’t just winded when he collapsed Tuesday during Little League practice in Grayson, Kentucky. He was having cardiac arrest, and none of his teammates knew about the life-saving device in his backpack.

Serendipity in the form of a nearby ambulance likely saved his life. His parents don’t want to have to count on it twice.

“We were fortunate enough to have the emergency crew or the ambulance close enough to get there in time, but most people are not that lucky,” his mother, Amy Burton, said Thursday.

William has a heart condition called long QT syndrome, which makes him prone to irregular heartbeats and sudden cardiac arrest. He keeps an automated external defibrillator (AED) with him at all times to ensure his safety, his mother said.

As the family learned Tuesday, that only helps when the people around him are aware of it. His baseball team, which he had joined only a short time before, wasn’t.

They attempted CPR while William gasped for air and his pulse faded.

Amy Burton doesn’t like to think of what would have happened if paramedics hadn’t arrived and resuscitated him with their own defibrillator.

William would be airlifted to Cincinnati Children’s Hospital Medical Center, where he spent the next two days sedated and recovering in intensive care. His family still wasn’t sure whether or not he would survive.

He came off his ventilator for the first time Thursday.

"He asked me what happened, and I said 'You collapsed at the ballfield at baseball practice,’” his mother said. “He said 'Well, did I catch the ball?’”

Although Amy Burton said she was grateful for the quick response of paramedics and Children’s Hospital, William still has weeks of recovery ahead.

She hopes the incident will remind other teams and schools of the importance of keeping AEDs on hand and ensuring anyone in a leadership position — a coach, a teacher, a principal — knows how to use one in an emergency.

“When they’re a permanent fixture there, all sports coaches, all faculty and staff are going to know it’s there and grab it immediately,” she said. “It’s important because CPR can keep the blood pumping, but an AED can actually restart the electric system of the heart.”

As for William, she said: “He has been a miracle, an absolute miracle. They cannot believe how quickly he has recovered. Literally yesterday he was fighting for his life. We didn’t know if he would make it.”

The family anticipates significant medical costs as a result of William's prolonged hospitalization. Anyone interested in making a contribution can do so via GoFundMe.