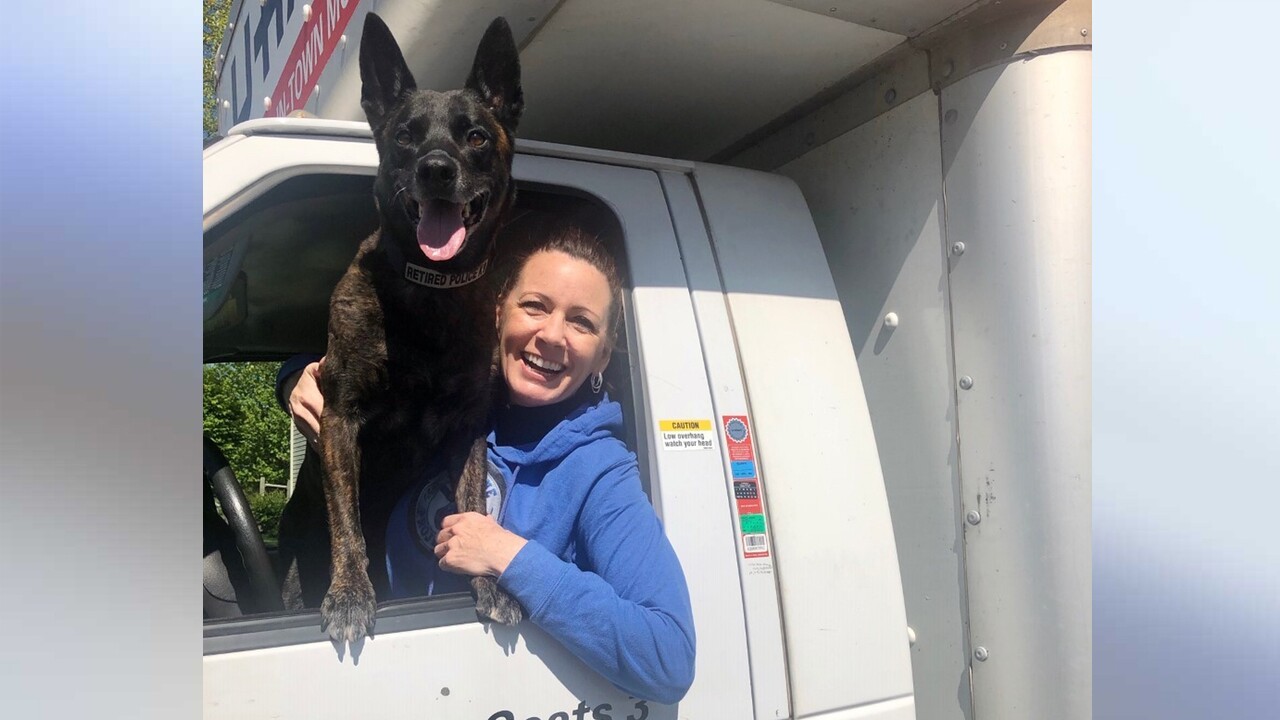 To fuel that dream, Cutter and several volunteers will drive trucks on Saturday around Mason collecting toys, bikes, clothes, books and other household items neighbors want to donate.

Cutter will store those items for now and then make them available to those who donate money at her upcoming summer fundraiser.

That money donated at the rummage sale will help the Blue Line K9 Project buy bulletproof vests for police K-9s.

“I found out that department budgets are really small for the K-9 units, and there are so many things that these teams need that, often, it either comes out of the officer’s pocket or the dog doesn’t get it,” Cutter said.

The nonprofit Cutter started four years ago procures higher-end vests from a Canadian company and then donates them to Tri-State police departments.

Cutter said too often dogs are deployed with a bulky, less expensive vest -- or without a vest at all.

“These dogs are asked to jump in and out of cars and over fences, and we don’t want them to get hung up on anything or to be inhibited by a big, bulky vest,” Cutter said.

Since its inception, the Blue Line K9 Project has equipped more than 130 police K-9s in the Tri-State with a custom-made vest.

Recipients include K-9 Bragi, the loyal partner to Officer Corey Herren of the Williamsburg Police Department in Clermont County.

Herren, a board member of the Blue Line K-9 Project, said that between the cost of a dog and its training, a police K-9 can cost a department as much as $20,000 or more, and finding money for a form-fitted vest isn’t always a priority.

“We get these dogs out here and they’re protecting us, but if we’re not protecting them it’s really not fair, and I don’t believe a dog should ever be used without some type of protection,” Herren said.

Cutter said the idea to start the Blue Line K9 Project came as an epiphany. She works as a court reporter, and while she transcribes cases she hears firsthand the dangers officers face in the line of duty.

Her mission also has given her a means to treat an immensely deep, personal wound. In 2002, her husband, Dr. Richard Cutter, took his own life.

“I always felt there’s got to be something out there that I can do that’s not triggering me. I knew that helping was a way of healing,” Cutter said.

She said she enjoys a deep sense of satisfaction when she presents a vest to a K-9 officer or a police department.

“I always love to talk to the wives and the husbands of the officers and ask, ‘How does this affect you?’ And they’re like, ‘Oh my gosh, you’re really making a difference,'" Cutter said.

Neighbors in Mason who received a flyer from Blue Line K9 Project are asked to leave their donations on their driveways before 9 a.m. Saturday. Those who live outside of Mason who would like to donate can reach Cutter through the nonprofit’s website.

Plans for her big summer fundraiser are still in the works.

“My main motivation for this: I want that officer to go home to their family,” Cutter said.