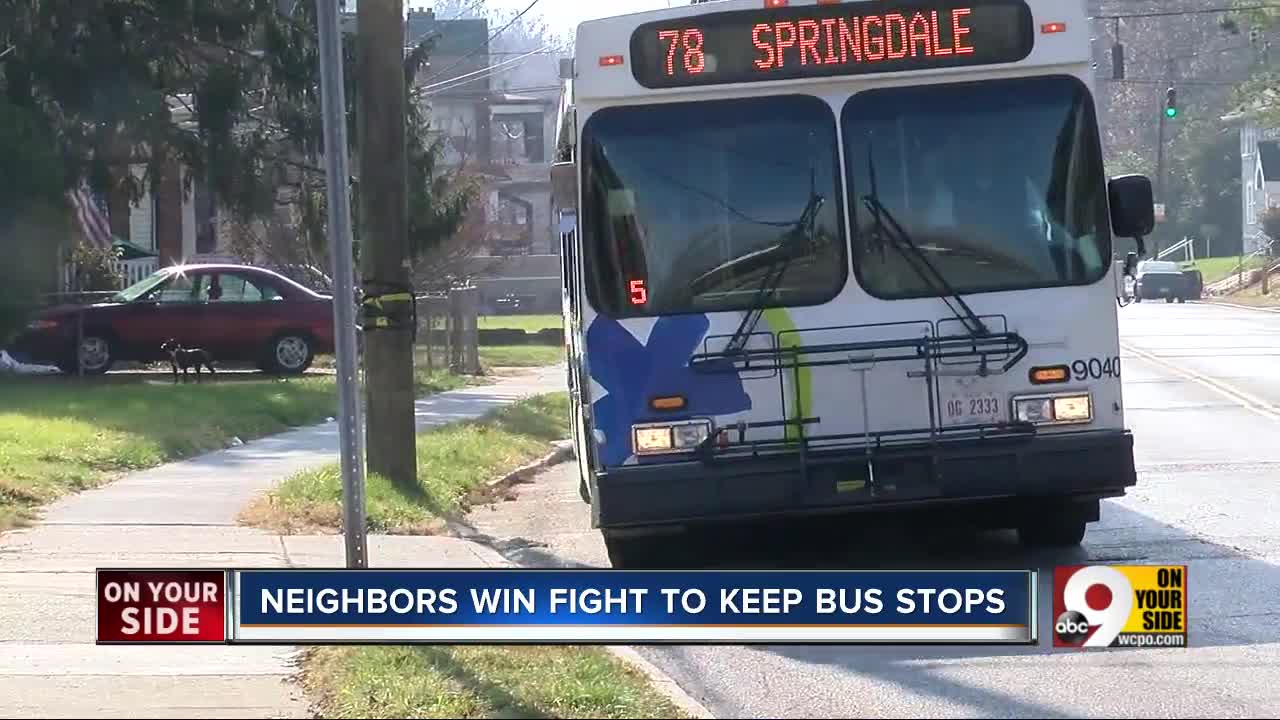 Thanks to feedback riders provided to Metro, stops 5411 and 5412 in Avondale will remain open. However, there are hundreds of stops across Hamilton County still may close as Metro evaluates commute times, accessibility issues.

That’s why, he said, he was shocked to learn that his stop, along with another on the same corner, were on a list that Metro planned to remove.

“I mean, every morning there is about 10 to 15 people standing at that bus stop,” Jasper said.

Thanks to feedback riders provided to Metro, it will stay open. However, hundreds of stops across Hamilton County might still close.

It’s all part of FASTOPS, Metro’s plan to shorten the commute for riders.

“Our goal is that most of our riders will see a much shorter trip,” said Metro vice president of external affairs Brandy Jones.

Jones said there’s also a push to remove redundant bus stops and flag any location without proper sidewalks or curbing.

Metro is seeking feedback from riders, and Jones said it's listening to that feedback.

“In phase two, we had about 200 comments come in from customers,” she said. “We are thankful for that. About 72 stops were put back because of that feedback.”

Jasper said he’s glad that Metro took what the riders wanted into account.

“If they would have took that one out, then the younger children would have had to walk down that street and then another couple of blocks,” he said.

Signs are posted on stops in other neighborhoods that are up for elimination, and there is a list online and a place to give feedback as well.

There’s also a public informational meeting Tuesday at Walnut Hills High School and several others throughout the month.