Study: Naloxone dispensing in Ohio increased over 2,000% since 2015 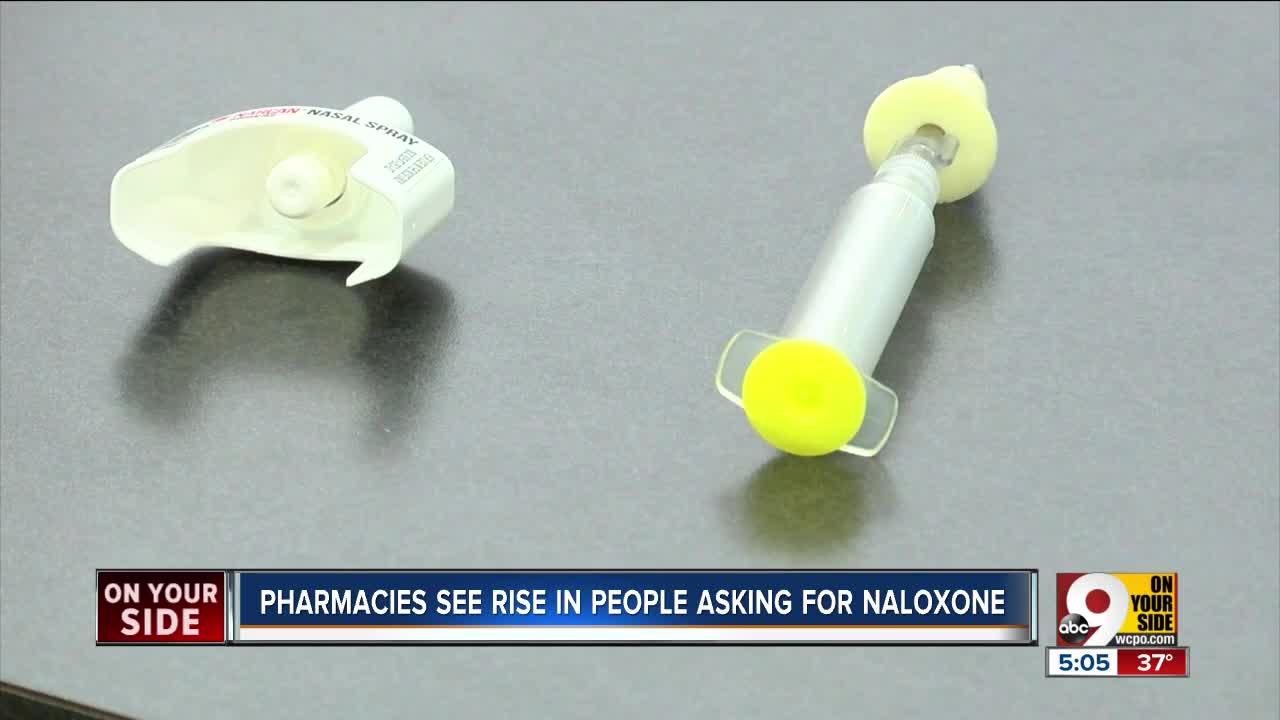 Obtaining naloxone without a prescription has made a “huge impact” in Ohio, according to researchers at the University of Cincinnati.

CINCINNATI — Obtaining naloxone without a prescription has made a “huge impact” in Ohio, according to researchers at the University of Cincinnati.

Since 2015, Ohio has seen a 2,328% increase in the number of naloxone prescriptions dispensed, according to a new study by UC pharmacy researchers.

Naloxone (also known by the brand name Narcan) reverses the effects of an opioid overdose by helping the person breathe again. It’s most commonly used in the form of a nasal spray.

Before the law was passed, people would have to go through a process in order to get naloxone, which created barriers for some people, according to Pam Heaton, a professor of pharmacy practice at UC’s Winkle College.

“In the past a person would have had to go to a physician’s office, see the physician, get a prescription, go to the pharmacy to get the medication, so those are a lot of steps,” Heaton said.

“Legal barriers needed to be removed to address this important public health crisis,” Gangal said. “Pharmacists positively impact the health of patients every day and work tirelessly to address the opioid epidemic. By providing naloxone, pharmacists save lives.”

Nathan Pelletier, vice president of Strategic Initiatives at Brightview Health, said a common misconception some have is that naloxone encourages people to keep using.

“It’s not an enabler,” Pelletier said. “No one that has this kind of addiction is going to be able to use it themselves and more often than not don’t want to be revived.”

Heaton said the goal of the study was not to quantify the impact of increased naloxone distribution; its purpose was to address access to the life-saving drug.

In the study, the team compared 18 months of data before and after the law passed from Ohio’s Medicaid records and Kroger’s database of Ohio pharmacies, which includes prescriptions for patients will all types of insurance.

The study, “Association between a Pharmacist Naloxone Dispensing Law and Naloxone Dispensing Rates in Ohio,” is in the leading medical journal JAMA Network Open. The study is the first of a two-part series by UC researchers, and it’s funded by the U.S. Centers for Disease Control and Prevention.