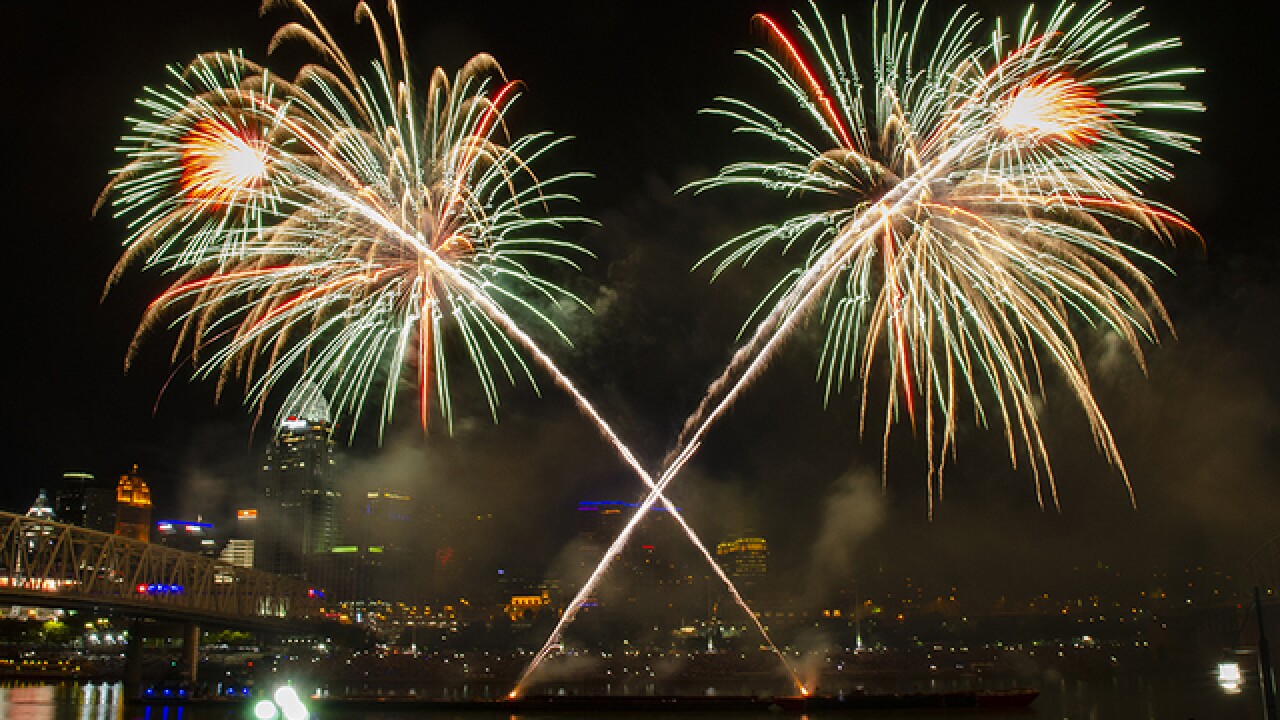 Copyright 2018 Scripps Media, Inc. All rights reserved. This material may not be published, broadcast, rewritten, or redistributed.
JOSEPH FUQUA ll
Cincinnati and Northern Kentucky celebrate the unofficial end of summer with the Rozzi's fireworks display. This is the 41st year for the event September 2, 2018. Purple, red and green fireworks lit the night sky. Photo by Joseph Fuqua II for WCPO

CINCINNATI — Fireworks aren't the only flashing lights this weekend's Labor Day holiday will feature. Add to the perennial riverfront display all the flashing "ROAD CLOSED" signs and blinking brake lights that will illuminate the roadways as crews direct thousands of vehicles in and out of Riverfest.

To get to and from the fireworks -- officials from Covington, Newport and Cincinnati agree -- visitors will need to plan ahead.

The Rozzi's Famous Fireworks show begins at 9:07 p.m. on Sunday, but activities -- along with traffic and parking restrictions and bridge closures -- will begin earlier in the day.

Here's a map locating where to find the restrictions, followed by detailed descriptions below. All times listed are for Sunday, Sept. 1.

Vehicles parked in the following areas will be towed starting at 7 a.m.: