GOP convention won't be a big party this year 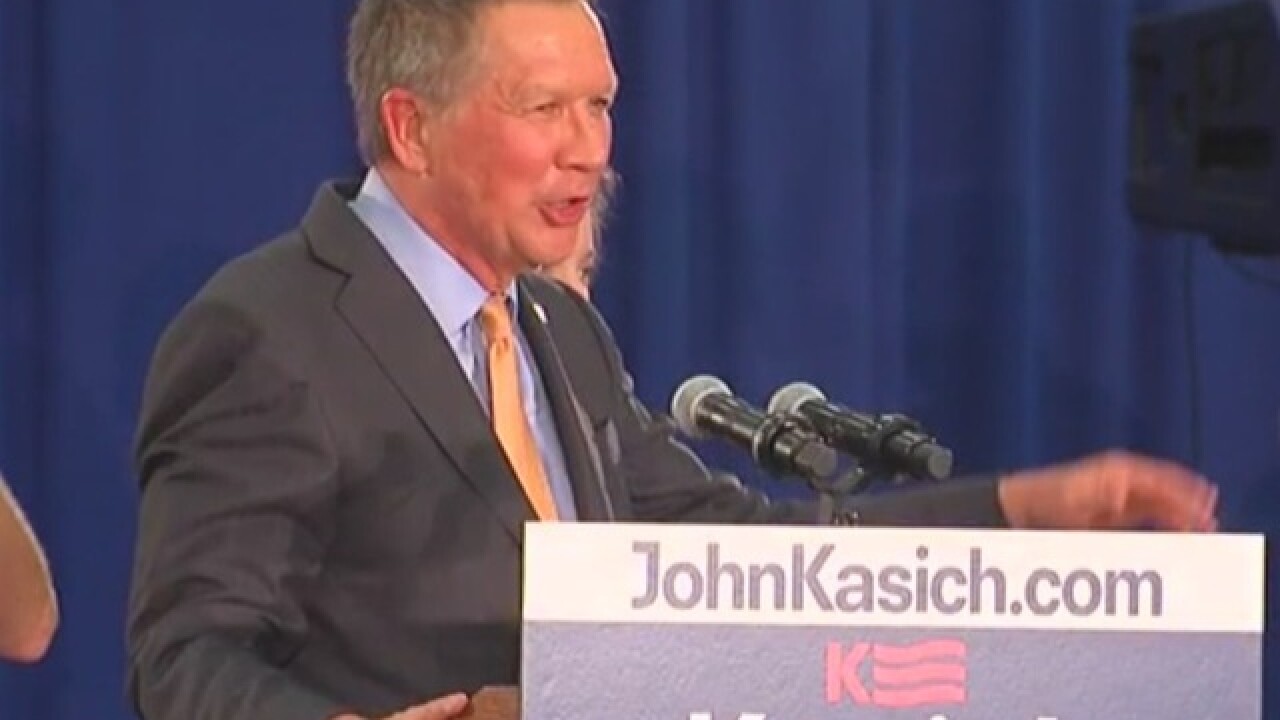 <p>Ohio Gov. John Kasich gives a victory speech after decisively winning his state's Republican primary. With a tight race in one party and a clear leader in the other, the 2016 primary looked a lot like 2008's.</p>

Parties, food and access to the country’s top politicians have typically been the biggest perks for delegates at past conventions, when the party’s presidential nominee was inevitable.

Not this year. Republicans are bracing for a tumultuous, high-stakes event in Cleveland where, for the first time in decades, the delegates at the convention might end up deciding the nation’s next president.

“It will be radically different,” said Alex Triantafilou, a delegate for Ohio Gov. John Kasich, who’s participated in two other conventions. “In the past, being a delegate meant you had a better seat, you had better access … This one, I suspect, will be more like work.”

Ohio Republican delegates – which were selected by the Kasich campaign and consist of mostly local political leaders from around the state – said they anticipate this year’s convention will be less of a party and take on a more serious tone.

And, as the convention nears, delegates interviewed for this story said they expect rival presidential campaigns to badger them for their vote.

“I’m kind of surprised that we haven’t been that aggressively contacted yet,” said former Hamilton County Commissioner Greg Hartmann, who’s also a Kasich delegate. “But, I’m sure that time will come.”

Delegates are bracing for the first contested convention in 40 years. None of the three Republican presidential candidates still in the race have secured the 1,237 delegates needed to win the nomination outright and it’s become increasingly unlikely any of them will do so before the convention.

That means it could take multiple rounds of delegate voting -- and hundreds of delegates changing their votes – before a Republican presidential nominee is named.

Ohio’s delegates will be bound to voting for Kasich, who won all 66 of the state’s delegates in the Ohio primary, during the first round of voting at the convention.

After that, delegates will be able to change their vote, Triantafilou said. Triantafilou, who’s the Hamilton County Republican chairman, said he believes the convention will be contested.

“I’m going to be very honest: I wish this were not the situation,” Triantafilou said. “I wish we had a clear nominee early in the process.”

The Kasich campaign hosted a conference call earlier this month to brief delegates on the convention process and the Ohio Republican Party will hold an event again at the end of this month.

Butler County Treasurer Nancy Nix, who’s a Kasich delegate, said she still has many questions about how the convention will work.

July will be Nix’s second convention as a delegate. When she traveled to Tampa in 2012 to be a Romney delegate, she never thought to study up on convention rules before heading down South.

“It’s an altogether different mindset going into Cleveland,” Nix said. “There are so many questions … It’s still so much up in the air. I hope we get a few more answers.”

Nix said she wants more clarification on how many rounds of voting will be permitted and if the convention could extend days past schedule if a nominee isn’t selected.

“Let me be clear: I’m with John Kasich on the first ballot, the second ballot, the third ballot and if there’s a fifth ballot,” Winburn said. “I’m all the way.”

The three remaining presidential candidates – Kasich, Donald Trump and Ted Cruz – have beefed up their convention management staff and strategies as the prospect of a brokered contest becomes imminent.

Some believe the Cruz and Trump campaigns have avoided bartering for the Ohio delegates’ votes because of Kasich’s standing as the state’s governor.

“We are pretty confident in our Ohio delegation and we’re confident that they’re committed to the governor – no matter how many ballots that we find ourselves voting through – in July," said Emmalee Kalmbach, a Kasich spokeswoman.

All delegates interviewed for this story said they haven’t been contacted by other campaigns pressuring them to change their vote, but most expect the day will come.

“I haven’t received any pressure from anyone,” said Ohio State Rep. Niraj Antani, a Kasich delegate. “If I were the other campaigns, I would assume Ohioans are for Kasich and move on.”

In fact, Antani will start making a few calls himself soon. He plans to reach out to delegates in other states and ask them to consider a vote for Kasich when July comes around.

“I’m hoping … to use my personal network in finding unbound delegates for Kasich or delegates for him the second round,” Antani said.