How and where did Kasich pull off Ohio win? 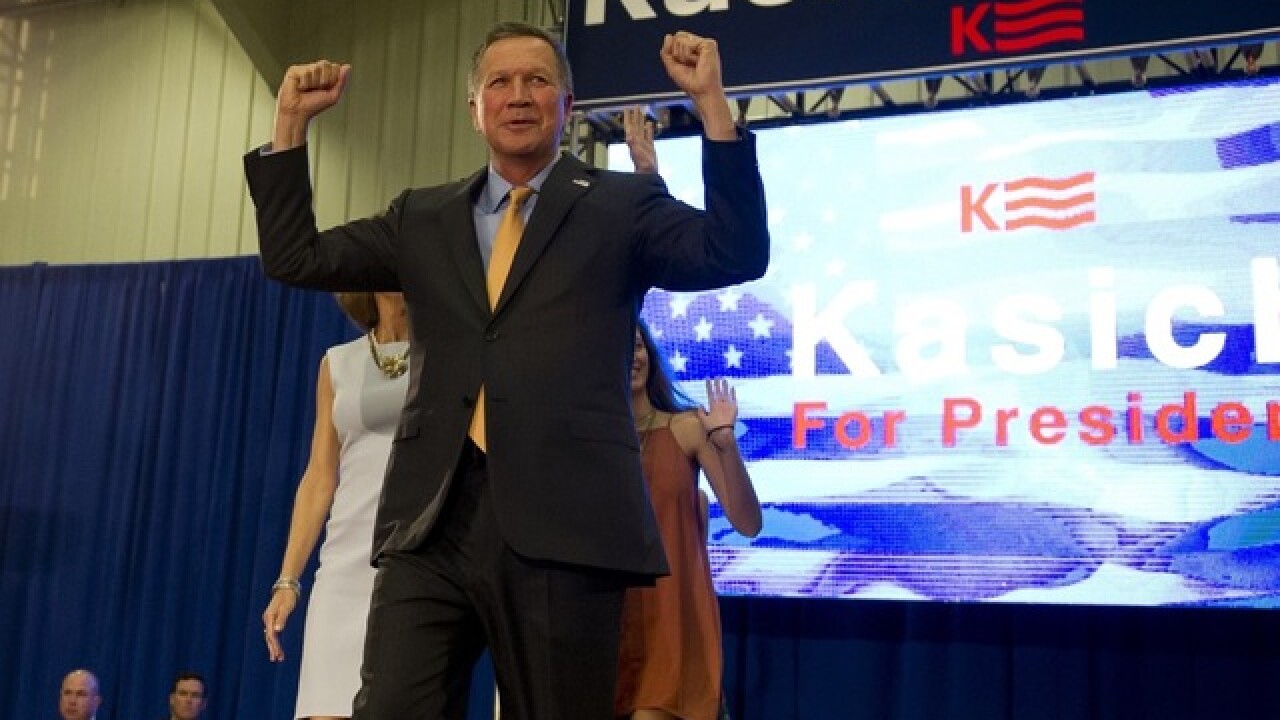 John Kasich's ground game and a strong network of volunteers gave him another boost — this time to win his first state — in Tuesday's presidential race.

Kasich spent much of the last week stopping at pancake breakfasts and holding town halls around the state to pick up 66 delegates in Tuesday’s Ohio primary.

He did that all while volunteers knocked on doors, plugged Kasich’s name in phone calls to voters and stuffed mailers with his campaign fliers.

The effort was a stark contrast to GOP front-runner Donald Trump, who flew into the state on four separate occasions for roughly 60-minute campaign stops during the final days of the campaign.

Kasich flexed his muscle as governor Tuesday night: He used the network that helped get him into the governor’s office to defeat Trump, Miami University political science professor Christopher Kelley said.

“That’s what helped Kasich immensely in Ohio,” Kelley said. “He still had that (gubernatorial campaign) network intact that really help pull it out county by county."

Kasich’s strong ground game was a good reminder to local voters of why they put him in office twice, said Jared Kamrass, a political consultant at Rivertown Strategies in Cincinnati.

It also helped Kasich secure what Kamrass described as an impressive margin over the GOP front-runner.

"It goes to show that the saying is true: all politics is local,” Kamrass said. “Kasich won in Ohio tonight because those voters know him best.”

Kasich’s big win — combined with a strong showing at the polls for Democratic presidential candidate Hillary Clinton — also supports the notion that many of Ohio’s moderate voters won’t support an unconventional candidate like Donald Trump or Bernie Sanders.

“We’re very familiar with what it takes to win Ohio,” Borges told WCPO in December. “We’ve done it time and time again. Unfortunately, Trump’s message is not going to be a winning one for Ohio next year.”

On Tuesday night, Borges turned out to be right.

The state proved to be so moderate Tuesday night that some Democrats might have crossed over to vote for Kasich, said University of Cincinnati political science professor David Niven.

"I think the ground game helps… and it showed that the typical Ohioan is open to his message,” Niven said.

The Ohio governor pulled off particularly big wins in urban counties. He carried every county with one of Ohio’s major cities, mostly with double-digit leads over Trump.

But as expected, Trump garnered solid support across the southeastern and eastern parts of the state, picking up nearly every county that borders Pennsylvania and West Virginia. That part of Ohio represents the state’s most rural and poorest areas.