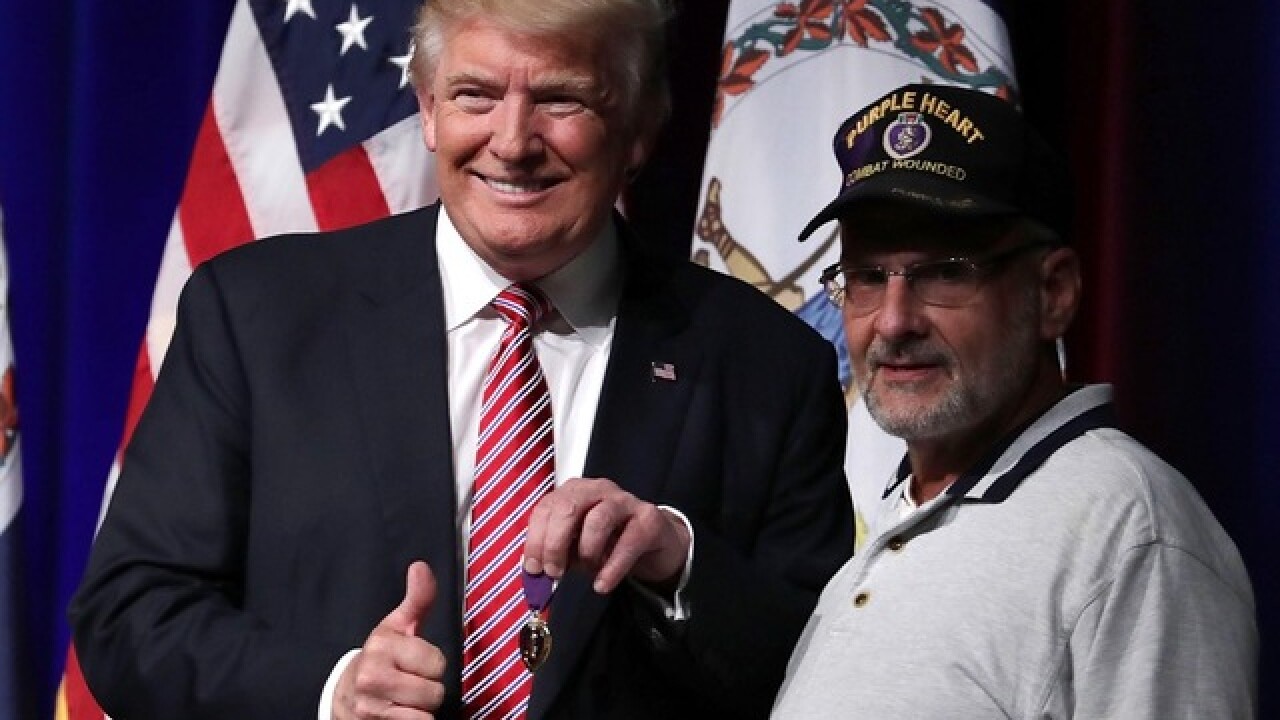 CINCINNATI -- Republican presidential nominee Donald Trump's remarks about always wanting a Purple Heart has stirred up more ire, with some saying he doesn't understand the significance of the military honor.

The Purple Heart is awarded exclusively to service members injured in combat. Opening a rally in northern Virginia, Trump accepted a Purple Heart from an audience member saying he "always wanted" to receive it.

"This was much easier," he said of the gift.

That comment didn't sit well with some Tri-State wounded at Cincinnati's Purple Heart Day on Fountain Square. Tom Anderson, 91, lost both hands and an arm during World War II. He thinks the remarks cloud the significance of the medal.

"A lot of people don't understand the Purple Heart," he said.

Tony Kohl said the greatest offense is making service members and their families part of a political campaign.

"All sides in this political race, leave all military factions out of it," Kohl said.