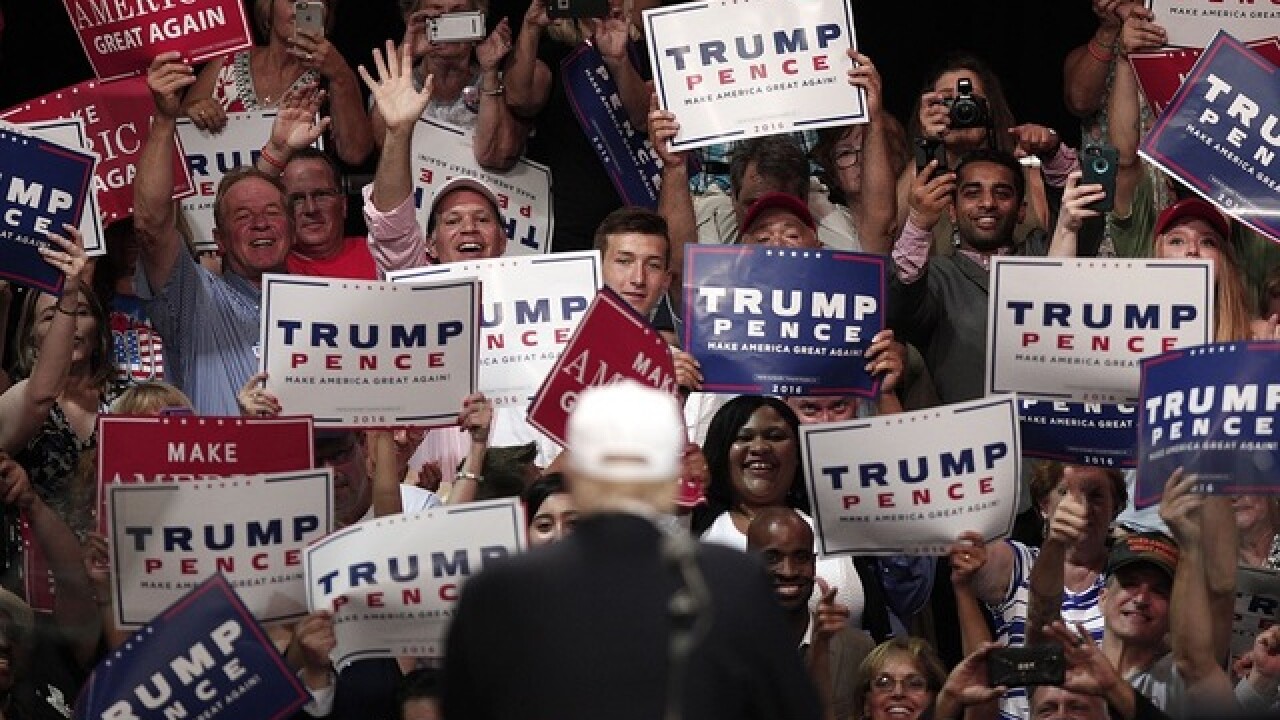 MIDDLETOWN, Ohio -- For pundits and politicos baffled by the appeal of a wealthy New York businessman to the struggling white working class in Appalachia and Rust Belt mill towns, J.D. Vance's book "Hillbilly Elegy" is offering some insights.

It's a vivid, deeply personal tour of the stark world he grew up in, set mainly in this southwestern Ohio city hit hard by the decline of its dominant steelmaking company, but also in his familial eastern Kentucky hills region. They are places where, for many, the American Dream long ago faded into despair.

IN DEPTH: Why Butler County is crucial for Trump

Vance has a colorful family: Mamaw (grandmother) douses the sleeping Papaw with gasoline and drops a lit match to punish his carousing (he escaped with minor burns), and his mother's own problems with spreading substance abuse lead her to Rollerblade through a hospital emergency room and to badger him into providing a urine sample for her drug test. He learns early to fight to defend family honor, while coping with a chaotic home life.

With his tough Mamaw's support, he went on to serve in the Marines, including in Iraq, and to success at Ohio State University, at Yale Law School, and in a Silicon Valley investment firm.

Subtitled "A Memoir of a Family and Culture in Crisis," his book quickly hit best-seller lists while attracting the attention of national TV talk shows and columnists. Vance discussed it in a telephone interview:

On supporters of Donald Trump:

"He communicates in a way that is very relatable to a lot of people; it's one of the things that both parties frankly have been increasingly bad at, which is connecting to voters in an emotional and kind of visceral way, and I think Trump does that. ...

"And he is tapping into a substantive concern that people have ... the sense America's best days are behind it and the future doesn't hold a whole lot of promise."

On writing a memoir at age 31:

"I was very bugged by this question of why there weren't more kids like me at places like Yale ... why isn't there more upward mobility in the United States?

"I felt that if I wrote a very forthright, and sometimes painful, book, that it would open people's eyes to the very real matrix of these problems. If I wrote a more abstract or esoteric essay ... then not as many people would pay attention to it because they would assume I was just another academic spouting off, and not someone who's looked at these problems in a very personal way."

"I think it ... creates very ambivalent feelings about government policies to begin with; that's a big reason, frankly, that there's been this political shift in these areas to the Republican Party. ...

"You know people that are really down on their luck, who really need this help, but then you also see other people who seem to be gaming the system in one way or another, and it makes you feel a little bit resentful of the people who you feel like aren't really trying ... I think that's one reason why people are a little bit mistrustful of their neighbors and maybe why these communities aren't quite as strong as they used to be."

On improving opportunities through education:

On reaction from his family and home areas:

"I was frankly worried about what the reaction would be, but everybody has been extraordinarily positive and supportive.

"I involved my family in writing the book. ... I think it's been very, very good for us to talk about and think about some of these things.

"Friends I hadn't spoken to in a while, acquaintances from middle school, have reached out. ... I think when you grow up in an area like this, you just can't miss how complicated a lot of these issues are, and a lot of people have told me they appreciate that I tried to be honest about the complications and also passionate about them."