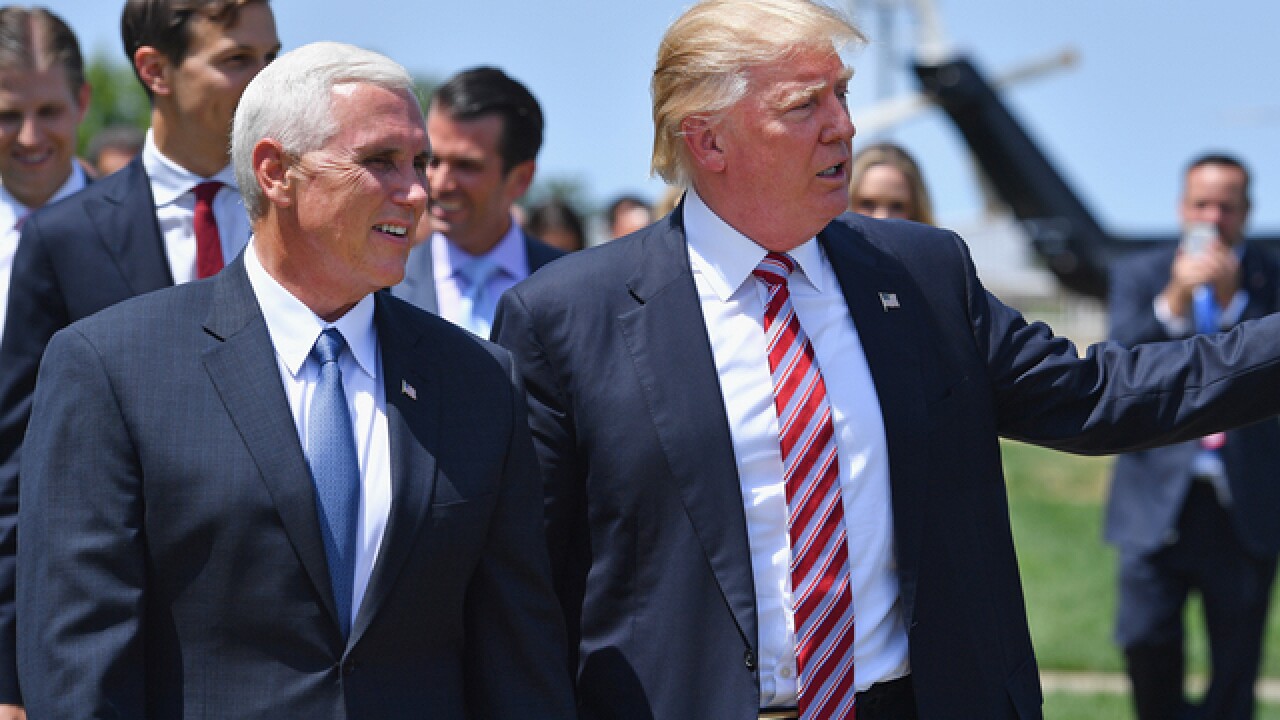 Jeff J Mitchell
<p>CLEVELAND, OH - JULY 20: Donald Trump and his family attend a welcome arrival event with Governor Mike Pence and his family at the Great Lakes Science Centre on July 20, 2016 in Cleveland, Ohio. Republican presidential candidate Donald Trump received the number of votes needed to secure the party's nomination. An estimated 50,000 people are expected in Cleveland, including hundreds of protesters and members of the media. The four-day Republican National Convention kicked off on July 18. (Photo by Jeff J Mitchell/Getty Images)</p>

CLEVELAND -- The focus at the Republican National Convention Wednesday is on Indiana Governor Mike Pence, who is scheduled to take the stage and officially accept the nomination for vice president.

Many delegates were hoping Pence would reveal more about himself.  Butler County Prosecutor Mike Gmoser said it would be a learning process for the nation, but first impressions are everything.

“I don’t know that much about him yet,” Gmoser said. “I don’t think the country does … He appears to be a real stable guy, and I think that will be a good balance for Trump, who is perceived as being not so balanced and a little more off the cuff and spontaneous.”

Christopher Devine, who teaches political science at the University of Dayton, said he believed Pence’s presence in the campaign “overall is to present someone who is clearly a part of the conservative movement.”

For Ohio delegate Chris Hartmann, the selection of Pence speaks to the heart of the heartland.

“I kind of tell people you know we're from the Midwest and Donald Trump is not from the Midwest so he doesn't speak like a Midwesterner,” Hartmann said. “I'm not expecting him to do so, but his ability to reach out to pick Mike Pence, to choose a Midwesterner as his running mate who has certain disagreements on major positions, it shows maturity that he is willing to listen to other positions, that's not some ‘my way or the highway’ type view and it shows his leadership.”