Helping drug users get clean is hard. That's no reason not to do it, anti-trafficking advocate says. 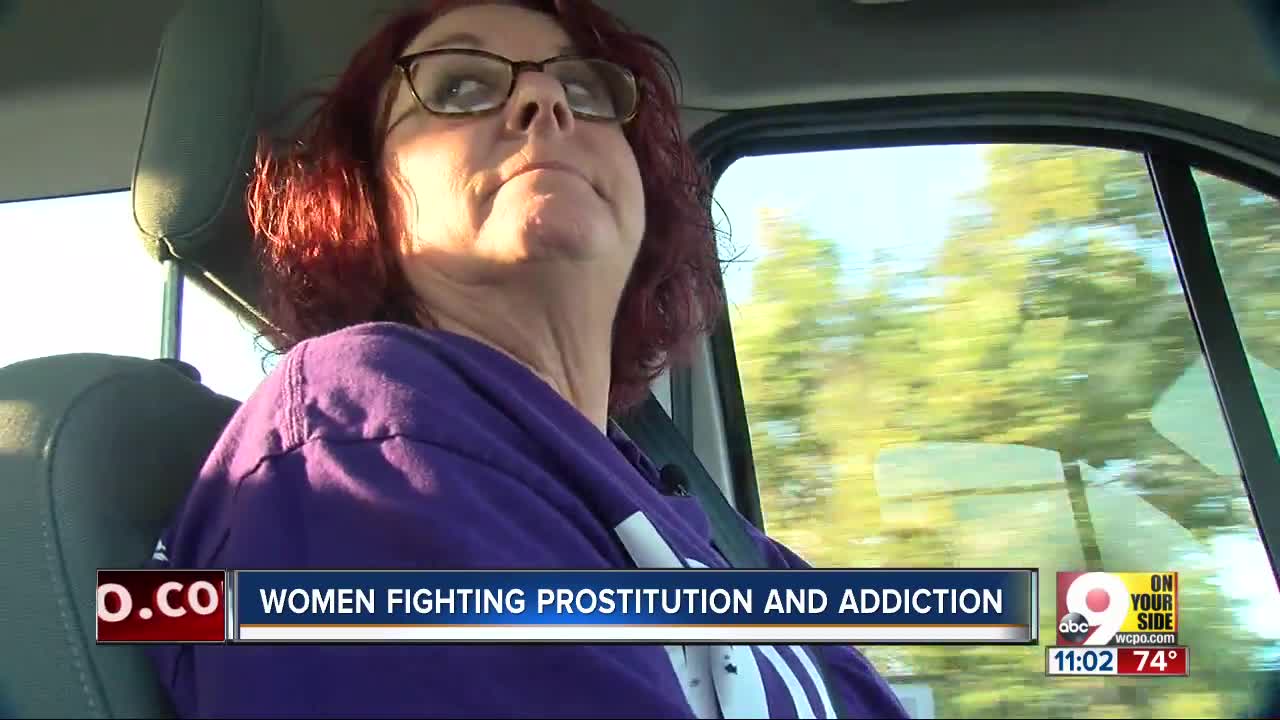 Anti-trafficking advocate Scarlet Hudson doesn’t win often, she said Wednesday night. Only about 7% of the people she and the other Women of Alabaster approach wind up getting clean. Maybe a little less, even — somewhere between one in 15 and one in 20, per her own personal accounting of the hundreds she meets every year. But the victories make it worthwhile to spend every Thursday and Saturday driving around in a loaned-out church van, approaching people working as prostitutes and offering them food, hygiene items and understanding company. They call her Mama Scar.

CINCINNATI — Anti-trafficking advocate Scarlet Hudson doesn’t win often, she said Wednesday night. Only about 7% of the people she and the other Women of Alabaster approach wind up getting clean. Maybe a little less, even — somewhere between one in 15 and one in 20, per her own personal accounting of the hundreds she meets every year.

But the victories make it worthwhile to spend every Thursday and Saturday driving around in a loaned-out church van, approaching people working as prostitutes and offering them food, hygiene items and understanding company. They call her Mama Scar.

“(We) just meet them where they are,” she said of her Central Avenue-based organization, which takes heavy cues from her Christian faith. “Try and strike up a friendship, a trust almost, enough so that they'll trust us enough to talk about detox and then treatment. It takes a long time. They don’t trust a lot of people and you can understand that because people have let them down and hurt them."

Most of them are working as prostitutes to support a drug habit, according to Hudson. That’s not unusual. Although prostitution and addiction are not mutually inclusive states of being, studies and recovery centers note a high rate of overlap. Together, they form a tightening knot that can keep street-level sex workers from leaving the profession or getting clean.

“I mean, nobody wakes up one day and says, ‘I want to sell myself,’” Hudson said. “Nobody wants to be a drug addict. Nobody dreams of that.”

RELATED: Prostitution is ‘happening all day, everyday’ in Price Hill. Two days a week, he tries to stop it.

On the Saturday she allowed WCPO to ride along, Hudson drove her van through Price Hill’s Warsaw Avenue, which she described as a hot zone within the city. She spotted two of “our girls,” women she sees frequently, right away and stopped to offer them hygiene items.

Further down, heartbreak: A woman she had helped enter an addiction recovery program. Hudson stepped out of the van to talk to her in private. When she returned, she said the woman had abandoned treatment two weeks before.

“Just getting there the first time is an accomplishment for them,” Hudson said. “I mean, it’s huge because they’re scared. They don’t know what to expect.”

It’s possible a second time would be easier and set them on a path to more permanent healing. It’s also possible they could die without ever recovering, she acknowledged. It’s happened before. Nine people she knew died in 2018.

But some do get better. Gracie Patton did, and her recovery started with a bag lunch from the Women of Alabaster on McMicken Avenue.

Patton, 35, said she had never been clean for more than 18 months when she first met Hudson.

“It started with the death of my biological mom,” she said of her struggle with addiction. “I started with pain pills and moved my way up the ladder. ”

By the time the Women of Alabaster arrived in her life it was heroin, plus sex work on the street and the internet to afford it. Patton said she knew she needed help but, like many other sex workers she knew, was too afraid to ask for it in case someone reported her to the police.

The fact Hudson engages with people working as prostitutes without involving the police is important, she said.

“Their love and their caring and their approach, like they’re not fake toward us addicts; they don’t have no judgement when you’re there,” she said of the Women of Alabaster. “Scarlet showed up for me. She was praying for me. She knew who I was and I didn’t even know who she was. Whenever I needed her, she showed up. And I’m very grateful.”

Patton was three years and six months clean when she spoke to WCPO. She regained custody of her son, Heavenly, and has a steady job supervising a hotel’s house-cleaning department.

And she believes her experiences can help her change the lives of women still caught in the knot.

“They help me and eventually I give back by helping the next addict because I learned from my experience, being able to reach out and ask for help and somebody show up,” she said.

She invited the Women of Alabaster to bless her new apartment on Saturday.

Moments like that make Hudson’s work worthwhile, she said.

“My hope is in God, so I know that he can work miracles in people’s lives if we keep coming out here,” Hudson said. “We’ve seen it happen. We go to court with them. We go to the hospital with them. Whatever issues they might have, we try to help them get insurance.”