With funds raised, Marian Spencer sculpture is a big step closer to becoming a reality in Cincinnati 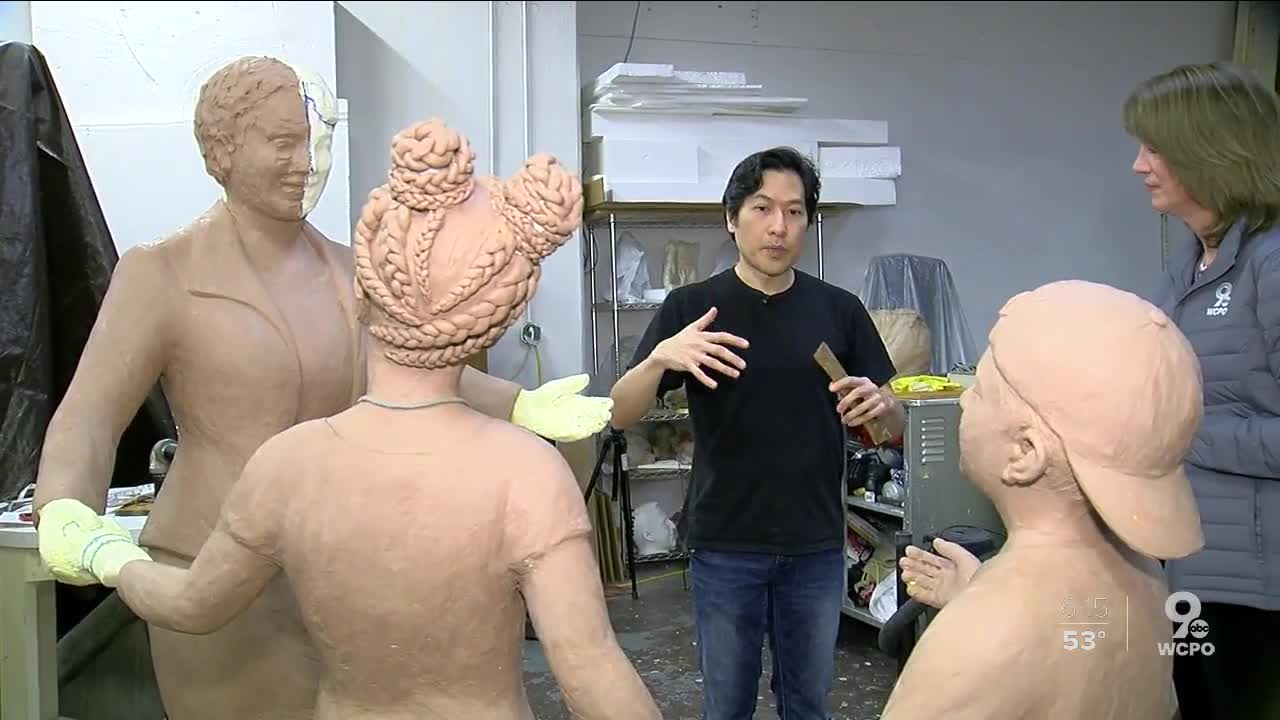 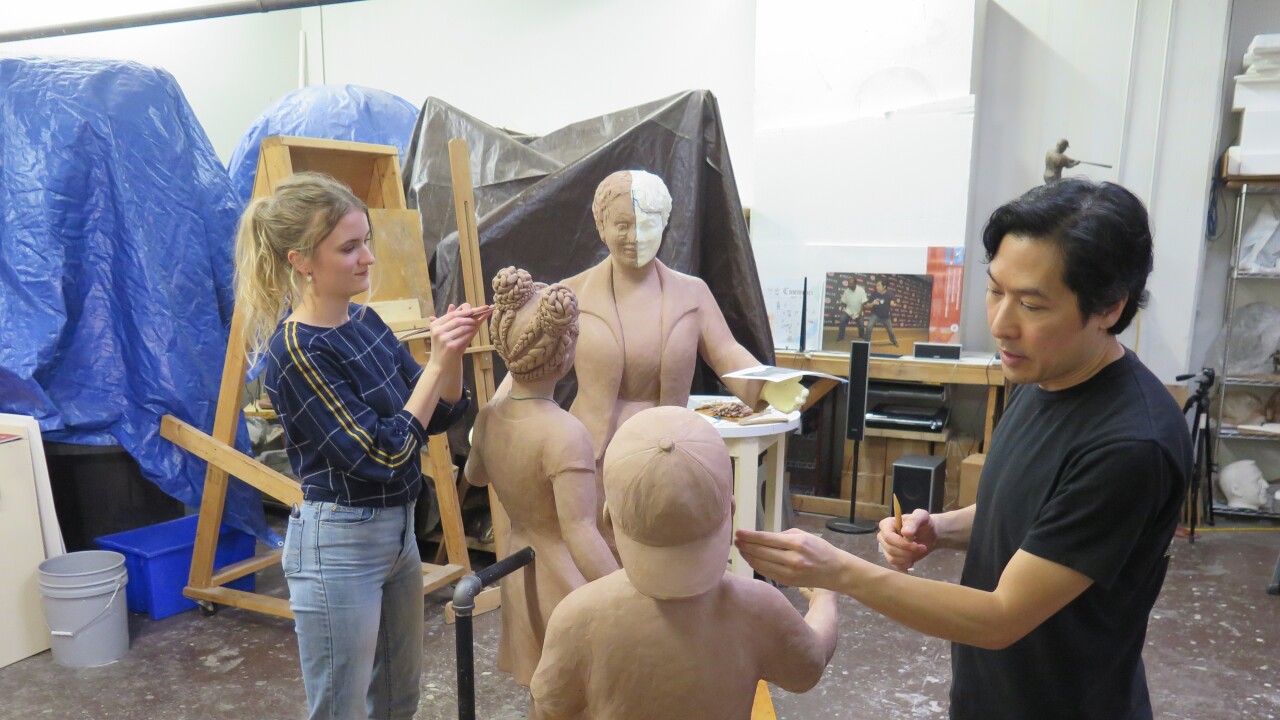 UPDATE: The fundraiser referenced at the end of this story has been postponed because of the COVID-19 outbreak. The information has been updated.

They’re creating a life-size sculpture to honor Marian Spencer, who died last July. The Cincinnati civil rights icon was best known for her work to integrate Coney Island and its pool, and hers will be the first statue in Cincinnati to commemorate a real woman.

Spencer’s niece, Camille Haamid, said her aunt would be tickled by the statue and its design, which depicts Spencer as she looked in 1984 interacting with a modern-day girl and boy.

“Marian worked so hard for so long for so many good causes around the city,” Haamid said. “What you saw was exactly what you got. She was as pretty on the inside as she was on the outside.”

But Schneider stressed that the fundraising efforts have been grassroots, with donations as small as $1 or $20 and as large as $10,000.

“This has really been a lot of people pitching in and giving money,” she said. “It seems to have hit a chord with people.”

Spencer spent most of her long life fighting for civil rights. She became a member of the NAACP at age 13 after seeing members of the Ku Klux Klan march in front of her home in Gallipolis, Ohio. She attended the University of Cincinnati with her twin sister, Mildred Malcom. At UC, Spencer campaigned for the whites-only college prom to be open to all students.

She persuaded the local YWCA to open its new cafeteria and swimming pool to black and white people in the 1940s. She then pushed for the integration of all the YWCA’s cafeterias, swimming pools and summer camps nationwide, which was the organization’s policy by 1950.

That’s why Tsuchiya designed her standing as she is, he said.

The bronze figures of Spencer and the two children are designed to be approachable once they’re completed, he said. Spencer stands smiling with her arms outstretched. Her right hand holds the hand of the little girl in the sculpture, while the girl also holds hands with the boy next to her.

Visitors will be able to become part of the artwork by holding hands with Spencer and the little boy.

Tsuchiya and Erardi, who is co-sculptor on the project, are now covering a full-size foam model of the statue with plasticine clay. Here's how the process works: After the figures are covered in clay and all the details are sculpted, the pieces are moved to a local foundry, where casts are created for the final bronze sculptures.

The girl in the statue is a composite of four Winton Hills Academy students who wrote an award-winning children’s book about Spencer’s life. The little boy is not supposed to look like a specific person. He will be wearing a Cincinnati Reds ballcap and a T-shirt that says “keep on fighting,” one of Spencer’s favorite sayings.

“The plan is to fit beautifully in Smale Park so people can walk right up, and it almost looks like there’s a neat scene going on with Marian talking with the children here,” Tsuchiya said. “I think that it’s very key for a sculpture of Marian with the children because it helps tell the story of her achievements more than if it was just a single sculpture standing by herself.”

Haamid, who is the daughter of Spencer’s twin sister, modeled for the sculpture of her aunt and actually wore one of Spencer’s suits so Tsuchiya could capture the likeness as perfectly as possible.

She said being asked to be part of the process in that way was a gift.

“I was so sad when she died. It really helped me a lot to do that little thing,” Haamid said. “I can’t wait until it’s finished so I can just go and be with my aunt.”

The Woman’s City Club still is working to raise $10,000 to fund ongoing maintenance of the statue. The club’s upcoming National Speaker Forum is an important fundraiser for the group. The event will feature Denise Kiernan, the author of "The Girls of Atomic City" and "The Last Castle." She will speak on “Grit & Grace: Feminist Inspiration from the Gilded Age to the Atomic Age.” The event will be held at 7 p.m. Sept. 16 at Memorial Hall in Over-the-Rhine. More information is available online. Tickets can be purchased online, too, at Memorial Hall’s website.