Too many black moms die of pregnancy-related causes, and a new effort is working to change that

'Having a baby shouldn't be a death sentence' 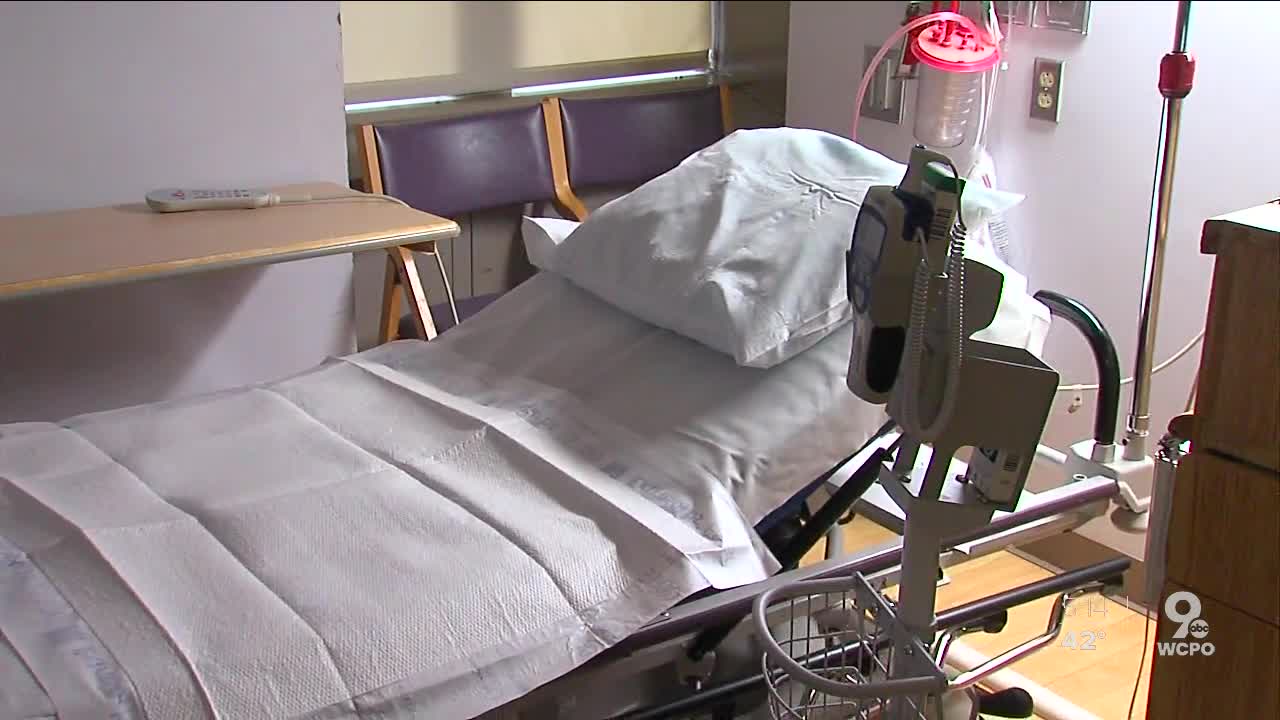 'Having a baby shouldn't be a death sentence' 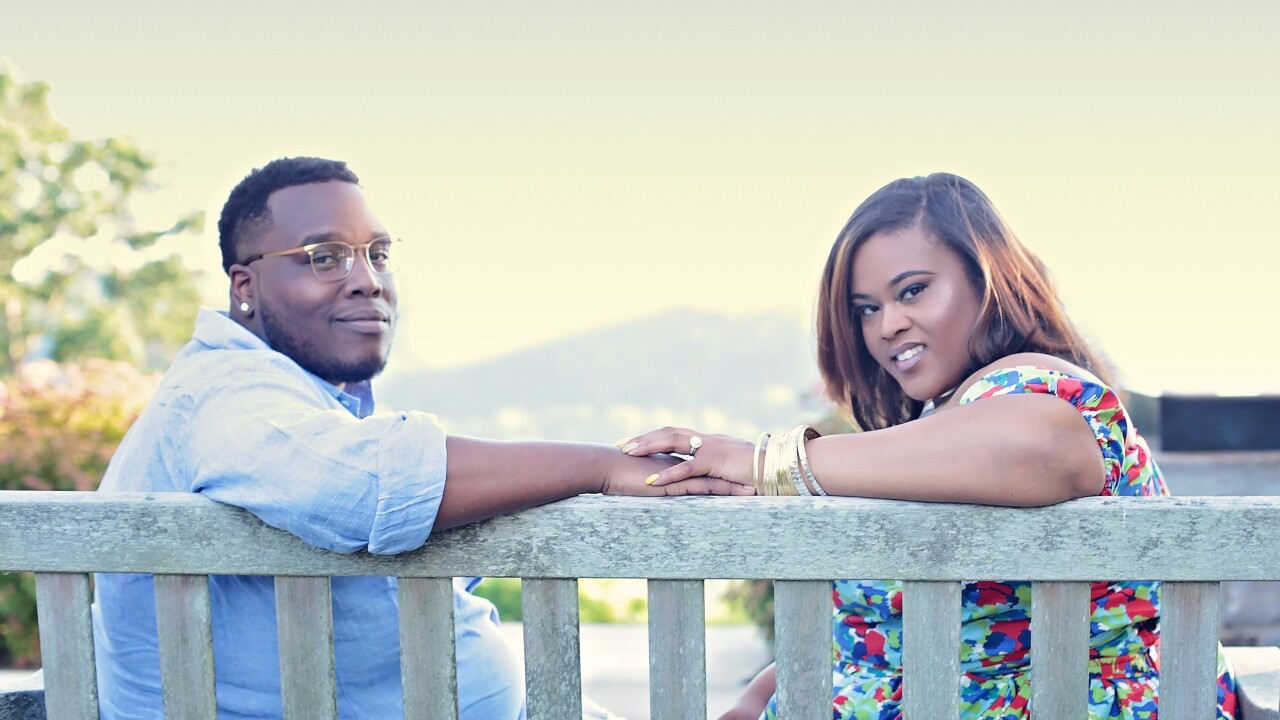 CINCINNATI — Happily married and keenly aware of her biological clock, Danyelle Bush dreams of being a mother.

Bush is black, and African-American women in Ohio are nearly three times more likely to die of a pregnancy-related condition than white women.

“Having a baby shouldn’t be a death sentence.”

That’s why health care providers and advocates in Hamilton County have launched a new effort to reduce the number of women here who die from pregnancy-related causes and improve the odds for black women.

The work is part of a national push to determine the causes behind maternal deaths and the best ways to prevent them. Cradle Cincinnati, the initiative working to reduce infant mortality in Hamilton County, received a $710,000 five-year federal grant from the Health Resources and Services Administration to fund the work.

“The health of moms is really paramount to the health of their babies,” said Ryan Adcock, executive director of Cradle Cincinnati. “And even though we work on infant mortality and people often want to come talk to us about smiling, cute babies, the real heart of the matter is with those babies’ moms.”

Ohio’s moms could be doing a lot better.

The report examined 186 of those deaths that were pregnancy-related, meaning that the cause of death was related to, or aggravated by, the woman's pregnancy or how it was managed.

The most common underlying causes of those deaths were heart conditions, infections and excessive bleeding, as well as pre-eclampsia and eclampsia, two conditions marked by high blood pressure.

The report found that 57 percent of the deaths could have been prevented.

The study also found that black women are more than two and a half times more likely to die of a pregnancy-related condition than white women.

More than half the deaths involved such factors as health care providers incorrectly diagnosing women, delays in diagnoses and failure to adequately screen or assess risks, the report found.

Simply being black was a larger risk factor than the type of community where women lived, their level of education, their marital status, the type of insurance they had or even their age, according to the report.

Research is now underway to determine what the racial disparities are in Cincinnati and Hamilton County specifically. Beth Clayton, the director of the nurse anesthesia program at UC’s College of Nursing, is leading the research, which includes reviewing the medical charts for every maternal death that has occurred in the UC Health system over the last five years.

“We’re looking at race, age, insurance status,” she said. “We’re going to see if we fall in our community along with what we’re seeing nationally.”

Gathering accurate data here, and across the nation, is critically important, Adcock said, because it can help show which strategies are working to reduce maternal deaths.

Reducing the number of deaths and “near misses” is a critical part of Hamilton County’s approach to the problem, said Kelly, who also is interim chair of the Department of Obstetrics and Gynecology at the University of Cincinnati’s College of Medicine.

“We are focusing more and more on quality improvement science, evidence-based medicine and pathways to enhance outcomes,” she said.

That work started at the University of Cincinnati Medical Center about four years ago and has come into sharper focus more recently as the problem of maternal mortality has gotten more attention nationally, she said.

More and more, hospitals are following pathways, or specific policies and instructions to follow in particular circumstances, Kelly said.

The guidance comes from the Alliance for Innovation in Maternal Health and the American College of Obstetrics and Gynecology and has been proven to work in California, which has been leading the nation when it comes to reducing maternal deaths, she said.

“Following a pathway that tells us what drugs to use when, who should be calling the anesthesiologist, how the nurse interacts, makes us function as efficiently as we can in a life-threatening situation,” she said. “All maternal death is not happening in the hospital. But right now we are saying this is something we can control, and we absolutely have to use the best science to drive our outcomes.”

Cincinnati and Hamilton County hospitals are working hard to make sure every medical professional involved in a woman’s pregnancy is part of that effort, said Clayton, who also is an obstetrics anesthesia expert.

“Health care was so much in silos,” she said. “I feel on the maternal health, we’re really seeing such interdisciplinary collaboration and really support each other’s roles. And that’s how we’re going to be able to make improvement and make it faster.”

Still, local experts say the work must extend beyond research and life-saving protocols to have the greatest impact.

The role of racism

The efforts also must tackle implicit bias, said Dr. Roosevelt Walker, president of the Cincinnati Medical Association, which represents doctors who are African-American and members of other underrepresented minority groups.

He defined implicit bias as preconceived notions that are based on narrow stereotypes and said that bias, even when exhibited subtly, is at the root of the racial disparity in maternal deaths.

Cradle Cincinnati’s 2019 report on infant mortality underscored the problem of implicit bias when it comes to racial disparities in infant deaths, a problem the organization has tracked for years.

Research has been slower to spotlight the racial disparities in maternal deaths. Clayton said she thinks that’s because issues related to women’s health end up “on the back burner too often, unfortunately.”

But Adcock, of Cradle Cincinnati, said he fears the reason is even more specific.

“By and large, the women who are dying are black women, and we have a long history in this country of being slow to react when it’s a black population that’s being harmed,” he said. “I think that’s part of the equation.”

The fact that black moms die more often than white moms is something African Americans have known anecdotally for years, Roosevelt said.

“What’s important is that it has now been recognized as a significant issue that needs to be addressed and needs to be rectified,” he said.

“What I want to do is really build a robust home health program in partnership with Cradle Cincinnati,” Moore said. “You have to get close to people. But you have to have a comfort level to do that, to be able to educate and to touch. It’s not a one in, and you’re out. This is a relationship that you develop with those moms and those families.”

The power of black women

Black women in Cincinnati and Hamilton County already are working to do their part, said Meredith Shockley-Smith, Cradle Cincinnati’s director of equity and community strategies.

She created Queens Village, a social network for African-American women designed to provide a safe and supportive space for them to discuss their hopes, dreams, fears and frustrations. Last year, 700 local women participated in the group.

While Queens Village started as an initiative to help reduce infant mortality, the group now hopes to reduce maternal mortality, too.

The women who are involved are pushing for broader use of doulas, people who are trained to provide guidance, support and advocacy for women during their pregnancies and deliveries.

Shockley-Smith said advocates, and especially the women of Queens Village, are working to have doulas available to more women as early as this year and to make it an option for all Medicaid patients in Ohio starting next year.

“The black women who are in that space are not all poor. They are not all undereducated. But we are certainly always thinking about the women who are most in the margin,” she said. “So it is really important to us to hold the line on getting doulas to people who cannot afford it. I just don’t want money to be in between life and death.”

Death is what Danyelle Bush worries about.

Bush has polycystic ovary syndrome, which will make it more difficult for her to conceive a child in the first place.

She has seen friends and family members struggle. And she knows women who have died as a result of their pregnancies.

Bush now works on Cradle Cincinnati’s Queens Village team, which has made her more aware of the risks than ever.

But it also has made her more determined to be part of changing those odds.

“Some people don’t even know. So that really is alarming for me,” she said. “Even if you’re not pregnant, this is something we all need to be worried about.”

And something, Kelly said, that we all need to be working to address.

Kelly said women should be aware of the following warning signs during pregnancy: shortness of breath, chest pain, high blood pressure accompanied by a severe headache, a fever due to infection and generalized swelling.

Experts say women who don’t feel their doctors are listening to them or taking their concerns seriously should bring a friend or family member with them to appointments to help advocate for them. Or they can seek a second opinion or a new doctor.