'All I can say is I'm blessed' 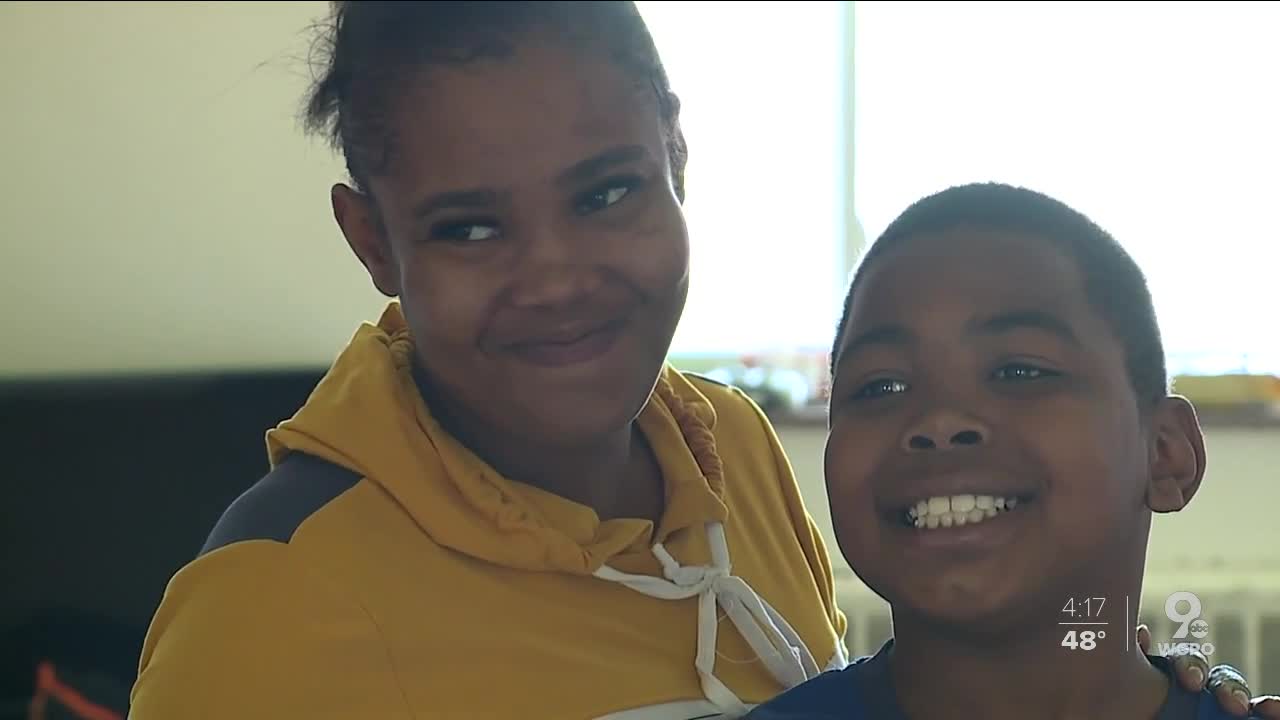 Despite the fact that the region’s unemployment rate is as low as it’s been in years, thousands of families like Carissa Washington’s continue to struggle.

CINCINNATI — Carissa Washington called her son over and placed her hands on his sturdy, 9-year-old shoulders for a family photo.

Qua’Tez smiled wide as his mom kissed him on the cheek for the pictures and video to complete their time with WCPO.

The interview ended much differently than the one Washington did in October 2019. Back then, she and her son were homeless. They spent many nights sleeping in their car with all their belongings stowed in the trunk.

“I’m just so lost and confused,” she said at the time.

Washington didn’t want Qua’Tez photographed back then for fear child welfare workers would try to take him away if they knew her situation. She made call after call to try to get help for herself and her son, only to hear every time that every homeless shelter was full and every program that was supposed to help her had run out of funding.

RELATED: Where are the safety nets designed for people like her?

Washington and her son live in a spacious apartment in Westwood. They don’t have much furniture yet, and they still have plenty of challenges.

Washington got furloughed in March from her job as a cook because of the COVID-19 crisis. Her car broke down, and she hasn’t had the money to fix it. Plus someone broke into her place while she and her son were away, she said, and stole all the food from the freezer.

Even so, Washington and Qua’Tez are far more stable than they were six months ago. She almost couldn’t stop smiling as she told her story.

“I say I’m not trying to impress anybody, but I impress myself,” said Washington, who is 25. “No matter how much my depression was in my head, my anxiety was messing with me or I didn’t want to get out of bed, didn’t want to do anything, I still did it, you know? And it wasn’t for me, it was for my son.”

Her story shows just how difficult it can be for a family in need to become stable and stay that way, said Talbert House CEO Neil Tilow. He could not speak about Washington’s case specifically to protect her privacy. Talbert House has been working to help her get the support she and her son need. But he said financial struggles that include eviction and homelessness can’t be overcome all at once.

“It’s not a light switch, it’s a dimmer switch, and it goes up and down,” Tilow said. “And one event can make it go pretty dark, pretty quick. And getting it back up can be very difficult.”

Here’s how Washington stepped out of her darkest time.

Hungry, no money and driving on empty

Shortly before the initial WCPO story, Washington got what’s commonly known as a “homeless certificate,” a designation that certified her as being officially homeless in the eyes of the federal government. She needed that to qualify for programs funded by the U.S. Department of Housing and Urban Development.

The designation was no guarantee. Only about one out of every 10 people documented as homeless get a spot in a HUD-funded housing program, said Kevin Finn, CEO of Strategies to End Homelessness.

Washington got connected with Excel Development Co. and its permanent supportive housing program. The program is designed to help people who are chronically homeless, Finn said, and families in the program also have someone in the household with a disabling condition.

In Washington’s case, she and Qua’Tez had been homeless twice, and he has special needs.

Excel gave Washington a HUD-funded housing voucher so she would have to pay only 30% of her income toward her rent. She still had to find a landlord that would accept the voucher, which wasn’t easy because of two evictions on her record, she said.

Washington was starting to lose hope.

“It took for a close friend of mine to really be like, you need to get up, get on your feet and do what you’re supposed to do because this is not you,” she said.

“I was outside hungry, no money, didn’t know how I was going to get there, get back,” she said. “Was on E for hours, driving place after place, house after house, calling landlord after landlord, meeting them on E.”

Finally the landlord where she lives now said he would give her a chance, she said. He said if she returned in three days at noon, she would have the keys by 12:30 p.m.

Washington gets $771 a month in benefits for her son because of his special needs. Back when she was paying $600 a month for rent, that didn’t leave much for anything else. She also gets assistance through the Supplemental Nutrition Assistance Program, or SNAP, the federal program more commonly known as food stamps.

With her rent subsidized in her new place, Washington’s next step was getting a new job.

She started working as a cook at a restaurant on Valentine’s Day. She worked full-time, six days a week and caught on so quickly that she was poised to be promoted to shift leader, she said.

The promotion was supposed to come with a raise, increasing her pay from $11.25 an hour to $14 an hour.

Then the COVID-19 crisis hit, and Washington got furloughed.

She has struggled to file for unemployment, she said, perhaps because her phone is her only access to the internet.

Yvetta Collins, a facilitator at Talbert House who has been working with Washington, has been trying to help with that, Washington said.

Washington has heard a bit about the federal stimulus payments that are supposed to help people through the economic crisis, but she doesn’t know what to expect, she said.

“I really ain’t get my hopes up about it,” she said. “I just gotta keep applying that pressure to where it’s needed and not where it’s wanted.”

She figured at least she had enough food for Qua’Tez to last for a while, until someone broke into her apartment and emptied out her well-stocked freezer.

“As long as some kids are being fed with the food they stole and not just some greedy, thieving adults, I don’t feel so bad,” she said. “Only thing I feel bad about is them taking out of another single mother’s house.”

Washington had Qua’Tez when she was just 15. His dad hasn’t been involved emotionally or financially, she said, and life for them hasn’t been easy.

But getting an apartment when she did – before the COVID-19 crisis -- was “extremely lucky,” Finn said, and not only because most people who are homeless don’t get the help with housing that they need.

“We don’t have anywhere near enough affordable housing in Greater Cincinnati,” he said. “That situation has only gotten worse. What we’re seeing now is many landlords are just leaving their apartments vacant for fear of moving someone in who might have the virus.”

As furloughed workers struggle and businesses close for good, a growing number of people could end up homeless in the months ahead, Finn said.

As uncertain as the world feels now for Washington, she said homelessness was far worse.

“I would rather be furloughed and coronavirused and all that, I would rather be in my own home, my own safety, my own food, than be homeless at someone else’s house wondering if they’re going to put me out with my child,” she said. “I’m just so thankful, and all I can say is I’m blessed.”

And she can take pride in how she worked to make those blessings happen for herself and Qua’Tez.