Remembering Rockdale Temple Rabbi Sissy Coran: 'She really cared about each and every human being'

'This loss feels so very great' 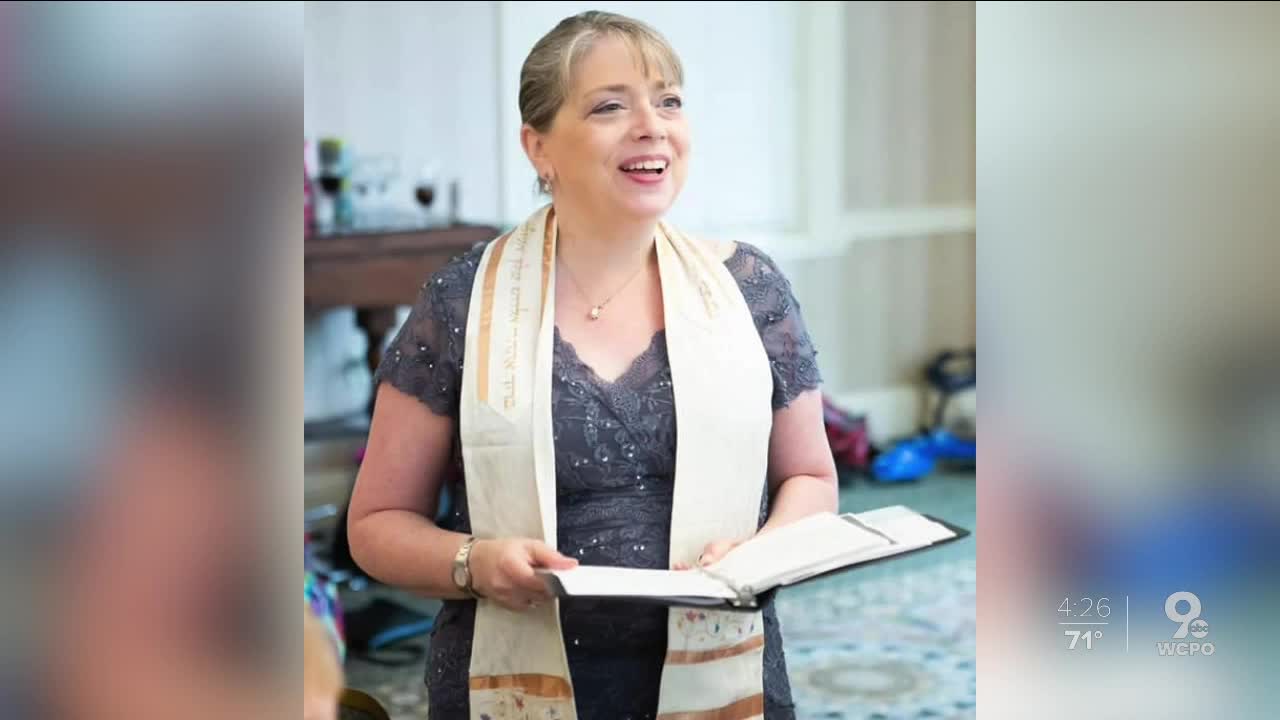 As the senior rabbi of K.K. Bene Israel Rockdale Temple for nearly 16 years, Coran was the spiritual leader for many across Greater Cincinnati. She also had love in her heart for everyone.

CINCINNATI — When lightning struck a Loveland boy away at a Jewish summer camp in 2013, Rabbi Sissy Coran was at his bedside at an Indianapolis hospital within 24 hours.

She stayed overnight with 12-year-old Ethan Kadish so his parents could try to sleep. Nobody knew if the boy would live or die.

“I still remember standing next to her with Ethan, looking over his bed, and the first prayers that she offered over Ethan’s recovery,” said Alexia Kadish, Ethan’s mom. “It meant everything to have her there with us, not only as the dear friend that she was to us, but also as our spiritual guidance and support.”

As the senior rabbi of K.K. Bene Israel Rockdale Temple for nearly 16 years, Coran was the spiritual leader for many across Greater Cincinnati. She also had so much love in her heart that nearly every person she met quickly considered her a dear friend, said Rabbi Meredith Kahan, who worked alongside Coran as Rockdale Temple’s associate rabbi and educator.

“She wasn’t just good with people, as many are. She really cared about each and every human being with whom she crossed paths. I think that’s the most important thing about her,” Kahan said. “She made people feel really known, really heard, really cared for and loved. She treated people with the Jewish value that every person is made in the image of God, that everyone has a divine spark within them. And she believed that about human beings, and she treated them as such.”

That has made this past week all the more difficult.

Coran died May 8 surrounded by family and loved ones. She was 54.

She had informed her congregation several months ago that she had been diagnosed with metastatic breast cancer. She continued her work of leading Rockdale Temple up until just days before her death, Kahan said.

“The loss of Rabbi Coran would certainly be great no matter her personality because she was such a leader in our Jewish community, in our congregation,” Kahan said. “But the truth is that because she had such deep and impactful relationships with every single person she served and every single person she knew, this loss feels so very great and the grief so very great for everyone. There’s a really deep sadness in our congregation right now, and, certainly, I think across our community, in the city and beyond.”

In fact, Rockdale Temple has heard from friends and colleagues from across the nation since Coran’s death, said Jim Heldman, a fourth-generation member of the synagogue and president of Rockdale Temple’s board of directors.

“We have heard from all four corners of the United States,” he said. “She was truly an inspirational leader.”

A legacy of welcoming

Coran became senior rabbi of Rockdale Temple on July 1, 2004, according to the temple’s website. She was the first female rabbi to lead a Cincinnati congregation.

“When I heard that we were hiring a woman — and a young woman — to be senior rabbi and it was trailblazing, I and most of our congregation were very, very excited about that,” Heldman said. “It set us apart, made us somewhat unique, and it was a fabulous choice.”

Coran was born in St. Louis, Missouri, and grew up in Akron, Ohio. She studied clinical psychology and biology at Tufts University and was ordained at Hebrew Union College in Cincinnati.

She was active in several social justice organizations, including the Religious Action Center of Ohio, which Kahan described “as an organizing project bringing together Reform Jews and Jewish organizations across the state of Ohio to build a more just and compassionate state.”

“She was really dedicated to justice work,” Kahan said. “She’s been part of the newer Regional Coalition Against Hate here in Cincinnati. She had important relationships at the Islamic Center of Greater Cincinnati and, of course, was a leader among her peers and a trusted colleague of her peers.”

Her legacy at Rockdale Temple is one of “welcoming people from all walks of life,” Heldman said.

“She didn’t distinguish between young and old or rich and poor or black or white or gay or straight,” he said. “There was a general attitude in our synagogue of welcoming and warmth.”

Her warmth and deep faith shone through at times of great joy and intense sorrow, Kadish said.

Kadish's son, Ethan, survived the lightning strike but was forever changed. He still can’t walk, talk or take care of himself in the most basic ways.

For a 2014 story about the many people who rallied around the Kadish family to help, WCPO asked Coran a question that often comes to mind after tragedy: How can God let such terrible things happen?

“A tragic event like this could make you lose faith in God,” Coran answered. “But for me, and many other rabbis and counselors and community members, to see the incredible power of a community of people who strengthen each other, that gives me faith in God.”

“But I think what was special about her is that she could communicate that kind of faith and that kind of belief in God in the darkest moments,” Kahan said. “And she really, truly believed it.”

Kadish said that she, like so many others across Greater Cincinnati right now, finds it difficult to imagine moving forward in life without Coran beside her.

“She has held our hand as we walk down a path that felt like we were walking on broken glass, when our faith was completely questioned,” she said. “And she always had a way of talking with us and being with us in a way that would always impart something — a piece of herself or a lesson or something — that we could then just grasp little bits of hope.”

Now, Kadish said, the Rockdale Temple congregation and all of Coran’s many friends will be there to provide that strength for Coran’s family. She is survived by her husband, Rabbi Matthew Kraus, and her children: Jacob and his wife, Kim; Shirah; Micah; and Eden.

Funeral services have been held with about 1,500 people watching remotely via Zoom, Heldman said.