'I don't want anybody else to go through that' 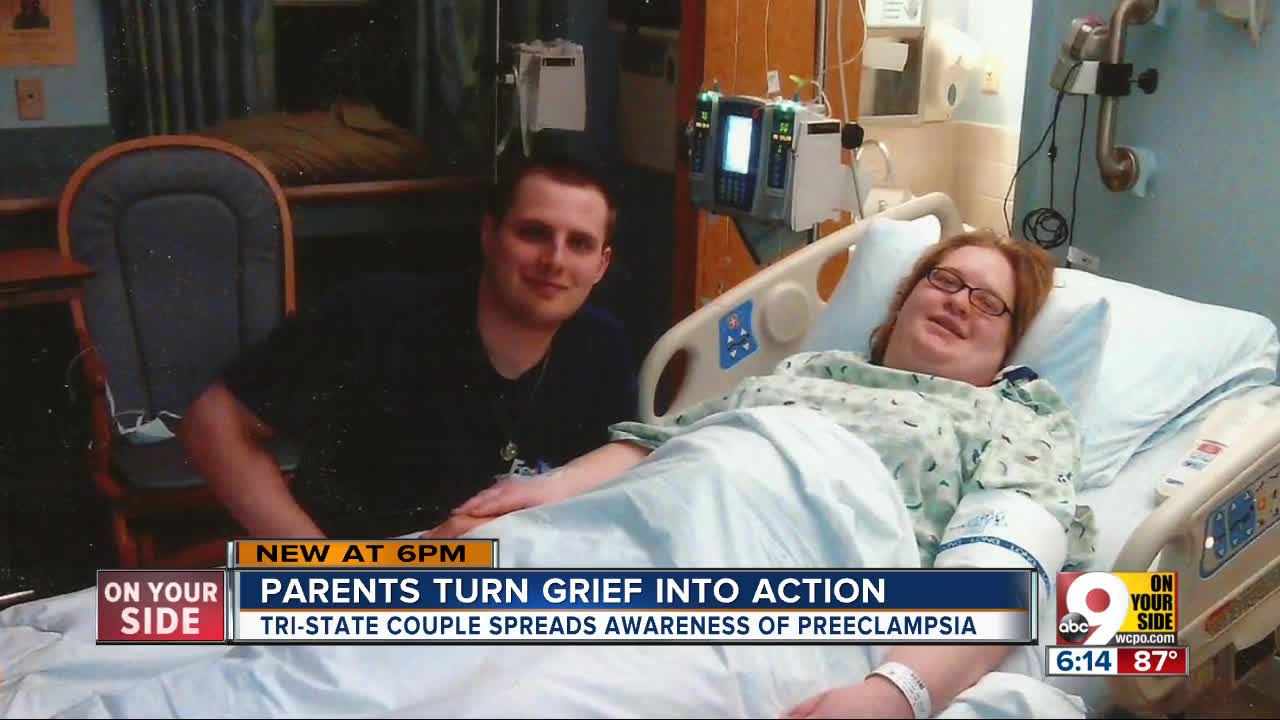 Lauren Doud is the lead organizer for the local Promise Walk for Preeclampsia on June 29 to raise money for research into the condition and fund resources for families impacted by the disorder.

FLORENCE, Ky. — Lauren Doud was 22 weeks pregnant when her husband, Nick, took her to the emergency room for what she thought was a bad migraine.

She was stunned to find out her blood pressure was dangerously high. Then she was diagnosed with a disorder she previously knew nothing about: preeclampsia.

The condition only occurs during pregnancy and in the weeks after a baby is born. It’s primarily characterized by high blood pressure, but swelling, sudden weight gain, headaches and dizziness can also be symptoms.

“I think I was in there about a week and a half until things got really scary,” she said. “They were forced to do an emergency C-section at 24 weeks and one day.”

The Douds’ son, Peter, weighed only one pound and three ounces. Although he seemed to be doing well in the neonatal intensive care unit at first, Peter died just days after he was born.

It’s something far too many families experience. The Preeclampsia Foundation estimates preeclampsia and other hypertensive disorders are responsible for the deaths of 76,000 moms and 500,000 infants around the world each year.

In an effort to reduce those numbers and help other families avoid the heartbreak they experienced, the Douds have channeled their grief into action. For the third year in a row, Lauren Doud has been the lead organizer for the local Promise Walk for Preeclampsia, which raises money for research into the condition and to fund resources for families impacted by the disorder.

“It’s a disease that affects so many, and yet it doesn’t get the same sort of exposure as something like breast cancer, which has several different charitable foundations that have raised millions of dollars for it,” Nick Doud said. “Our goal it to get preeclampsia to that same level of exposure.”

This year’s event will be June 29. Registration starts at 9 a.m., and the program will begin at 10 a.m. at the Sawyer Point P&G Pavilion Downtown.

‘That feeling of helplessness’ for dads

Lauren Doud said she suffered from PTSD after Peter’s death in 2013 and went through years of therapy. The couple had a difficult time even thinking about trying to have more children.

“For me, as a husband and as a father, it was a very helpless moment because I could tell Lauren was in a lot of pain and a lot of mental anguish, and there was really nothing I could do,” Nick Doud said. “That feeling of helplessness is what felt the worst.”

In time, the Douds felt ready to try again. Their son, David, was born four and half years ago without any complications.

Lauren Doud’s pregnancy with their youngest son, Charlie, was a different story.

It was almost two years ago.

Lauren Doud was 35 weeks into what she described as her easiest pregnancy when she started to feel strange again. Her blood pressure shot up, and she was hospitalized for the last week and a half before Charlie's birth.

“Thankfully it was nothing like Peter where organs were shutting down, and I almost died,” she said. “It wasn’t as extreme.”

Charlie is now a healthy, active 20-month-old. He and his brother keeps their parents plenty busy.

The Douds still make time for the Promise Walk, though, and hope to raise $12,500 at this year’s event.

“I just feel like it’s something I have to do, and Nick has been very supportive of that, which I love,” Lauren Doud said. “I look back on what I went through, and I don’t want anybody else to go through that.”

More information about the Cincinnati Promise Walk for Preeclampsia is available online and through Facebook. Online registration is available, too. The program will include comments from a mom who will share her story and Dr. Danielle Johnson from the Lindner Center of HOPE, who will talk about mental health after a traumatic friendly. The event is kid friendly, and dogs are welcome, too.