'You have to send them out on the streets' 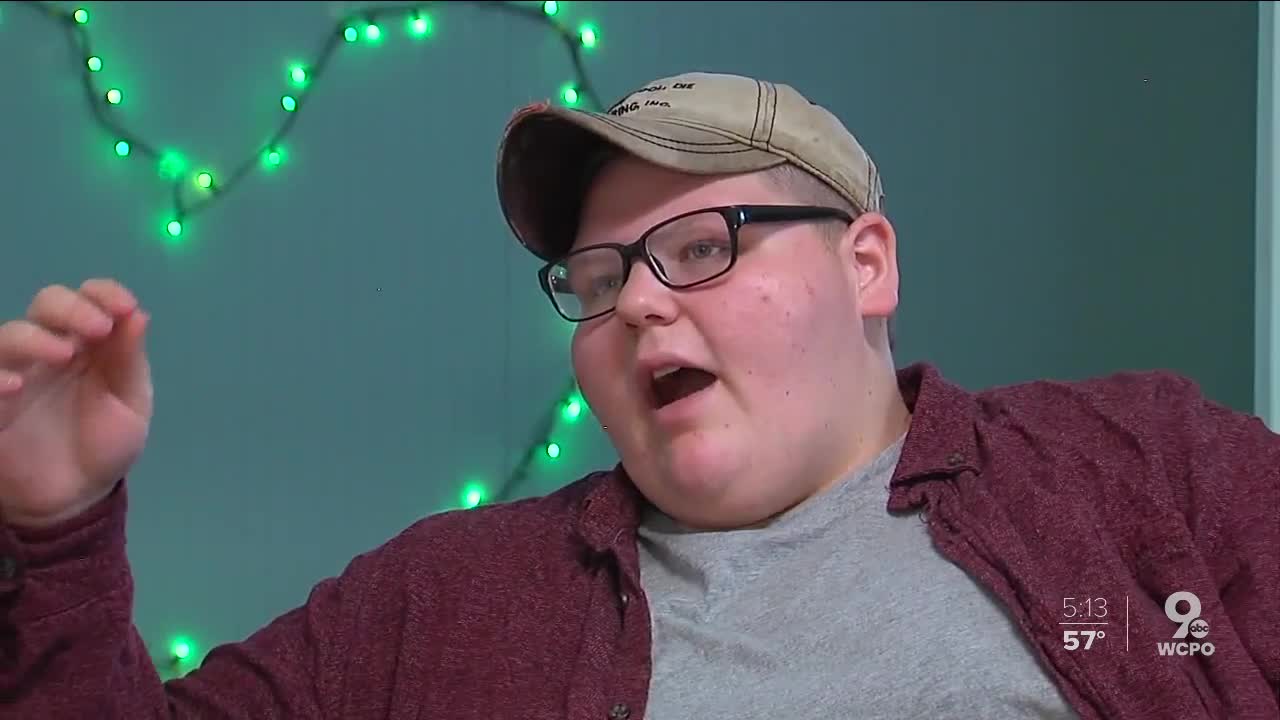 Being a homeless teenager – or a teen on the edge of homelessness – has never been easy. The COVID-19 crisis is making it tougher than ever.

COVINGTON, Ky. — The nights that Justice Pernell spent sleeping in his cold car marked another chapter in the story of his difficult life.

Pernell hasn’t lived with a biological parent since he was 3 or 4 years old. He moved a lot because of abuse and neglect, going from relatives to foster homes to adoptive parents to a final foster placement.

He left his last foster parents after a disagreement, becoming homeless at the age of 18.

“Starting out, it was pretty rough,” he said.

For the past few months, Pernell has been living with his best friend’s family. He feels grateful to have a place to stay, he said, and considers himself “one of the lucky ones.” Still, he can’t help but feel anxious.

“It is a little scary because, you know, growing up feeling like they can get rid of me at any moment. I still feel that now,” he said. “I know anything can happen.”

Being a homeless teenager – or a teen on the edge of homelessness – has never been easy. The COVID-19 crisis is making it tougher than ever.

Shelters designed for homeless youth are full, and others are wary of taking new clients because of the virus, said Dawn Carson, street outreach supervisor at Brighton Center. Helping teens get the documents and benefits they need has become more complicated, she said. And the institutions that teens have always relied upon for support – public libraries and their schools – are closed for any in-person interactions.

Brighton Center’s street outreach team tries to connect young adults who are homeless with friends or family members who can provide them with a place to stay, Carson said, but that doesn’t always work.

“You’re giving them a duffel bag with a sleeping bag in it and blankets and a pillow and clothes and hygiene and food,” Carson said. “You have to send them out on the streets until you can find a shelter for them to go to or a friend to stay with. So it’s very difficult.”

Trying to complete schoolwork during the pandemic also adds to the challenges that homeless teens face.

The Children’s Law Center has many clients who are homeless and have struggled to complete online classes during the COVID-19 crisis, said executive director Acena Beck.

“There have been a lot of headaches to try to work out the education piece for those kids,” Beck said.

School districts throughout Northern Kentucky have given students paper packets of work when they haven’t been able to complete online classes, Beck said, adding that teachers have been delivering the work to students themselves.

“The schools have really done a great job with that,” she said.

James Waugh is a member of the class of 2020 at Highlands High School in Fort Thomas. He said finishing his senior year has been challenging, even with all the resources that Highlands has in place.

“For people who are homeless, or you know they have no computer, and how are they going to get that help? How they going to finish their schooling? Is that going to mean them flunking a grade?” said Waugh, 19, who considers himself an advocate for people experiencing homelessness and poverty.

“There were times in my life where I remember school was the only place I was getting a meal," Waugh said. "To me, it’s personal. But I want to make sure that people who have been through that and have been through worse situations can get the help they need.”

Carson said Brighton Center hasn’t had many young clients express concerns about internet access, but some have struggled in different ways.

“There is one young lady that has had a problem, and unfortunately she’ll probably be repeating the grade again next year,” she said. “We are hoping to get her into adult high school next year if she’s earned enough credits this year to be able to do that.”

There aren’t many places that young, homeless adults can go in Greater Cincinnati for help.

Cincinnati has the Lighthouse Sheakley Center for Youth that serves young adults between the ages of 18 and 24. But the shelter has reduced its capacity from 36 to 32 during the pandemic, and it fills up as soon as a new spot becomes available, said Sheri Hammel Hager, Lighthouse Youth & Family Services' communications director.

Finding youth on the streets, in the woods

Brighton Center’s street outreach team goes out looking for young people who are homeless to try to connect them with help. Kourtney Smith is a street outreach specialist.

“We basically just meet them where they’re at and ask them about their situation and what resources they know about already and then provide them with resources they can use moving forward,” she said. “Then we like to follow up with them weekly.”

Smith and her colleagues carry bags of hygiene products and food to distribute, and they have been handing out special COVID-19 bags during the pandemic, too, she said.

Those bags include a worksheet that explains what COVID-19 is and what precautions young people should take to protect themselves from the virus, along with a small bottle of hand sanitizer, a packet of facial tissues, gloves and sanitizing wipes. Soon the bags will each include a disposable mask, too, she said.

Brighton Center’s outreach workers distributed about 100 through the end of April, Smith said.

Pernell said Brighton Center has helped him with food and hygiene products in the past, and staff members have been coaching him on how to get health insurance and sign up for food assistance, too.

“Being 18, you know, with the rough start, it’s hard to remember stuff, be responsible, stuff like that,” Pernell said. “And it’s kind of like that extra, like, fourth parent right there.”

Pernell is more responsible than he gives himself credit for, though.

Now he’s looking into getting a job in construction or maybe a Commercial Driver’s License so he can drive a truck. At the same time, he’s working a reduced schedule as a line cook at a local restaurant. He uses the money he earns there to help pay for food at the house where he’s staying and to cover gas and repairs for his truck, his phone bill and other expenses.

Getting through ‘the bad parts’

Pernell hasn’t given much thought to COVID-19, he said, because he has been so focused on other things.

Instead, Pernell is doing his best to work hard and move on to happier chapters of his story.

“I spent years just sitting there moping around, saying, aw, this sucks. Why me?” he said. “And being mad at everybody else except being, OK, I gotta fix it. What can I do? You know, what’s gonna help me?”

Pernell regrets not working harder in school, he said, but he’s focused on finding a job he loves and getting all the hours he can get at the restaurant in the meantime.

When Pernell dreams about the future, he said he thinks about having a house, a good job and a family of his own.

He has had a whole range of parents, he said. A biological mom who is now behind bars and a stepdad who was mean and hurtful. Some foster parents who hit kids, and others who sent him away because he was gay and transgender. But there were also foster moms and dads who were loving and kind.

He plans to use all of that experience to be the kind of parent he wishes he had.

“That’s been my ultimate dream for as long as I can remember. Just having a family, adopt a whole bunch of kids,” he said. “I know how I would have like to have been treated. What I would have wanted to do, stuff like that.”

It’s the happy ending Pernell is working to write for himself, with help from places like Brighton Center along the way.