'We care about the people that live on the street' 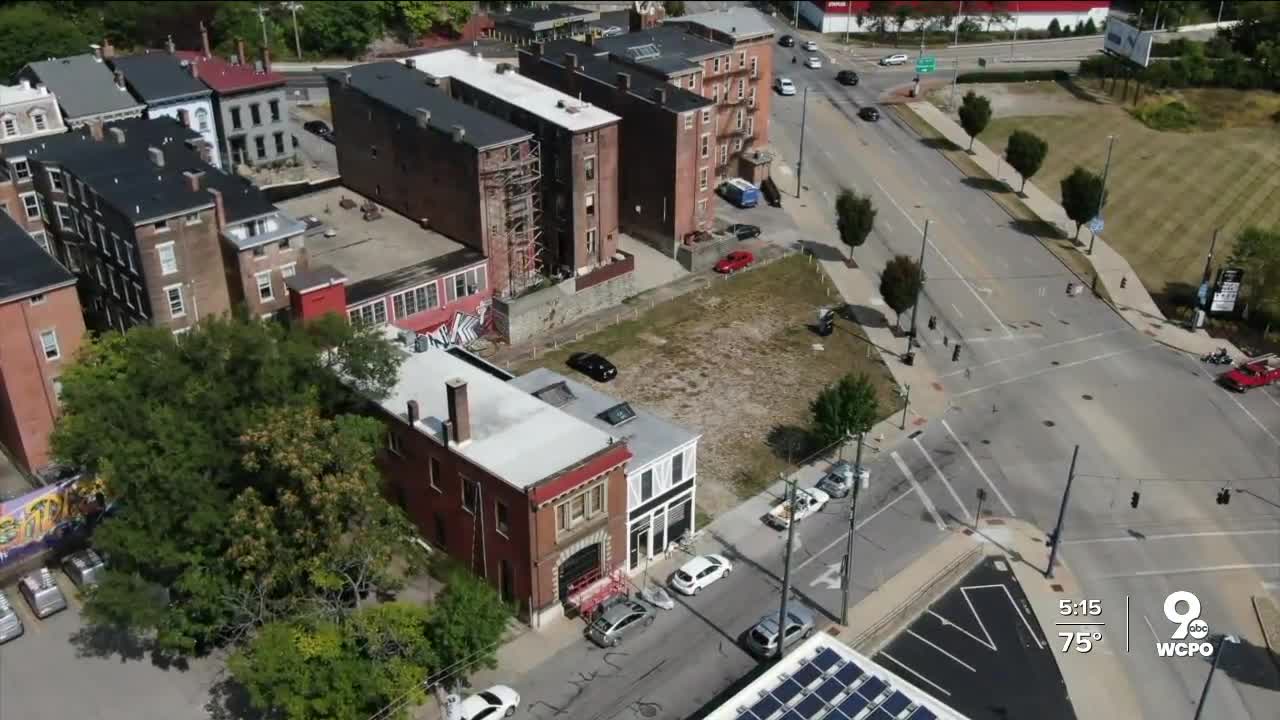 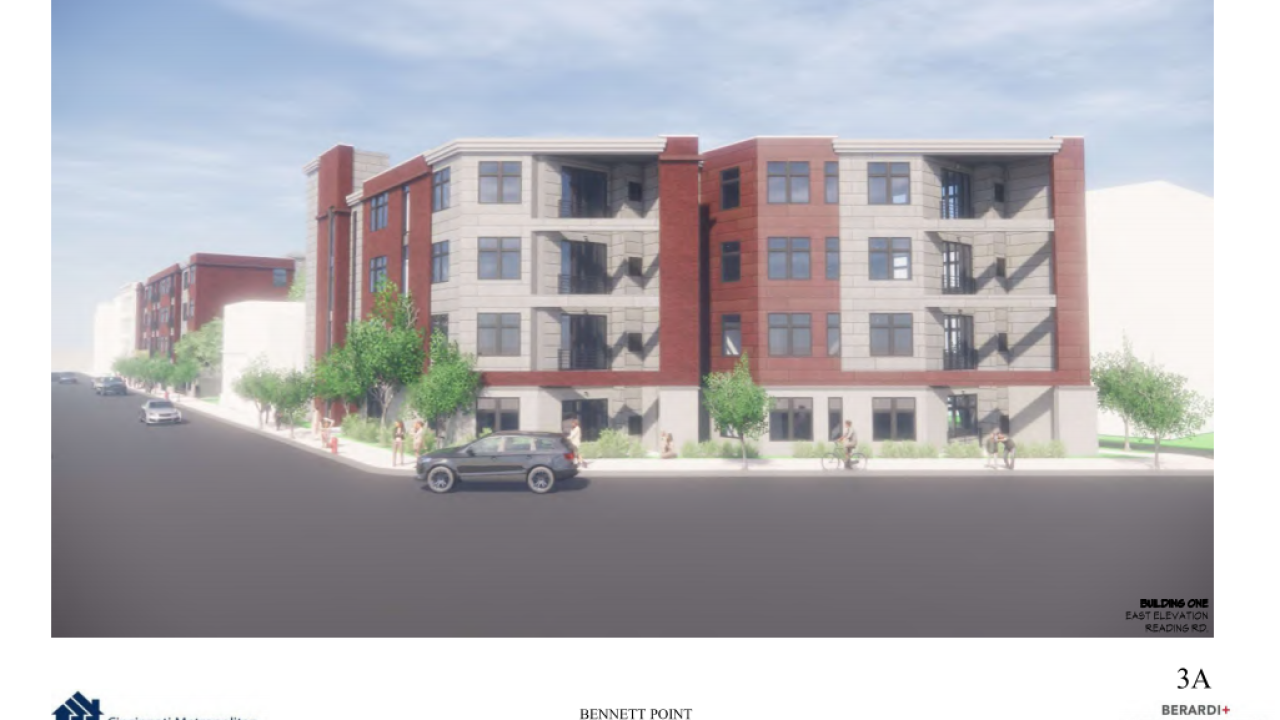 Correction: An earlier version of this story misstated the Pendleton Neighborhood Council's vote regarding Bennett Point. The council voted against writing a letter of support for the project. WCPO regrets the error.

A variety of local organizations and housing advocates support the project because of Hamilton County’s desperate need for affordable housing.

But some neighbors oppose it, saying Bennett Point would pack too many apartments into a small area without enough parking for the people who would live there.

“Our country is in too much turmoil right now because there are a lot of angry people,” said Debbie Mays, who lives on East 12th Street near the development. “I don’t want to be angry. I want to be able to constructively make change.”

It’s unclear at this point, though, whether any change is likely to happen.

Cincinnati Metropolitan Housing Authority, or CMHA, has a Sept. 25 deadline for submitting its final financing application for Bennett Point to the Ohio Housing Finance Agency. CMHA cleared a major hurdle earlier this month when Cincinnati’s Historic Conservation Board voted in favor of the last approvals needed for that application.

Cincinnati and Hamilton County have a shortage of affordable housing, and the problem is getting bigger, according to a report released in May. The county has a deficit of 40,000 housing units that are affordable and available to extremely low-income households, or those that earn less than $14,678 per year. The county needs thousands of units of housing that are affordable for families with higher incomes, too, but local advocates have placed the most emphasis on the need for the poorest households because that’s where the affordable housing gap is largest.

The apartments at Bennett Point are expected to have rents that are affordable for a household income that earns 60% of the area median income. That translates to an income of more than $30,000 a year.

A CMHA spokesperson said the housing authority and Urban Sites, its development partner for the project, are confident Pendleton is the right place for the development.

“We believe this is a great area because of the community conveniences in the area … JOBS,” Lesley Wardlow, CMHA’s senior communications coordinator, wrote in an email response to questions from WCPO9. “The casino offers a lot of people jobs, and we thought this would be a great location for some of the food and beverage workers to be able to live closer to their jobs. There are also other restaurant employees in the area who may be looking to live in the same community where they work.”

As designed, Bennett Point would consist of 56 apartments on East 12th Street.

CMHA and Urban Sites plan to build a new, four-story, 33-unit residential building at 528 E. 12th St. with a commercial laundry facility on the first floor and six parking spaces in the rear. That structure would replace a one-story building that would be demolished as part of the project.

The development also would have a 23-unit building at 600 E. 12th St, which is currently vacant land. A portion of the new building at the southwest corner would be five stories to accommodate an elevator, and the structure would have balconies facing Reading Road. There would be two parking spaces at the rear of the building to be accessed from an alley. The development also would remove a curb cut, which would add an additional parking space on the street.

Cincinnati officials have reduced parking requirements for residential developments in recent years to increase the number of homes that can be developed in the city, said Urban Sites CEO Greg Olson, who added that his company hopes to help develop additional affordable housing throughout the region.

Residents of Bennett Point undoubtedly will need more parking spaces than the few the project provides, he added, but CMHA hopes to strike a deal with the nearby Hard Rock Casino Cincinnati to allow residents access to casino parking for a reduced rate.

Mays and her neighbors aren’t so sure.

“What is happening is that we have more cars in our society and yet,” Mays said, “we’re getting less and less parking spaces on the properties or on the streets in order to accommodate the people who live there.”

“The big picture is that the ‘not in my back yard’ phenomenon continues to this day,” Schrider said. “Even though we have an affordable housing crisis, there is still not as broad support for affordable housing as there ought to be.”

“We have no problem with having affordable housing here, but let's give everybody the same standard of living and same quality of life here,” said Ken Jones, a local architect who owns an old fire house next to the proposed development. “That’s what we’re asking for, and we care about the people that live on the street.”

‘Not everyone can walk’

Jones has other objections to the development besides parking.

He doesn’t think a small play area next to an alley that is part of the plan is sufficient for the families who will live there, and he doesn’t think the proposed designs fit into the historic fabric of the neighborhood.

“The variances that have been granted to these developers to put these projects up – where is that going to lead?” Jones said. “They opened the barn doors wide open. It’s like giving an open hand to developers. They’re going to do whatever they want down here, and pretty soon you’re going to start to see the semblance of this gem that's surrounding us, it’s going to start to get all tarnished and start to go away.”

Mays said she and other neighbors should have had more of a voice in the planning.

That didn’t sit well with Mays and several of her neighbors.

“They act like it’s walkable, but not everyone can walk,” Jones said. “And we’re on a bus line, but it doesn’t mean it takes someone out to work. We don’t have enough bars for everybody to work at. There’s other jobs that have to be available, and they’re not available down here. They’re going to be out somewhere else. So how do they get there?”

Olson said there’s time to figure out parking and other problems that arise.

CMHA and Urban Sites don’t have a firm start date for the development yet. But construction won’t start until next spring at the earliest, he said, and won’t be finished until a year after that.

“CMHA will take strides to make sure that they look at every option,” Olson said. “We don’t know what that’s going to look like. It’s two plus years away. You don’t solve that problem with today’s thinking. You have to solve it with different thinking.”

The neighbors could formally appeal the Historic Conservation Board’s decision, but that path would be far from easy, said Michelle Avery Keely, an architect who has worked with Jones for 30 years.

“To file an appeal, it’s expensive,” she said. “You almost need a lawyer to have any hope of winning, and we can’t afford a lawyer.”