'The crisis is coming, if it isn't already here' 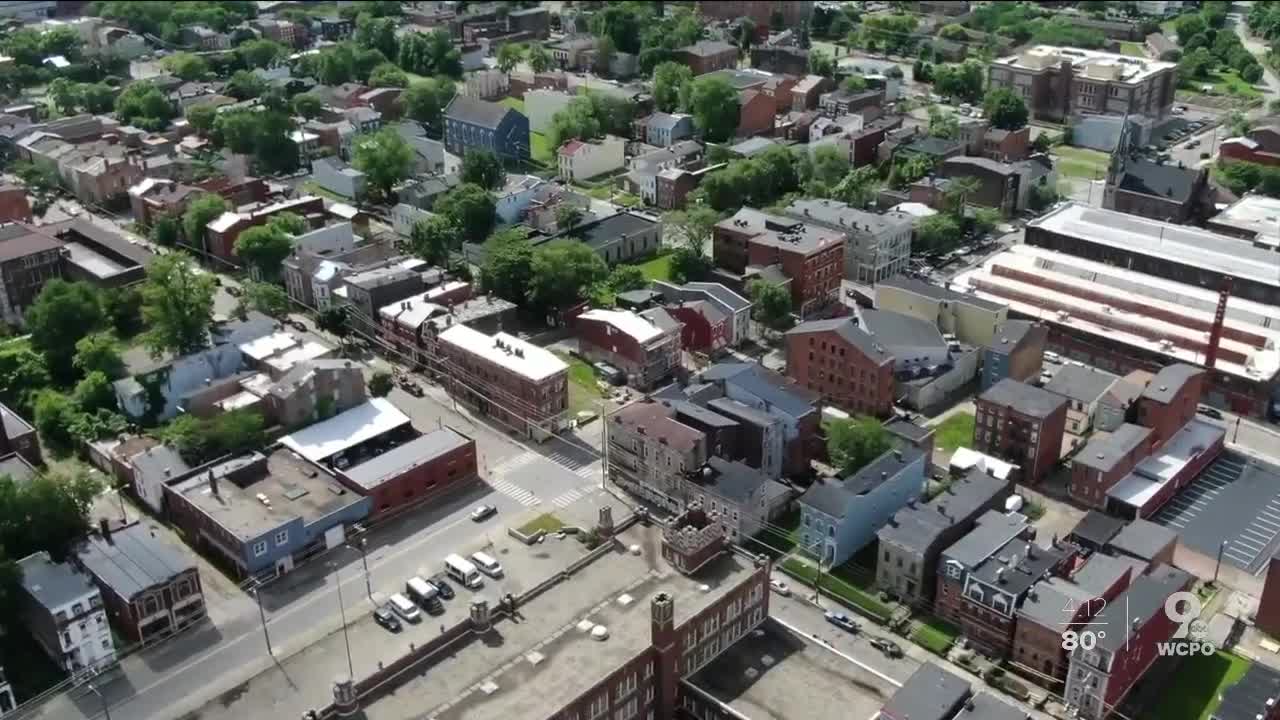 A new county-wide housing strategy called “Housing Our Future" explains just how big Hamilton County’s affordable housing problem is and provides a road map for how city, county and corporate leaders can tackle it.

CINCINNATI — When Tess Warner and her husband moved to their house in Madisonville eight years ago, old family homes sat across the street and miniature horses and donkeys lived at a neighbor’s wooded four-acre property down the block.

“Sitting on your porch, drinking your coffee and hearing the donkeys bray is a pretty fun and surreal way to live in the city,” Warner said.

A lot has changed since then. The neighbor with the donkeys sold her acreage to people who then sold it again. The family homes across the street got demolished, and a developer is building 26 multi-unit apartment buildings on all the land.

Warner misses being able to walk her two kids down the street to feed the miniature horses. But she’s more worried about her neighbors who have lived in Madisonville for decades.

All the new development there has meant higher property values and skyrocketing tax bills -- to the point where long-time residents worry they’re getting priced out of the neighborhood.

“If you sell your property thinking someone will buy it and fix it up a little, thinking someone in the community can rent it, that doesn’t happen,” said Rosemary Tanks, a long-time Madisonville resident better known as Ms. Toni. “They buy, they kind of fix it up, and then they sell it for $300,000.”

Throughout Cincinnati and Hamilton County, new and renovated properties are replacing older, single-family homes. It’s one of many factors making housing less and less affordable for a growing number of people, said Kathy Laker Schwab, executive director of the Local Initiatives Support Corp., or LISC, of Greater Cincinnati.

Now there’s a plan to change that.

LISC on Thursday released a county-wide housing strategy called “Housing Our Future.” It explains just how big Hamilton County’s affordable housing problem is and provides a roadmap for how city, county and corporate leaders can tackle it.

Schwab told WCPO the work is even more important now that the COVID-19 crisis has increased financial instability for so many families across the region.

“The evictions are going to start to come, and foreclosures are going to happen,” she said. “The crisis is coming, if it isn’t already here.”

The plan and its many recommendations focus on producing and preserving affordable housing, protecting the county’s most vulnerable residents from housing insecurity and changing the systems that compound the problem.

Hamilton County has a deficit of 40,000 housing units that are affordable and available to extremely low-income households, or those that earn less than $14,678 per year.

And four of the county’s top five jobs don’t pay enough to afford a two-bedroom rental, according to the plan.

The strategy recommends building at least 20,000 more affordable housing units over the next 10 years while preserving another 60,000 affordable homes and apartments that need repairs.

It does not include an overall cost for all the recommendations. But Schwab said the price tag could easily top $10 million per year over the next decade.

“That’s a drop in the bucket,” she said. “I hate talking about big numbers, though, because it just scares people off.”

Other communities around the country, including Columbus, have issued millions of dollars in bonds to help fund the construction of more affordable housing, Schwab said.

The strategy recommends that the city of Cincinnati and Hamilton County find a way to use federal CARES Act money for the work or federal Community Development Block Grant funds. Schwab said local foundations, corporations and even health care systems could contribute funding, too.

Members of council didn’t commit to any specific funding, but several expressed support.

“It’s aspirational. All trips that are successful require a plan,” Councilman David Mann said. “So now we’ve got a trip ticket and now, as we’re able, we’re going to move.”

More than 200 people helped create the plan, led by a 19-member steering committee. LISC and the Greater Cincinnati Foundation began work on the plan in late 2018.

Tanks was one of dozens of people who rent or own homes in Hamilton County and contributed to the discussions.

She said she has been getting unsolicited offers from people who want to buy her rental property. Tanks doesn’t want to sell and uproot her tenants during the pandemic, she said.

She’s also worried that if she does sell, a new owner would increase the rent beyond what the average neighborhood resident could afford.

“As soon as the person moves out, the next person has to pay $400 on top because of all of a sudden Madisonville property is so important,” she said. “I want my siblings and nieces and nephews to be able to stay in Madisonville. The way it’s going now, they’re not going to be able to. And they can’t afford to live over here.”

Losing the community is Kathy Garrison’s big fear, too, she said. Garrison has lived in Madisonville since 1962.

“I think if we watch the Census, we’re going to see a dramatic shift in the population out here and the diversity of this community,” Garrison said. “When you are putting us out of our own home for the sake of something new and different, that’s hurtful and that’s unfortunate.”

Three major themes emerged from the community members like Tanks who contributed to the plan, said Dani Isaacsohn, the founder of community engagement firm Cohear and a steering committee member.

The first was that new developments should serve existing residents in neighborhoods before considering new people who move in, he said.

“People weren’t opposed to new development – quite the opposite,” Isaacsohn said. “But they wanted to make sure it included them. That’s particularly true in majority black neighborhoods.”

Community members also stressed that housing policy should focus on the needs of families, he said.

“There’s just not enough housing that’s affordable for people with kids,” he said.

Finally, tenants and renters talked a lot about the need for more tenant rights, tenant protections and the need for formal structures to help them advocate for themselves, he said.

“Often residents and tenants will know best what they need and will seek win-win opportunities,” Isaacsohn said. “Most people recognize that if the landlord goes under, it’s not good for anyone.”

Schwab said some of the recommendations wouldn’t cost any money.

Blume reassured council members Thursday that even the recommendations that would cost millions won’t be solely their responsibility.

“This isn’t about the city doing this on its own,” said Blume, executive director of the Community Building Institute at Xavier University. “Those folks who have been participating in the process are all standing ready to help.”

A full copy of “Housing Our Future” is available online.