By: Lucy May , Jay Warren 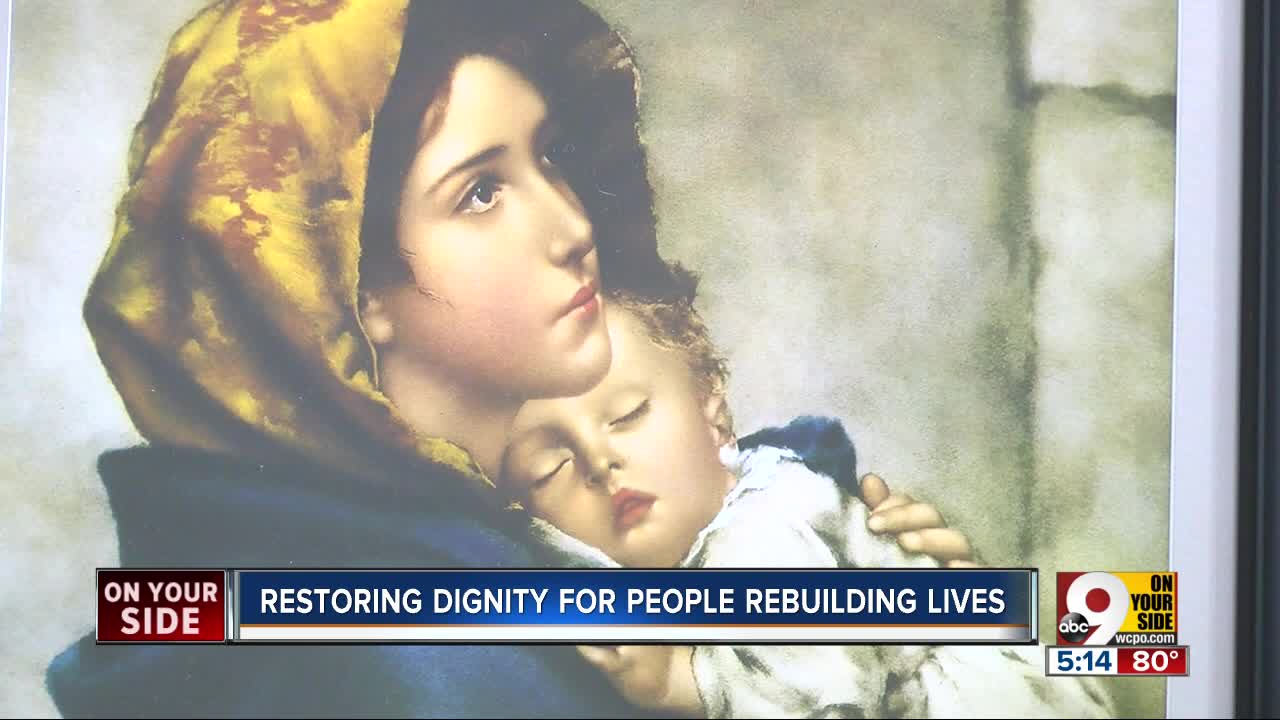 Mary Magdalen House in Over-the-Rhine is a place where people who live on the street can get a hot shower and clean change of clothes. 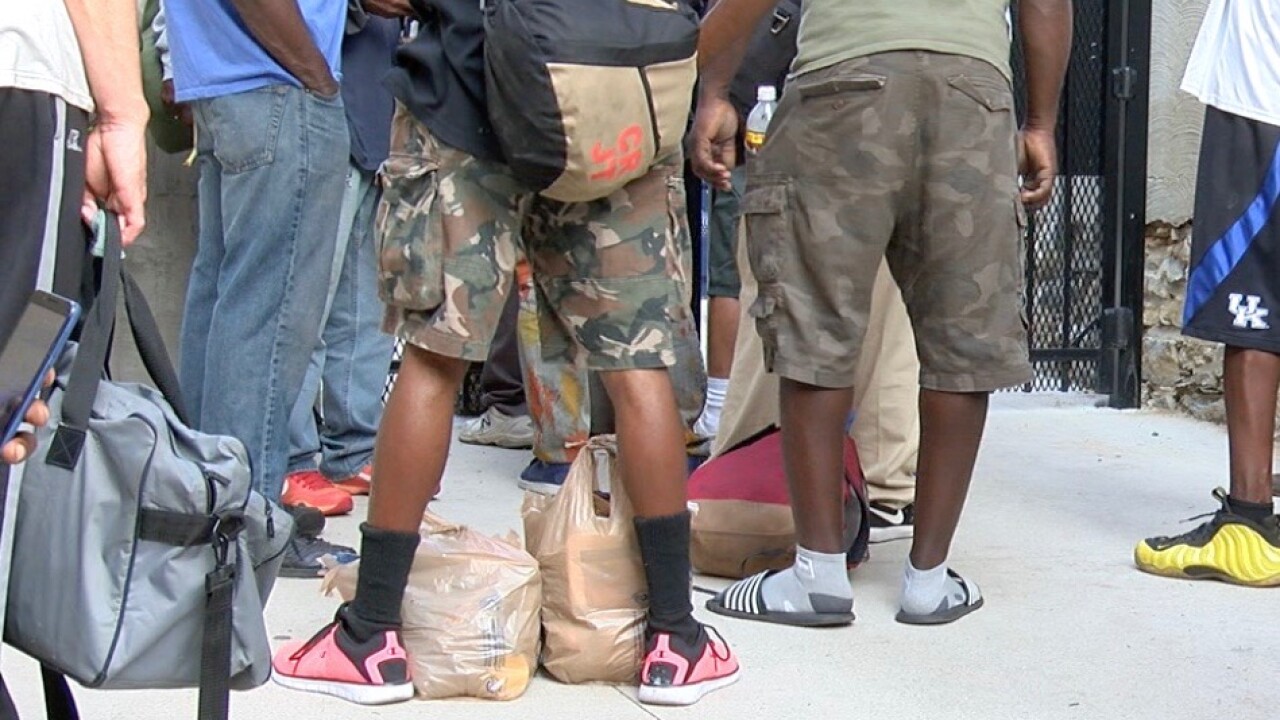 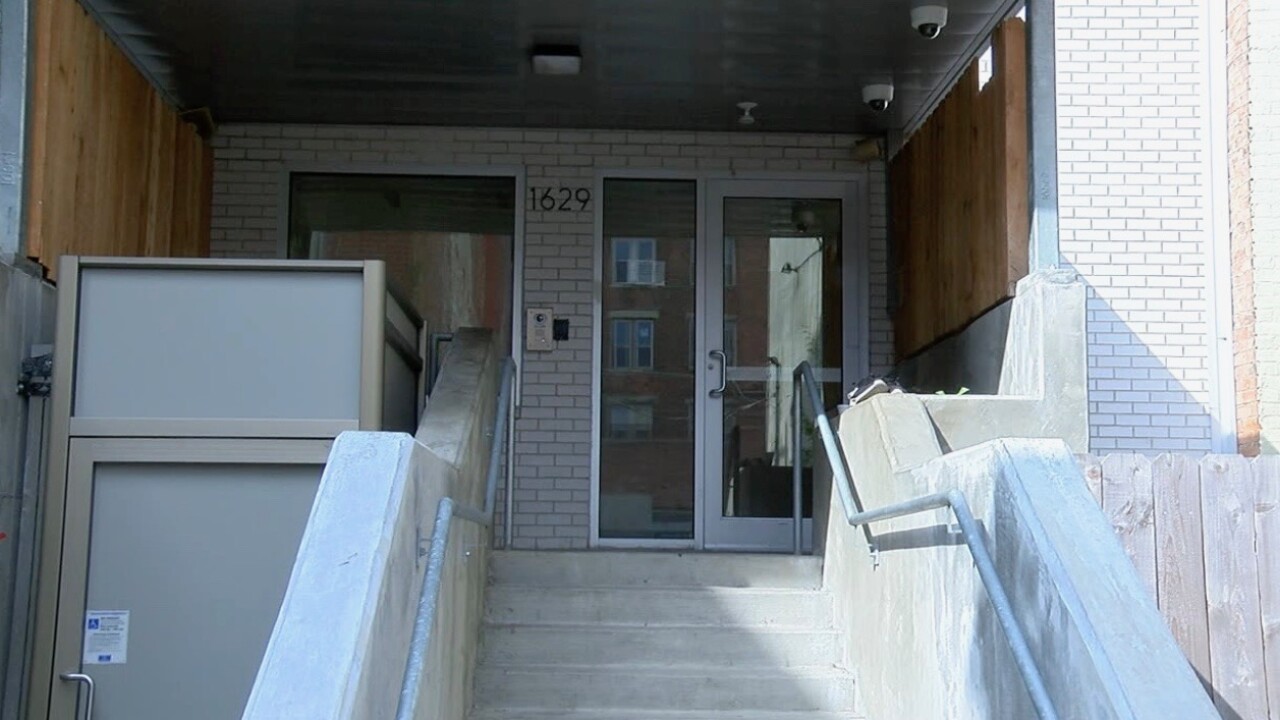 CINCINNATI — On a typical day, Douglas Davis wakes up from wherever he’s sleeping -- near Fountain Square or atop a bench on the Purple People Bridge -- then makes the long walk to Mary Magdalen House.

The Over-the-Rhine nonprofit is a place where people who live on the street can get a hot shower and clean change of clothes, and Davis said he goes at least every other day.

“It makes all the difference in the world,” he said after a shower on a recent Monday. “You’re human.”

Humanity is at the heart of Mary Magdalen House. Worshippers at Old St. Mary’s Church founded the organization after realizing that Cincinnati had an unmet need, said Executive Director Cary Powell.

“A group of parishioners from Old St. Mary’s Church noticed that the alley next to their church had become a toilet,” she said. “And rather than think, ‘how disgusting,’ they thought to themselves, ‘people don’t have anywhere to go.’”

Mary Magdalen House opened in 1988 on Main Street and has had a line outside the door every day ever since, Powell said.

Now located on Republic Street, it’s open Monday through Saturday, from 8:30 a.m. until noon. On weekdays, it reopens from 1 p.m. to 4 p.m. after the shower stalls are cleaned.

But Mary Magdalen House is more than showers. The nonprofit also offers people a fresh change of clothes and provides free laundry services for whatever clothing guests are wearing when they arrive.

“If you come to Mary Magdalen House for the very first time, typically you have the clothes on your back, and they’re filthy. And that’s all you have,” Powell said.

Guests get a bag with their name on it for their dirty clothing and a bag of toiletries that includes anything they might need for a shower.

After they shower, they put their dirty clothes in their laundry bag and put it on a cart. The next time they return, they get freshly laundered clothing returned to them.

“It’s a very basic human need,” Powell said. “Hope begins with dignity. That’s what we like to say around here.”

As vital as the service is, Powell realized when she became executive director three years ago that few communities have anything comparable.

“I don’t know what people in other towns do,” she said.

Communities in California and elsewhere have mobile showers that seek out communities of people living outside, she said, but those don’t have laundry facilities attached.

But such facilities remain far from commonplace.

Davis said he doesn’t know how people in other communities manage.

“I can’t imagine a city without this,” he said. “People need help everywhere.”

Robert Hightower said he started visiting Mary Magdalen House about eight years ago. He’s staying with a friend now, he said, but he has lived outside.

“It’s beneficial to me in terms of keeping the body fresh and clean and being able to change into different clothes each day,” he said. “I just enjoy the facility.”

The organization has a case manager on staff that works with guests to help connect them to other services they need.

“We see a lot of folks every single day, so when you do, you can check in with them every single day,” Powell said. “You get the opportunity to say, ‘Have you taken your meds? What’s going on? Have you been talking to so and so, your case manager?’”

Mary Magdalen House staff members take messages for regular guests, some of whom even have their mail delivered to the facility.

The organization gets about 100 people a day but can serve as many as 140 when it’s busy, Powell said.

‘Ready to go out and face the world’

All the work has to happen precisely and quickly, Powell said, because guests want to shower and then get on with their day.

“It can be a challenging group to deal with,” she said. “But when you dig down and hear their stories, these folks are so resilient and amazing. I can’t believe it.”

Davis is one of them.

He has two grown daughters, and both have asked him to stay with them so he doesn't have to live on the streets.

But he views his homelessness as a temporary condition and doesn’t want to be a burden.

A permanent job would put him back on track to get his own place, he said, although finding steady work that pays well is difficult because of a felony conviction that dates back to 1994.

Still, Davis hasn’t given up.

“It’s going to come along, and I’ll get one,” he said. “I’ve had places before, and it’s a struggle. But it’s not a struggle to where I can’t handle it.”

Davis said he has experience in the chemical industry, manufacturing aspirin, soap and toothpaste among other products.

“Later on this month, I have an interview. And it makes all the difference in the world to be able to wake up, shower and go to your interview with clean clothes, and you’re clean yourself,” he said. “It makes you feel like you’re ready to go out and face the world -- me anyway.”

Davis said he’s been staying outside for nearly a year. He’s determined to turn things around for himself.

Until then, Davis knows where he can go for a hot shower and a clean change of clothes.

Mary Magdalen House relies on volunteers and donations. More information about the organization -- and how you can support it – is available online.