'It's pushed us all to be better' 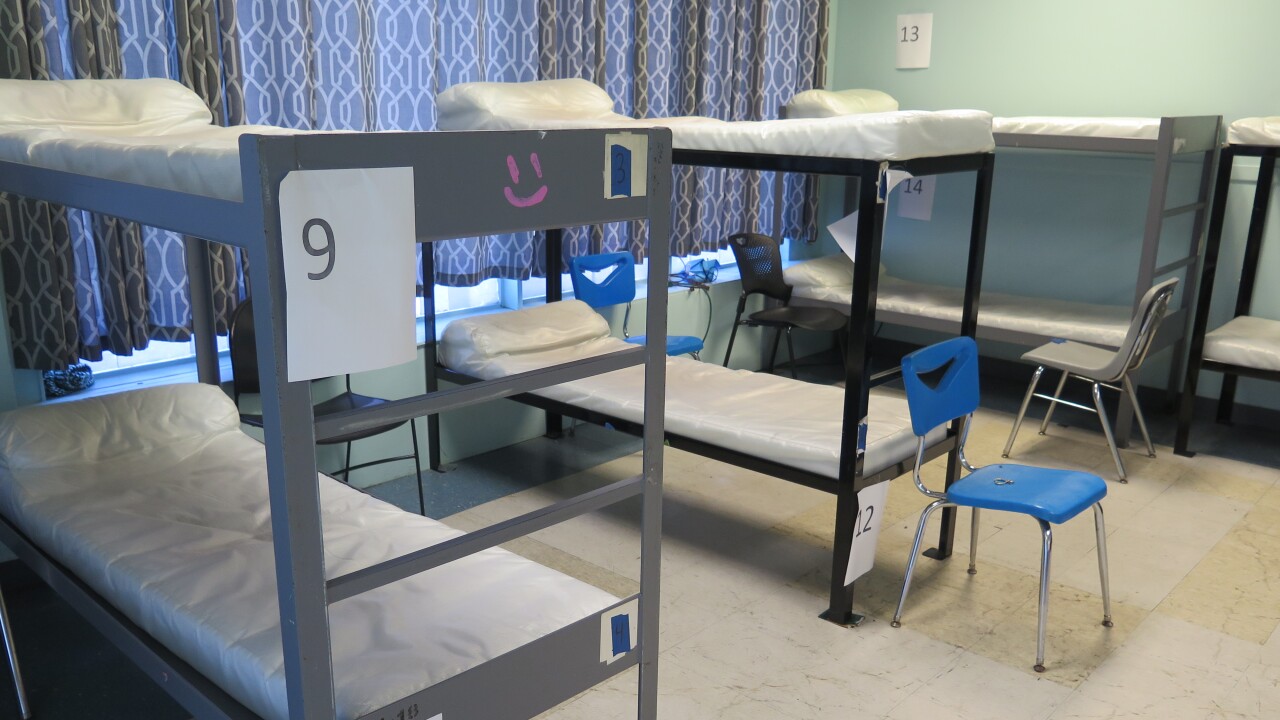 Lucy May | WCPO
Inside the Emergency Shelter of Northern Kentucky in Covington.

COVINGTON, Ky. — Covington's mayor and board of commissioners voted Tuesday to adopt an ordinance that details requirements and expectations for homeless shelters that operate within the city.

The vote was 4 to 1 with Commissioner Denny Bowman dissenting. In comments before the vote, Bowman said he thought the ordinance was an example of government's desire to "over-legislate."

Representatives of two homeless shelter operators spoke before the vote, thanking city officials for listening to their concerns and making adjustments as a result.

WCPO first reported in October about an early draft of the ordinance that had some advocates worried the city was trying to make it virtually impossible for homeless shelters to operate.

City officials changed the language of the ordinance substantially since then, removing many of the requirements that concerned advocates.

Commissioners voted unanimously to adopt a number of technical amendments to the ordinance before the vote. The biggest change gives shelters more time to help their clients find permanent housing. An earlier draft stipulated that people could stay at shelters for 120 out of 365 days. The change allows for a stay of up to 150 days.

Commissioner Shannon Smith acknowledged the controversy in comments before Tuesday's vote, saying that she believed the city's actions over the past 10 months showed that officials never wanted to push shelter providers out of the city.

"We were, we are, and we will continue to operate in good faith with our shelters," she said. "I do believe this ordinance opened up lines of communications that weren't opened before, and it's pushed us all to be better."

Mayor Joe Meyer told WCPO after the vote that the ordinance Covington adopted was modeled after similar legislation in Louisville that has been in place for a decade.

"We haven't at all recreated the wheel here," he said. "We wanted to make sure the scheme was fair, it was enforceable, it provided appropriate values."

Meyer added that city officials consider Covington's homeless shelters and social service providers "an important part of the fabric of our community."

"But we want this done in a way that doesn't hurt the rest of the people who live here," he said.

Existing shelters will have six months to comply with the ordinance. If requirements within the ordinance will cost a shelter $50,000 or more to meet, the shelter can apply for an extension of up to two years.

You can read the full, amended ordinance below:

Lucy May writes about the people, places and issues that define our region – to celebrate what makes the Tri-State great and also shine a spotlight on issues we need to address. Poverty is an important focus for her and for WCPO this year. To reach her, email lucy.may@wcpo.com. Follow her on Twitter @LucyMayCincy.