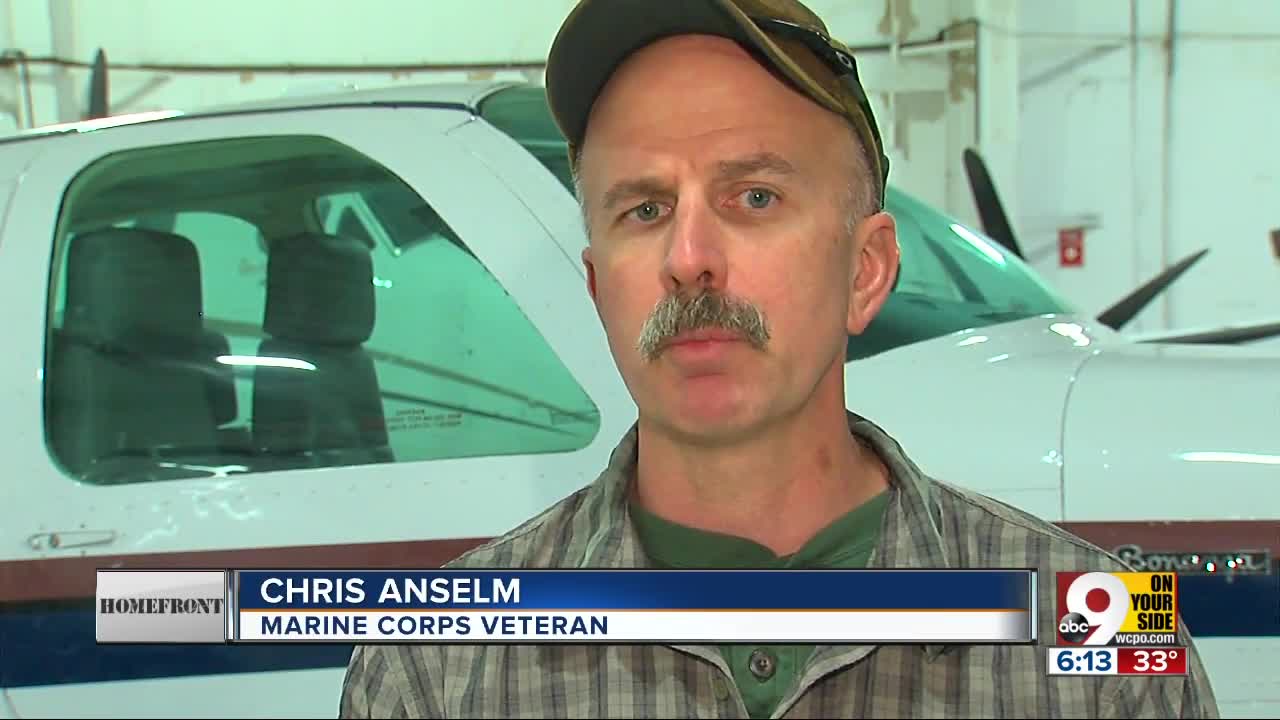 Angel Wings pilots take veterans where they need to go for free. For ex-Marine Chris Anselm, the group was his ticket to a workshop focused on treating PTSD.

Putting 14 years between himself and the deaths of 48 fellow servicemen overseas didn’t help Marine Corps veteran Chris Anselm as much as he’d hoped. He continued to struggle with post-traumatic stress linked to his 2005 tour of duty in Iraq, where Third Battalion, 25th Marines lost 46 Marines and two Navy corpsmen, into the tail end of the next decade.

When he found something he believed could lift him out of it — Heroes and Horses, a 42-day therapeutic program teaching veterans to care for horses — he hit a roadblock almost immediately. It was in Montana.

He wouldn’t have made it there without Angel Wings for Veterans, a nonprofit that flies veterans to medical appointments across the country at no cost to them. The organization's volunteer pilots have been in the air since 1997, operating according to their mission “to ensure that no veteran in need is denied clinical care because of a lack of transportation.”

Anselm said Heroes and Horses changed his life, but so did knowing non-veterans were willing to give their time and resources to help people like him.

“To know there are people out there with no military experience but are still there to help you is, a lot of the time, what keeps people going.”

Howard Epstein, a Beachwood-based rheumatologist and recreational pilot, has flown for Angel Wings for Veterans since 2007. He isn’t a veteran and doesn’t have family in the United States Armed Forces, but he said he still feels a responsibility to veterans such as Anselm.

“I wouldn’t be able to do what I’m doing today, such as flying and having the freedom to fly — I wouldn’t live in a democracy without them,” he said. “My tiny contribution is to help individuals and improve their life in any way I can, little by little.”

He’s flown about 70 missions since joining Angel Wings for Veterans, including one that took him to Newark, New Jersey.