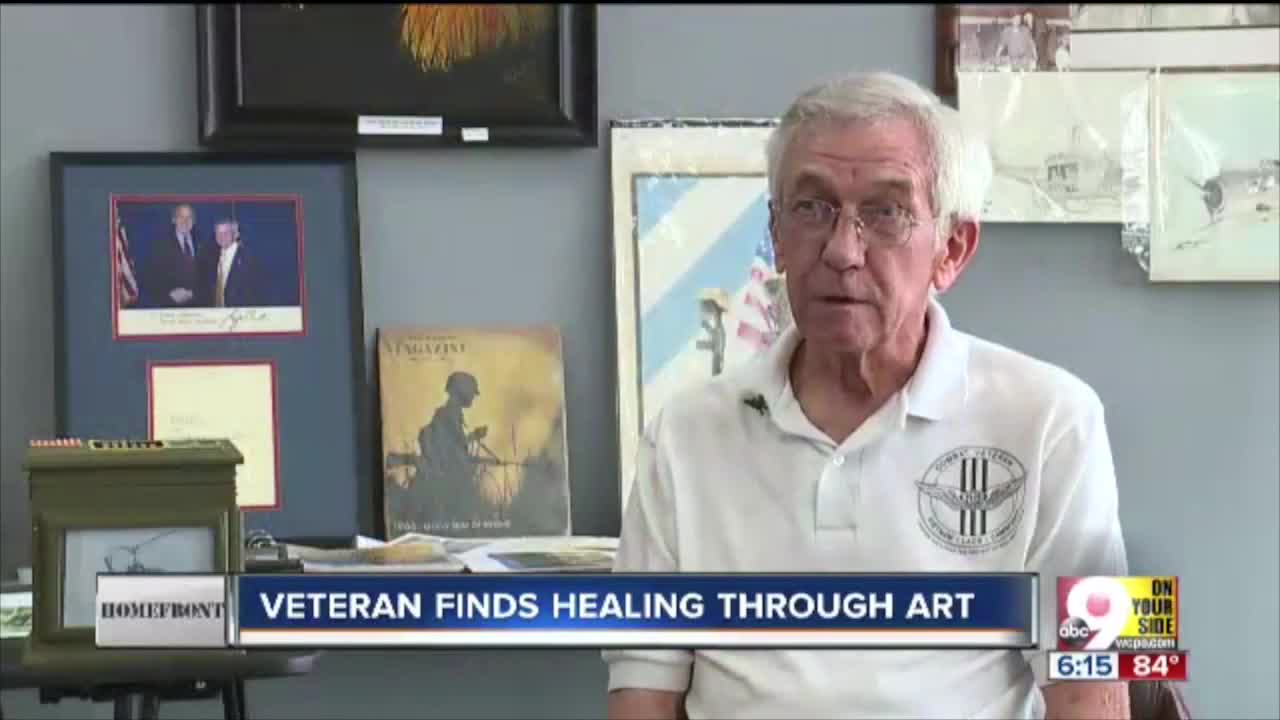 John Osborne didn’t paint military scenes when he started. It was supposed to be his relaxing hobby, he said — one to distract him from the nightmares.

John Osborne didn’t paint military scenes when he started. It was supposed to be his relaxing hobby, he said — one to distract him from the nightmares.

He was four months from the end of his service when he learned his company would be sent to Vietnam. There, thousands of miles from home, he flew and repaired the helicopters that transported supplies and troops throughout the war zone.

He took up painting when he came back. Animals, mostly. Sometimes scenery. The hobby was an escape.

“I would set up late, working on it to keep from having nightmares,” he said. “The nightmares were probably the worst thing after coming home.”

Osborne’s gallery now includes photorealistic paintings of wildlife and landscapes, but eventually he returned to the thing that propelled him into art: The military. He realized he needed to confront his past, not avoid it, for the sake of his own mental health.

“It was the reality of what I was living with,” he said. “I needed to get it out there are start dealing with it.”

The paintings he produces now still include birds and sunsets, but he’s increasingly shifted his focus to scenes like the ones he remembers from Vietnam: Soldiers, helicopters and burning fields. Creating them is a kind of exorcism, he said.

Osborne attends monthly group support meetings at the VA in Florence. He also sells his artwork at Patriots Landing in Dry Ridge.

Finally focusing on his service in his art allows him to revisit the things that didn’t cause nightmares, he said.

“Any kind of success, you immediately dealt with it and felt it,” he said. “Success or failure. You felt good that you got these guys out of there.”