VFWs used to be where veterans of all ages gathered. What happened? 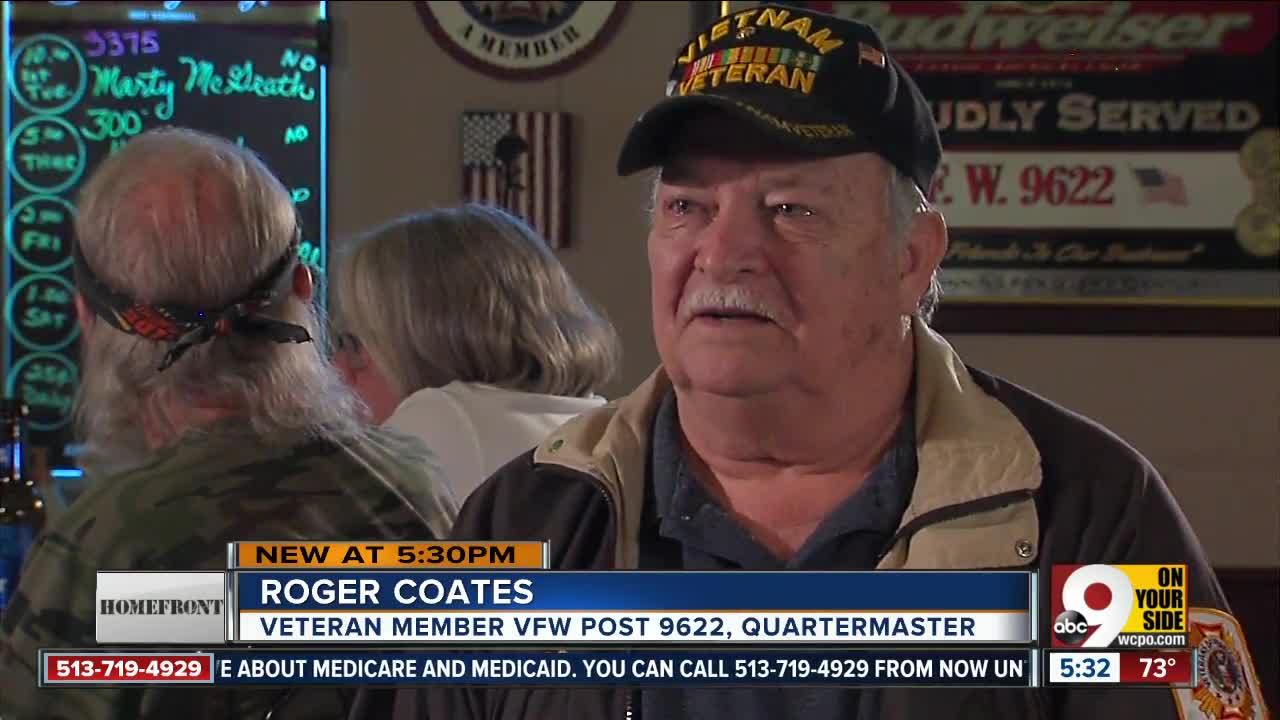 MASON, Ohio — Vietnam veterans Roger Coates and Oliver Patterson joined the Veterans of Foreign Wars for a simple reason: “That’s where all the guys were at.”

For them and dozens of other members, the VFW post in Mason offered community and camaraderie that were hard to find elsewhere. Both of those things, however, are dwindling at posts across the country.

Veterans of recent conflicts — the Gulf War, the Iraq War — have the same needs for companionship and understanding when they return home, but fewer seek out VFW as the place to receive it, according to deputy director of membership Rick McKenna. Vietnam veterans such as Coates and Patterson comprise 36 percent of the organization’s members; the generations that followed them make up a much smaller portion.

Why? Part of it might be the significant gap between Vietnam and the next major armed conflict in American history, McKenna said. Veterans of the Gulf War are so much younger than the preceding generation of veterans that they might not feel they have much in common.

Recent discharges might also be more concerned with building civilian lives than enmeshing themselves in a culture of other veterans.

“They get out in their early age. they’re probably newly married. transitioning to their civilian career, and they’re raising their kids, so availability to give back to their fellow veterans is going to be limited because their priority is their family and work,” he said.

Patterson, who sought the VFW after his discharge in 1970, said he sees the lull as cyclical. When he and other Vietnam veterans arrived in the organization decades ago, they struggled to connect to the older generations who had served in World War II.

“You don’t want to go in and listen to old war stories,” he said. “Now, it’s the same difference, you know? They don’t want to come in to listen to our stupid stuff either. (But) I believe when the Iraq War guys get older, as we’re fading out, they’ll fade in. They’ll take our places.”

He and Coates both admit, however, their chapter in Mason is struggling. It has 88 members, but only about 20 are true regulars at the post. Twice that number might show up every other week.

McKenna believes the core of the problem is perception. Like other social groups and clubs on which past generations relied, VFW faces a challenge it’s never dealt with before: Convincing young people it is still necessary and valuable in a rapidly changing world.

The best way to do that is through action, McKenna said.

“At the local level, the post, if they’re not doing things in the community and the only thing they’re doing is running a bar, they’re going to be known for running a bar,” he said. “If my post is doing a great job in my community, I’m going to tout my post to every veteran I talk to about what we’re doing and typically other veterans will be like, ‘I want to be part of that.’”

The VFW in Mason does participate in the community — its members buy groceries for veterans in need and finance scholarships for high school seniors, among other things.

Still, if you’re a veteran who has a new idea, Coates said you should stop by and share it. They'd welcome any help they can get.