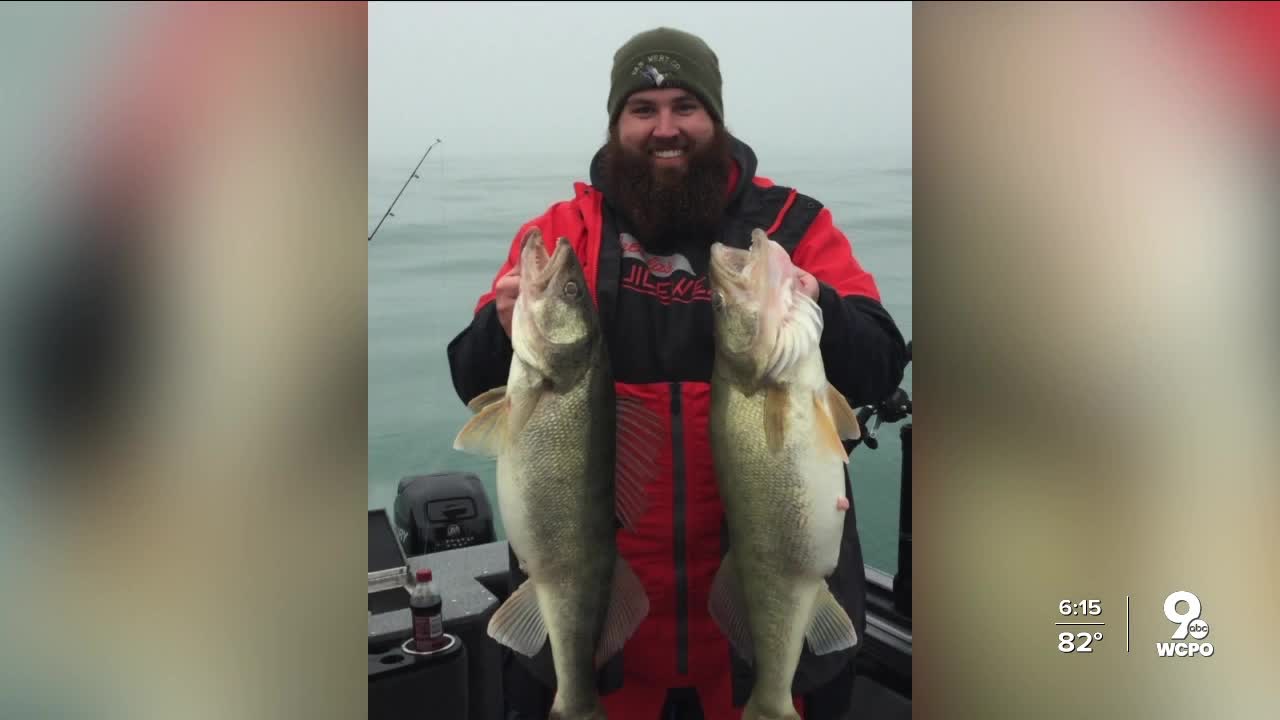 For years, a local non-profit has taken hundreds of wounded veterans on free fishing trips out to Lake Eerie. COVID snapped their line this summer, but they’re figuring out new ways to navigate the waters. 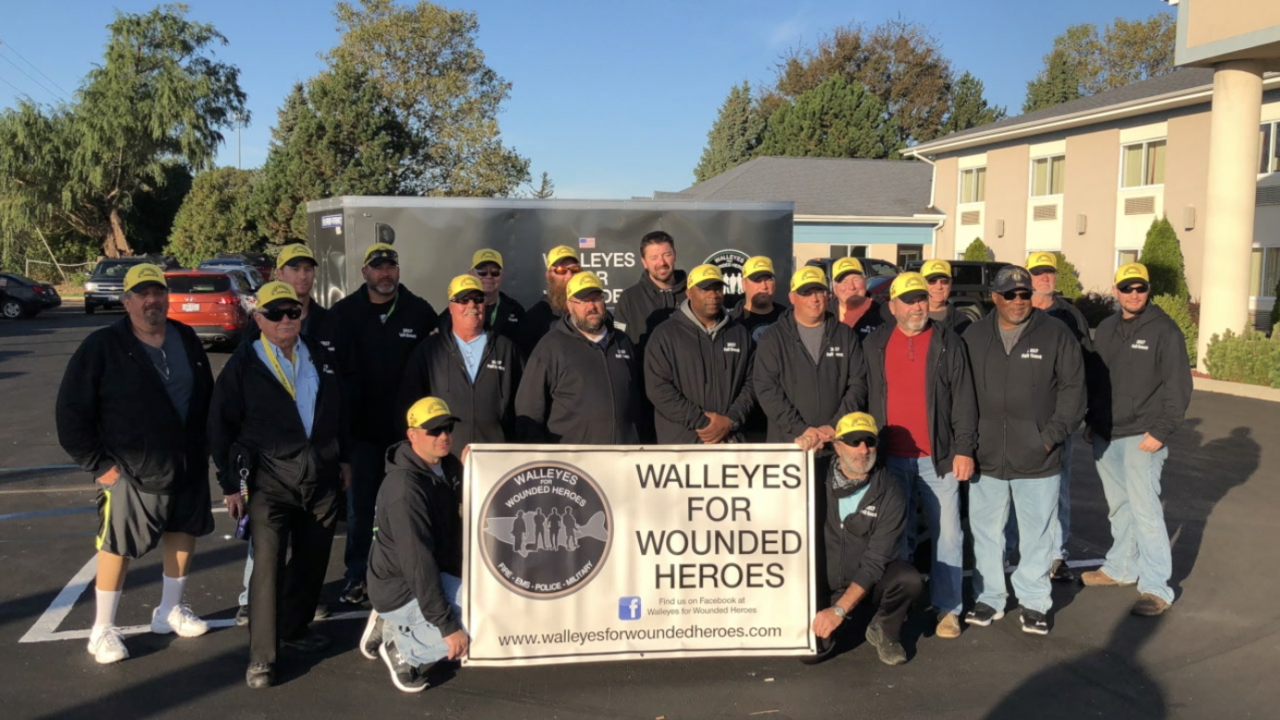 Ask any angler about their catch and you’ll likely get a fish tale or two thrown in with colorful descriptions ranging from the fight to get it in the boat to the monster that broke the line and got away. Telling stories is one part of one non-profit’s mission and it’s not always fish on the discussion table.

“You can always tell the first timers, ones that are really struggling," said Ferd Lohman, President of the Walleyes for Wounded Heroes. "They kind of sit to the side kind of quiet, don't really want to come and open up.”

The non-profit was started in 2012 and has since taken hundreds of Purple Heart recipients, Gold Star families and others on an adventure that is one part fishing and one part healing.

“One of the things that we are proud about is we have a licensed therapist, who is also our chaplain, and he is a Purple Heart recipient veteran,” Lohman said. “So he's walked the walk, he's been hurt. He's been injured in the line of duty. So he knows and has seen the stuff that these guys have. And they find it's a lot easier to talk to someone that's been there, done that, then somebody that's just in a suit, somebody is wearing a lab coat, you know. It's so much easier to open up when you know that guy's done what you've done.”

That understanding is one of the reasons Lohman said the program works to help veterans express concerns, open up about the demons they’re battling and even finally get the help they truly need and deserve.

“There's a lot of guys out there that they won't talk to anybody else," said Tim Campbell, a 25-year Army veteran and former combat engineer. "They just won't do it.”

The Iraq War veteran and Purple Heart recipient found himself on a boat fishing for walleyes in 2017. He said it helped him and soon he met other veterans who he could relate to bringing some of that old belonging-to-a-unit vibe back that he missed from his years in the Army.

“The event is fishing,” Campbell said. “There's a lot more in common there than just going fishing for a weekend. I mean, it's really, it's really a great thing.”

He explained that many veterans he’s spoken with are often confused or just plain unaware of where they should get help. In addition, his years working within the Veteran’s Administration shed light on a systemic problem of confusion when navigating the VA system for some veterans.

The Walleyes for Wounded Heroes outlet provides the old buddy system in the military to return, if only for a handful of days.

“They meet other veterans that they didn't know. And ones that they did know. And they’re kind of reunions, they get that, that sense of community back that that they haven't had or leaves them when they leave the military,” Campbell said.

The boat and their captains for the five-day event in June on Lake Erie are all volunteers.

“We have licensed charter captains that are taking six people out at a time on big 32-foot boats fishing,” Lohman said. “We have tournament anglers, you know, walleye touring pros and donate their time and boat to go fishing. We have just local people that have boats and say, 'Hey, I want to give back,' and they go and they donate their boat, they donate their time, the fuel, the bait -- everything.”

Lohman said he sees veterans go through a transition over the several-day event. He recalls one veteran coming up to him during the raw point that vet was at in his life.

“He said, 'When I left, I didn't know what I was expecting. I have a gun at home, it is loaded, and when I left here, I was going home to kill myself.' And he said, 'You guys have touched me and made me realize there's more to life, and I need help.' And he went and sought that help, and he's doing very well at this moment,” said Lohman.

He said he can’t begin to imagine what some of the combat veterans endured in their service, but he is humbled to see the impact a little walleye fishing and camaraderie can do to help.

The pandemic cut the line on the summer session for the non-profit.

“We're usually bringing from 100 to 110 people there,” Lohman said. “Plus, you know, you're talking 50 to 55 boat captains, you know, it just, there was no way we could do it. The CDC was changing, you know, parameters of what we were allowed to do, not do.”

There was also the issue of sponsorships and overall funding as businesses who have been on board in full support over the years now found themselves in a tough spot with financial issues tied to the pandemic.

Through the crisis, Lohman was determined to give these veterans a fish tale to spin for 2020, even if it meant decreasing the number of vets he could take on a trip.

“We have 12 guys coming up," he said. "We're putting them in small condos, we're getting the distances apart for everybody. I had, we had, to go and submit a COVID plan to the Ottawa County Health Department and they went through and read it and made sure, gave us corrections what we need to do.”

While the fall trip coming up in mid-September will be significantly smaller than in the past, Lohman said he's grateful to continue the mission. Plans are already in place for the June trip in 2021.

For more information on Walleyes for Wounded Heroes, check out their website walleyesforwoundedheroes.com