Veteran homelessness is down, but concern looms in the shadow of a pandemic 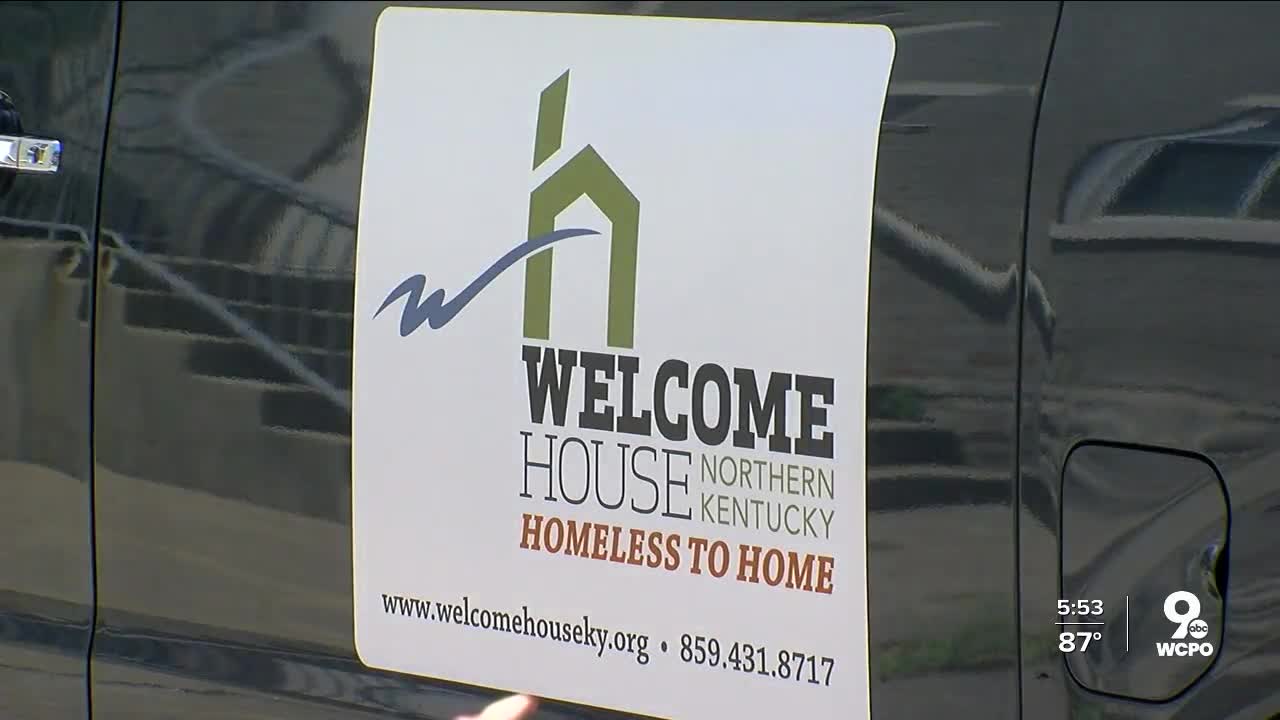 Could a tidal wave of homeless people be heading to the streets of the tri-state? It's a concern for the non-profit Welcome House of Northern Kentucky.

COVINGTON, Ky. — Could a tidal wave of homelessness be coming to the streets of the Tri-State? The possibility is a major concern for the nonprofit Welcome House of Northern Kentucky.

"Several people are still out of work; they haven't gotten unemployment benefits," said Danille Amrine, CEO of the anti-poverty organization. "We're concerned we're going to see a spike in people who are potentially going to be homeless."

She points out that although a moratorium on evictions has helped people stay in their homes, it's lifting. That, combined with the lack of unemployment benefits or work opportunities for some, could mean more people knocking on Welcome House's door.

Those requests range from food to shelter to money to help make ends meet. Some of them are coming from veterans.

"At our shelter in Boone, we had a hotel shelter out there for a few weeks, and we encountered four veterans, and we were able to place two of those veterans in veterans housing," said Amrine.

Veterans make up 8% of Americans considered homeless, either on the streets or living in shelters. That works out to over 37,000 vets, according to the U.S. Department of Housing and Urban Development.

The number is down considerably from years past, but Amrine is concerned the shaky economy and ongoing pandemic could increase the number of people on the streets.

Welcome House is awaiting word on a grant from the U.S. Department of Veterans Affairs. If it comes through, they would be able to specifically house 10 veterans at a building at the corner of Greenup and 11th Street in Covington.

However, COVID doesn't care if you're a veteran or a civilian. There's concern across the board for the homeless population as a whole.

"If the homeless population experiences an outbreak of COVID, it will likely impact the city," said Morgan Koranda, who is the street outreach nurse for Welcome House.

She drives around Northern Kentucky in the nonprofit's RV, providing basic medical needs, resources and COVID virus testing at their shelters.

"It's been very important for us to see people's symptoms early and isolate them early and then test and isolate as a precaution and test later," Koranda said.

There have been positive cases of the virus, and the early detection by Koranda and others kept it from spreading.

"Luckily for us, those have been limited," Amrine said. "But we did have one specific one at one of the hotels that we were able to identify and isolate and then we have had a couple positives at our shelter for women and children."

Koranda said she's meeting new people every day who are financially impacted by the virus in some fashion.

Veterans aren't always forward with asking for assistance, but Amrine said Welcome House is seeing more veterans willing to ask during this time.

"Some of them are not as likely to engage with community services,"Amrine said. "But we have been able to engage them more during this pandemic because there are a lot of unknowns and uncertainty."

She said they've helped over 300 people since March. Her hope is to continue their efforts to prevent a surge of homelessness through a variety of Welcome House's current services.

Those services are also funded by their annual Summer Sunday fundraiser, which is not taking place in person this year due to the pandemic.

This year, the fundraiser has moved online, and no matter how well it goes or the level of money they're able to bring in, Amrine said, they're planning well into 2021. She expects a rough winter ahead.

"We're basically preparing for the pandemic either ramping up or coming back with a vengeance this winter," she said. "So we're just making sure that we're prepared and ready for that."

You can check out the virtual Summer Sunday event and the auction items available by going to their website.