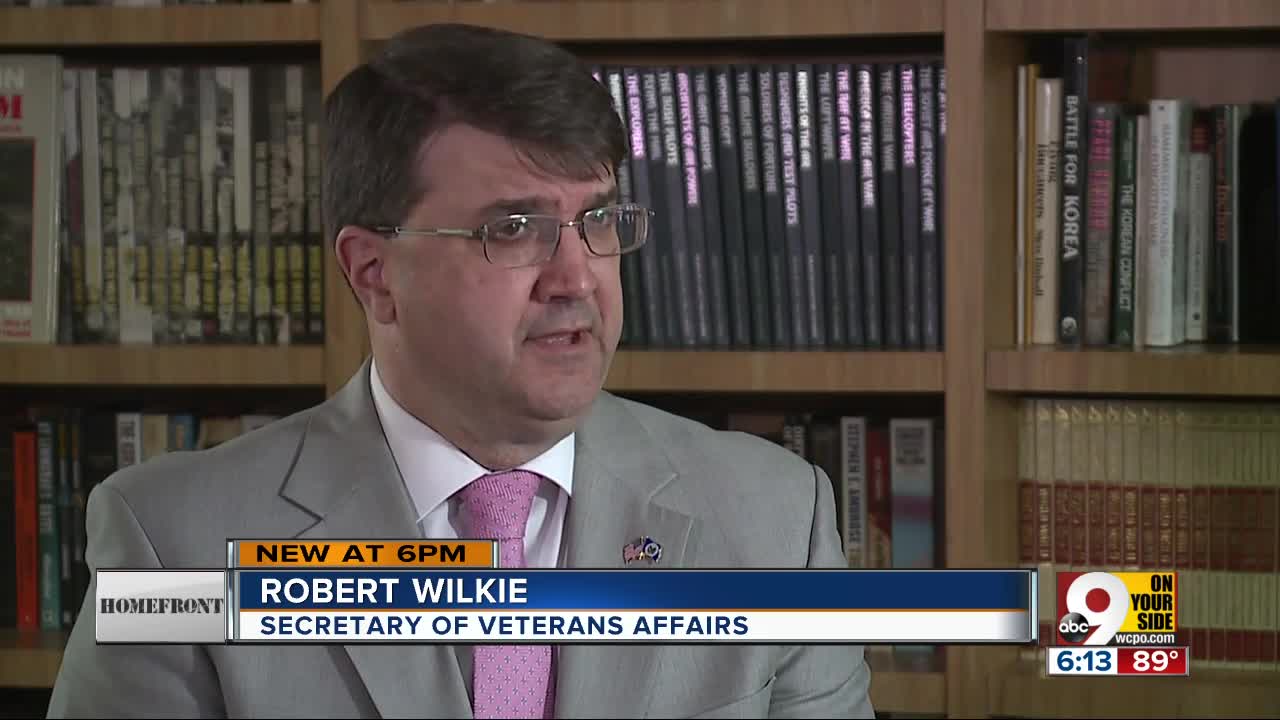 In the 11 months since Robert Wilkie became United States Secretary of Veterans Affairs, he’s booted medical directors from their roles, visited individual VA centers to assess their weaknesses and created history by requesting and receiving the largest-ever budget for his department: $220 billion. However, during a recent visit to Cincinnati, Wilkie said the agency’s approval ratings are rising as it takes a series of new approaches to fight its longtime bugbears. 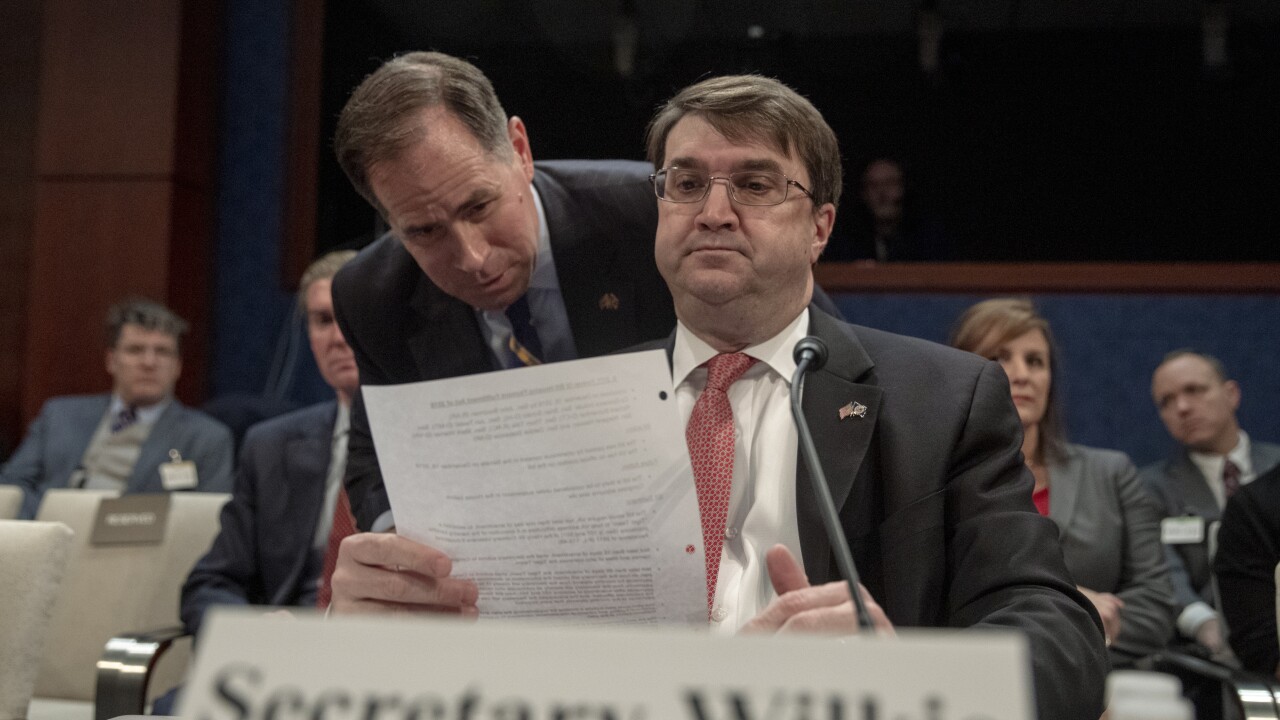 By: Craig McKee
Posted at 8:17 AM, Jul 01, 2019
Listen to this episode of Homefront in the podcast player above

CINCINNATI — In the 11 months since Robert Wilkie became United States Secretary of Veterans Affairs, he’s booted medical directors from their roles, visited individual VA centers to assess their weaknesses and created history by requesting and receiving the largest-ever budget for his department: $220 billion.

The problems facing the VA as he entered it were numerous and well-documented — long wait times for appointments, allegations of misconduct, overprescription of opioids, a poor work environment and improperly kept records that led to delayed GI payments, to name a handful of the most prominent. Many still linger.

However, during a recent visit to Cincinnati, Wilkie said the agency’s approval ratings are rising as it takes a series of new approaches to fight its longtime bugbears.

“Most of the issues in the VA — not here in Cincinnati — have nothing to do with the technical competence of the employees,” he said. “It had everything to do with leadership walking the post.”

As the face of new leadership, Wilkie has overseen the implementation of the MISSION Act, which allows veterans to see pre-screened private practitioners if their local VA is more than a 30-minute drive from home or if the soonest available appointment time (for primary and mental health care) is more than 20 days away. For services falling under the umbrella of "specialty care," veterans can see a community health care provider if their VA is over an hour away or the nearest available appointment is not within 28 days.

Wait times differ from need to need, but the average number of days elapsed between a request and appointment is 12 in Cincinnati, according to Wilkie. It’s 39 at the clinic in Hamilton.

“MISSION was designated to make sure those numbers did not affect the veteran’s health,” Wilkie said.

He also hopes to deal more effectively than his predecessors with issues such as mental illness and addiction, he added. Although Wilkie has in other interviews partially attributed the high rate of veteran suicide to veterans not being in contact with their local VA, he acknowledged the agency’s responsibility to provide better-quality services and outreach. He’s invested $9 billion this year — more than any year before — in improving those aspects of the agency.

“We are not even at the Sputnik stage in this country when it comes to getting our arms around mental health issues," he said at the National Coalition for Homeless Veterans conference in late May.

He echoed that statement during his trip to Cincinnati, noting that providing nuanced mental health care has practical benefits alongside humanitarian ones.

“This is not a draftee army anymore,” he said. “These are all volunteers, and you have to take better care of them than you did in the draftee days, where it didn’t matter what the individual soldiers did (because) there were 10 coming in to replace them on any day.”

Only comprehensive culture change can be the real answer, he added. That could take a significant amount of time, and it means focusing on more than suicide prevention. It means emphasizing wellness, exploring supplemental forms of treatment such as yoga and training veterans to look out for one another.

Mental health should be a significant element of veterans’ everyday care, he said. And everyone else’s, too.

If that $9 billion is spent wisely, Wilkie said he thinks it’s possible the VA could lead the conversation on effective psychiatric treatment in the United States.

“We have a community-based system here,” he said. “We have a culture that promotes communication, and what I see across the country — today, sadly, the fourth new York City policeman (in three weeks) has sadly taken his life. We’ve seen suicide among teenagers spiking. So it’s not just veterans. It’s the entire country that needs to be brought into this.”

Despite years of setbacks, many of which still weigh on his agency, Wilkie said he has generally witnessed encouraging progress since he assumed his post in June 2018.

He hopes to see much more ahead.

“Most of my professional and political career, the VA has always been 16 or 17 out of 17 in terms of best places in the government to work,” he said. “We’re No. 6 now and will likely be higher when the next ratings come out. So (those are) incredible steps forward, and I think it’s incumbent upon me, as someone who comes from the military — I was working for General Mattis when this offer came — to tell that story and encourage veterans to use the VA.

“This is a home for them with people who have served.”