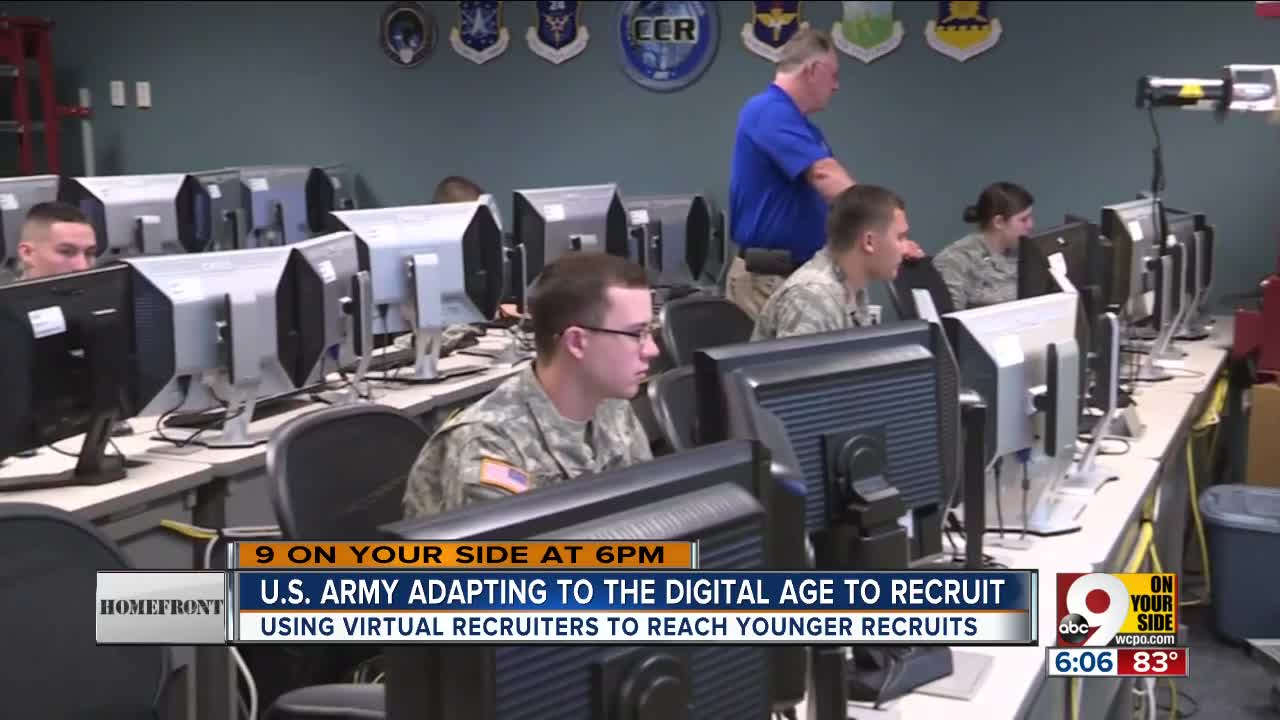 The nature of modern warfare can sometimes necessitate reaching out to people familiar with — well, Modern Warfare.

“Batman Begins” was in theaters the last time the United States Army failed to meet its recruitment goals for the year — the last time, anyway, until 2018, when the military’s largest branch fell about 6,000 short of the 76,500 new soldiers it was supposed to have found during the preceding 12 months.

Ltc. Che Arosemena, who leads the recruiting battalion assigned to Cincinnati and Northern Kentucky, admits his job is tougher than it might have been 40 years ago. The Army has fiercer competitors for young people’s attention; the financial and educational benefits it offers are no longer exclusive; and health issues such as obesity are more prevalent among the pool of would-be recruits.

Those potential recruits can also be more skeptical that joining is a good idea, he added.

“It’s part of our initial discussion when someone wants to join, is that you’re going to be part of an alumni who’s going to take care of you at the end of that day,” Arosemena said. “That’s important because, for better or worse, maybe the Army hasn’t done that. or the image of the Army has taken some hits because we haven’t done that so effectively.”

He hopes innovative new methods of making contact and having that conversation will help close the gap between where the Army’s numbers are now and where leaders like President Donald Trump want them.

Prominent among those methods: Reaching out to young people on the internet, including via social media and competitive online video games.

“We’ve got an e-gaming team, about 20 of our soldiers are at Fort Knox, and they go out and compete in e-gaming events,” Arosemena said.

Recruiters are integrating themselves into real-life communities, too, by becoming involved in fitness competitions such as Crossfit and reaching out to a larger number of women’s social groups in search of woman recruits.

Steve Lee, civilian aide to the secretary of the Army for southern Ohio, said the youngest recruits have increasingly invaluable skills in a world where warfare is increasingly digital — even if they’re harder to find.

“It’s a different skill set we’re looking for, that we’re training for, that twenty years ago we didn’t have,” he said.

And despite the new challenges of his job, Arosemena said he felt confident the Army would be on track to boost its numbers of 500,000 within the decade.

It just needs to pay close attention to what its would-be members want.

“The challenge now is the ability for organizations to communicate, whether it be through social media or through technology that is readily available,” he said.