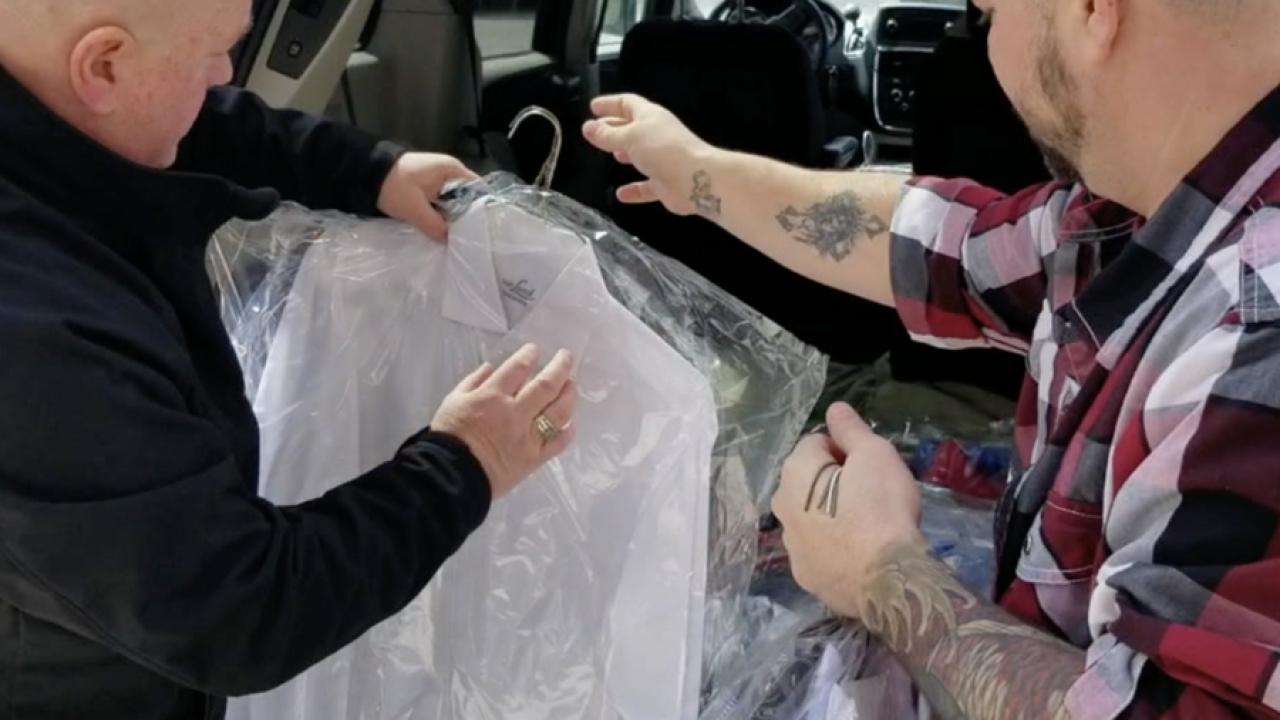 He sold nearly all of it for something more important: His fellow former servicemen and women.

Teague used the money to start Veteran Threads, a project in which he buys abandoned items of clothing from dry cleaners and donates them to veterans in need through the Cincinnati Department of Veterans Affairs.

“Some people just need a little hope, to feel a little appreciation for what they’ve done, and I feel veterans should be at the top of that list,” he said.

Veteran Threads collected over 3,000 items of clothing in its first two months of existence, outpacing his expectations as well as those of business partner, Marine Corps air traffic controller Allen Walker.

“It’s almost like a whirlwind,” Walker said. “We’ve gotten so much traction and so much acceptance in the community that we’ve kind of had to take a step back and regroup. It’s really motivating us because we know that we can help so many people, not only here in Cincinnati but not across the entire country.”

Although it might be early in the life of the venture, its co-founders envision a nationwide effort to ensure veterans in need are clothed and cared for.

Getting items from dry cleaners helps guarantee those veterans are getting high-quality clothes, Teague added. A pressed shirt and slacks can make an enormous difference for jobless veterans during interviews.

“For them to have an opportunity to dress for success and hopefully get their first leg up, we think it’s really exciting,” he said.

As for the baseball souvenir collection, he kept a few pieces handed down by his father. The rest might be better off in other hands.

"It’s better than collecting dust," he said. "I have a small home, and my wife was quite frankly glad to see some of it go."