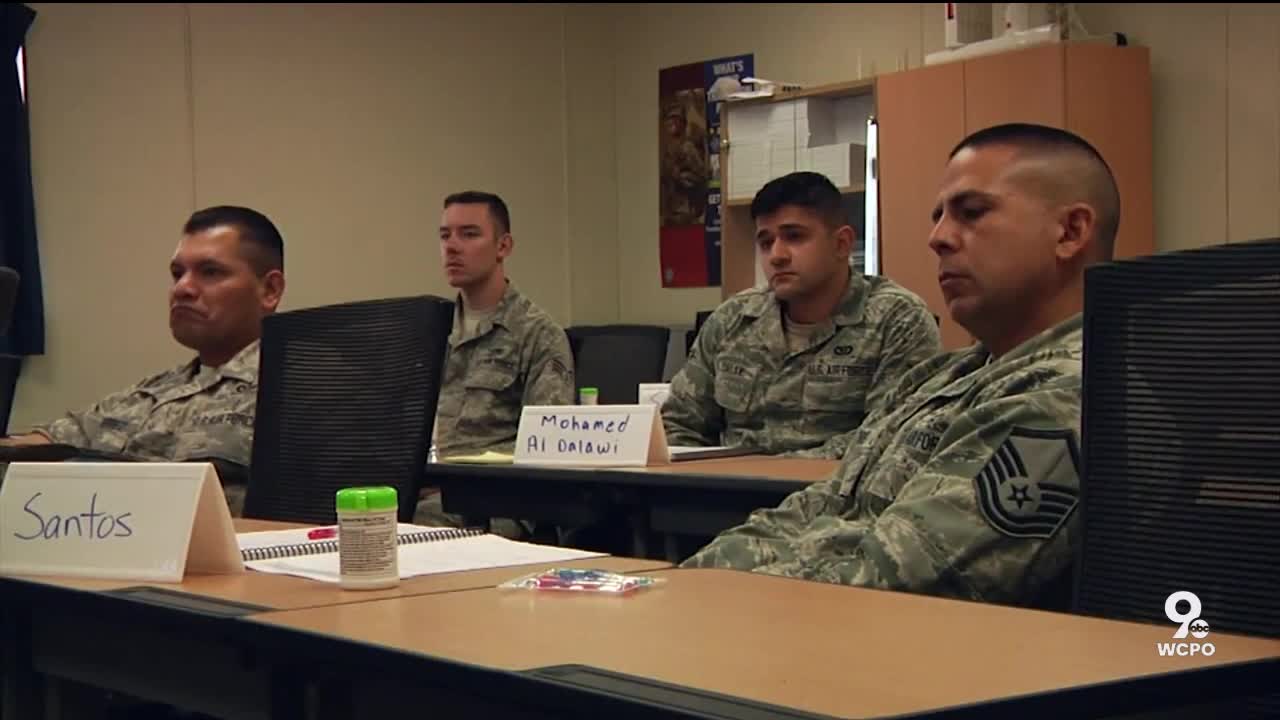 Approximately 200,000 men and women leave the armed services every year. That transition, especially in the middle of the pandemic, is now more of a challenge. A local Army vet that has tried for years to change the process now has a seat at the table.

CINCINNATI — Could a poor transition process from the military be contributing to veteran suicide?

“You can’t prevent suicide once somebody is ready; that’s not the time to prevent it,” said Army veteran Nate Pelletier.

Pelletier is a longtime advocate to change the military transition process for members of the armed services who are reintegrating into the civilian world.

“We continue to react to things; we wait until it’s a problem,” said Pelletier.

He said improving the transition process to include a warm handoff to the community in which veterans return could make a world of difference to the success of a service member’s post-military life.

Pelletier, along with fellow veteran and transition expert Matthew Louis, wrote a white paper on the topic to promote their idea.

“Studies show that combat or the number of deployments doesn’t directly correlate to suicide as much as transition failure does," Louis said. "It’s reached its height in the post 9/11 generation, where the rate of suicide has more than doubled in the past decade.”

The other factor now causing a new wrinkle in the transition process is the novel coronavirus COVID-19.

“On a monthly basis right now you’re looking at order-of-magnitude 20,000 people leaving the service without any sort of training right now because of TAP (Transition Assistance Program) being shut down in light of COVID,” Louis said.

The TAP program is a mandated course to aid in the reintegration of service members to civilian life. It starts 365 days out from the military member separating and ends with five days of in-class work. However, that program came to a screeching halt once the pandemic spread.

With no in-person classes, Miller says the Department of Defense and each branch of the military is having to rely on virtual meetings or phone calls. A 24-hour counseling hot line service's availability was extended for a full year past the veteran's separation date.

Miller also said if a military member feels as though they aren’t ready to make the transition amid the pandemic they can ask their command to extend their time of service until the pandemic is over.

Despite the current situation, Miller says TAP is still meeting statutory requirements for transition, but Pelletier doesn’t see it that way.

“They’re not getting the training or the connection to where they’re going, which could lead to a real problem,” he said.

Pelletier said he, along with Louis, have been in discussions with the U.S. Department of Veterans Affairs regarding a hub-based transition concept he collaborated with non-profits in other states to create. The idea was signed into law by President Trump, but it was never funded due to the government shutdown in 2019.

Pelletier said his discussions with the VA involve the pilot ETS (Expiration of Term of Service) Sponsorship Program, where soldiers are assigned a sponsor in the city where they’re settling to help with resources, benefits and opportunities to aid in their success.

“We could potentially be fulfilling the TAP program’s role as well, right, because if they’re unable to provide the services in place on the installation, we want the sponsorship program to connect us with any soldier right away and we’ll get the hub organization to work with them over Zoom or whatever like we are today and pull them from the installation into their community,” Pelletier said.

Starting June 1, TAP will begin sending notifications to states letting them know that a service member has chosen their state to move to after their service is over. Miller said it’s something state governments have sought for a long time and it will allow states to reach out a whole year ahead of the separation from service to help guide that military member to resources, jobs, education, laying out a game plan for their arrival.

While that could potentially have a positive impact on future veterans' transitioning down the road, the most important issue is in helping those with more pressing needs.

“Right now we’re getting an opportunity to test this warm handoff that we haven’t really been able to do because we haven’t had the federal support or a program like the VA ETS sponsorship program to be able to help us do it, but there’s a sense of urgency to do this because the service for TAP is really limited right now,” Pelletier said.

Miller said he applauds the work Pelletier has done and believes in the community-based assistance to help those leaving the service.

“Those warm handoffs are even more robust now and more attention is being paid to them than previously,” Miller said.

Louis said he's concerned that too many veterans could slip through the transition cracks right now and sees moving forward with growing the community hub-based system as the best option.

“First and foremost, we’re going to be saving lives," Louis said. "By having this bridge – by enabling a warm handoff getting these transitioning veterans into career fields of their choice fully employed in whatever geography they settle in the country – that’s going to go a long, long way literally into saving lives.”