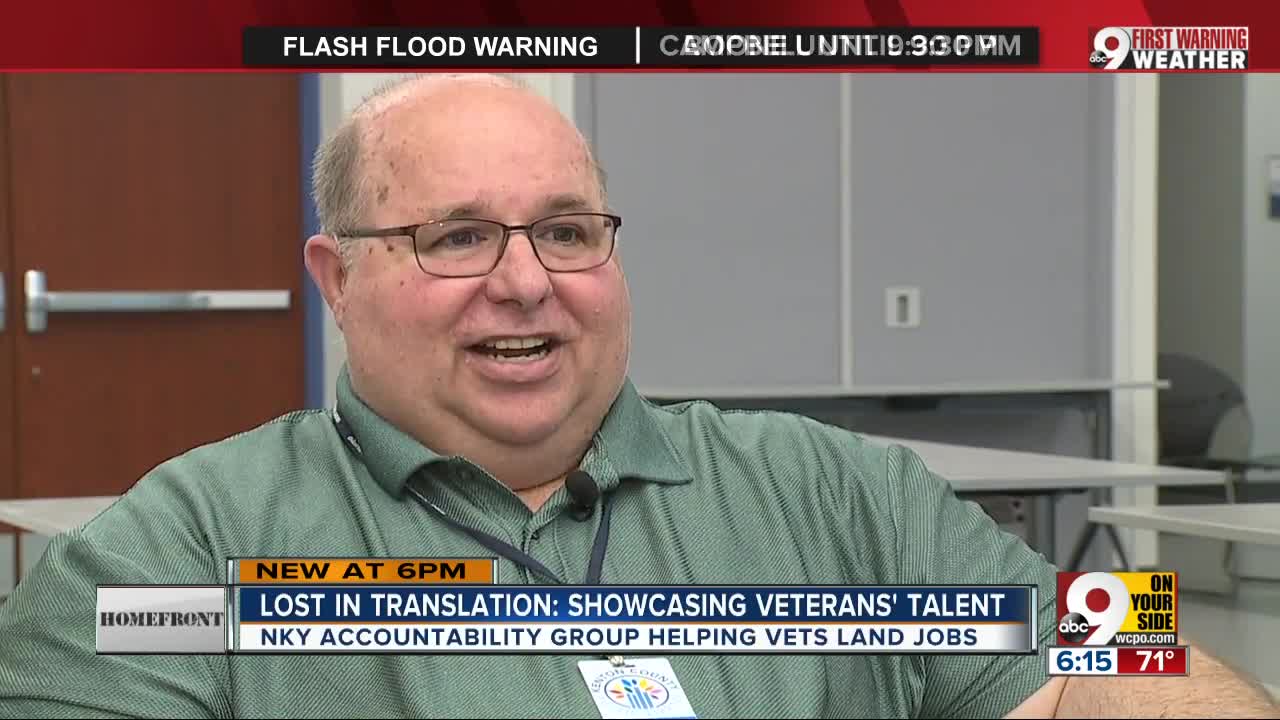 The skills you gain from a career in the military are transferable, but the language? That's harder. The NKY Accountability Group helps veterans transitioning into the civilian workforce showcase their skills and find jobs that are a good fit.

Doug Hester went nearly a quarter-century without filling out a job application — until, after 24 years in the United States Marine Corps, he found himself back in a civilian job market that wanted a different kind of recruit.

“You got to take some humble pie off the bat,” he said. “A lot of employers don’t understand the value a senior military member brings to the table.”

And many veterans don’t innately understand how to catch up to the modern job market. When Hester graduated from Oak Hills High School in 1994, a job-seeker bringing a resume straight to the office might have gotten an interview. Now, it’s all about networking, he said.

That’s where the Northern Kentucky Accountability Group steps in to help people like him.

The organization’s mission is to help all job-seekers who find themselves re-starting or switching careers, especially in middle age. Hester, who now works for Amazon, said it’s been an invaluable resource for him and other long-term service members.

“(There’s) just so much support and so many people who give ideas, give directions or give contacts,” said Jeff Carroll, a former mechanic with the Air Force. “It’s an amazing group. I don’t know what I would have done without them.”

He and Hester lean on their fellow veterans and on NKY Accountability Group’s job coaches to find connections, retool their resumes and practice interview skills.

“I have probably 1,600 employers that I’ve dealt with,” volunteer job coach Ken Wocher said. "I can share those with people, help them get contacts they vitally need to get one-on-one interviews.”

Even when an opening isn’t right for one person, Air Force veteran Jason Nahrgang said, they can tell their fellow job-seekers about it and one of them can nab the opportunity.

“This is a great place to meet people who are also meeting other people,” he said.

Fundamentally, he added, it helps him feel less alone and helps his fellow veterans refresh real-world social skills that might have atrophied in the service, including a crucial one: Asking for help.

“I think it’s really, really important that veterans understand that they’re unique but not special,” he said. “And to have some humility coming out and saying, ‘I have some things to learn. Teach me.’”

Anyone interested in becoming a part can attend a meeting on any Wednesday between 9:15 — 11:30 a.m. or contact workforce development manager Natalie Ruppert at natalie.ruppert@kentonlibrary.org.