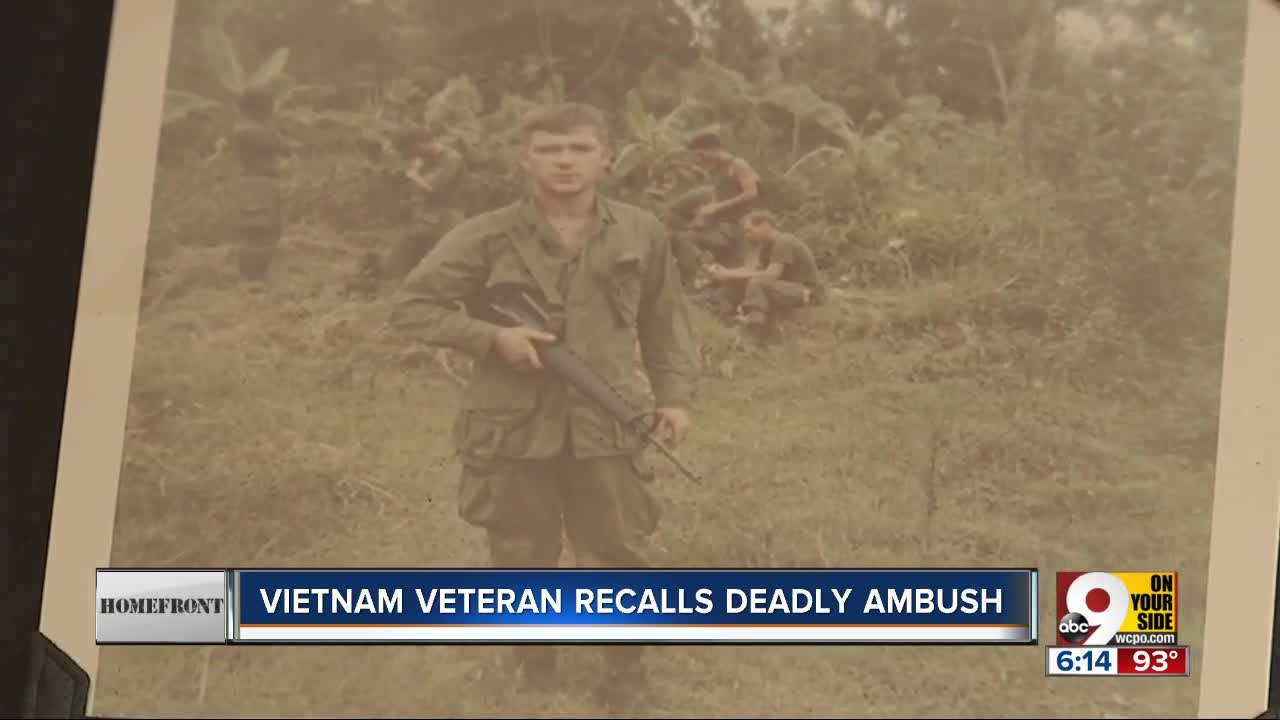 A Colerain Township man accused of shooting and killing a 17-year-old boy claims he responded to the scene of a fight to help his sister, the suspect’s attorney said in court Monday.

ANDERSON TOWNSHIP, Ohio — Rick Hast doesn’t remember if it was a half-hour or an hour or even longer that he carried the wounded Rocky Bleier on his back through the Vietnamese undergrowth Aug. 20, 1969. The moments after their 32-man unit was ambushed in the Hiep Duc Valley, leaving 25 wounded and four dead, were outside of time.

The only thing that mattered was the next step.

“The commander said our situation that day was beyond dire,” Hast said. “Those were his words.”

The ambush hit while they investigated a small hut near a rice field, Hast said. When they stepped out, they discovered the North Vietnamese Army had surrounded them.

What happened next happened fast — so fast that one of Hast’s fellow infantrymen, 21-year-old Specialist Jerry William Hill, was killed by friendly fire from United States gunships above. When the company commanders huddled together to begin strategizing, the NVA switched to grenades.

“I could hear the grenades going off,” Hast said. “I didn’t get hit by the shrapnel.”

He was lucky. He was also among the few able-bodies men who could effectively carry the wounded back to safety once close-quarters fray began to disperse. At one point, he said, he and another man carried the injured Bleier between them in a makeshift hammock, but that was no good.

“He was bouncing on the ground, and he was hurt,” Hast said. “He was shot in the initial ambush and then shrapnel from those grenades coming in.”

So Hast slung the future Pittsburgh Steelers all-timer over his shoulders and carried him back to safety, fighting back his own terror with every step.

When his family suggested he revisit the site of the ambush years later, his first response was “like every other person that went to Vietnam,” he said. “‘I’m not going back to that damn place.’”

But he did. Accompanied by his sister and youngest son, Hast returned in 2014 to a much different country — one where the places he once worried about ambushes were home to families living quiet, domestic lives.

“I left saying, ‘You know, I think we did some good because these people are better off than when I was here,’” he said.

Bleier, the man he saved, made his own return to Vietnam this year. His wounds from that day didn’t prevent him from becoming a part of the Steelers’ four Super Bowl teams in the ‘70s or joining the team’s Ring of Honor in 2018.

ESPN chronicled the journey in “The Return,” a documentary scheduled to air Tuesday at 8 p.m. on ESPN2.