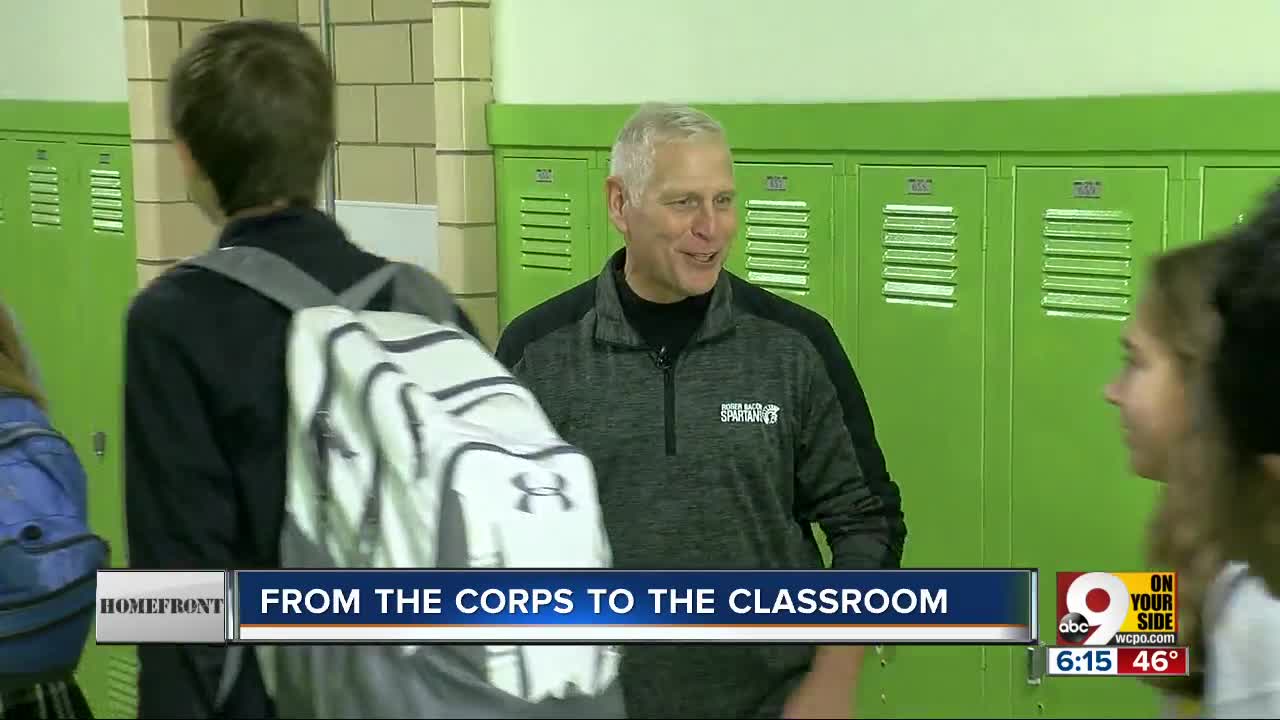 There’s a devil dog in the principal’s office at Roger Bacon High School. If you’re surprised, that’s understandable — he is, too. 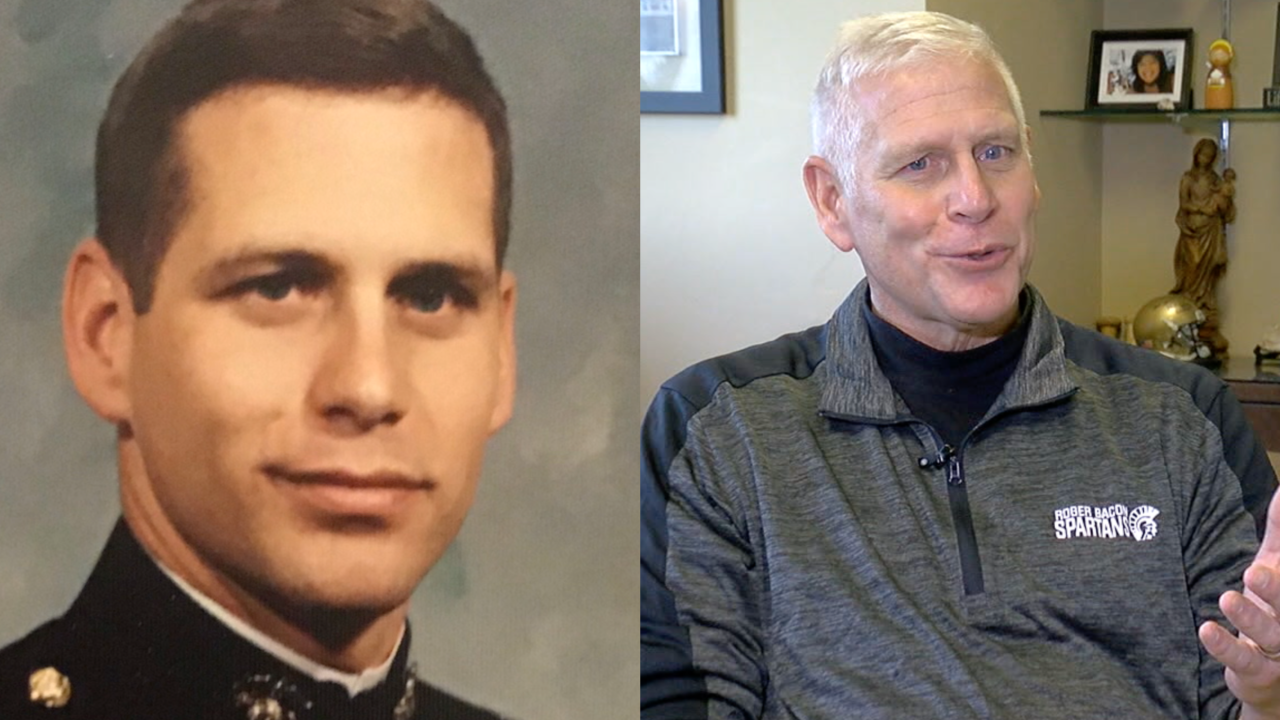 ST. BERNARD, Ohio — There’s a devil dog in the principal’s office at Roger Bacon High School. If you’re surprised, that’s understandable — he is, too.

“If you would have told me 20 years ago that I was going to be a teacher or be an administrator, it wouldn’t have been on my radar,” Marine veteran Steve Schad said. “It’s been a godsend.”

A program called Troops to Teachers helped him transition from service in the armed forces to service in Greater Cincinnati’s school system.

It’s not the first unexpected turn his life has taken. Schad entered the Marine Corps in 1979, intending at the time to spend four years as a supply officer and then get out. He had been part of Miami University’s ROTC program because he needed money to pay for school; he didn’t envision a longterm future in the military.

Instead, he said, he fell in love with it.

“I got down to my first duty station,” he said. “My wife looked at me after about three months, and she said, ‘You’re going to stay in for 20, aren’t you?’”

He did. Over the course of those two decades, he learned to speak Spanish, taught it to other troops and eventually became a naval attache at the United States embassy in Madrid.

By the time he retired in 1999, it was life outside the military, not in it, that suddenly seemed intimidating. Connecting with Troops to Teachers helped him figure out what he would do next: Continue teaching Spanish, but this time to high schoolers.

His first job was at Hillsboro High School, and his new career inspired him to earn master’s in administration from Xavier University. Schad described his arrival at Roger Bacon as serendipitous: He was online helping another teacher search for jobs when he spotted a listing for a principal at Roger Bacon.

“I said, ‘What the heck, I’ll go ahead and try,’” he said. “I graduated from Saint X, so I was very familiar with the GCL, so I thought, ‘Maybe this is an opportunity.’”

He found his military history helped him become a better principal — not a disciplinarian, but a leader and educator.

“In the Marine Corps, they taught us from the very beginning that the Marine Corps was never about tanks, Howitzers, aircraft,” he said. “It was always about that individual Marine, and that was the single most important thing, and that’s something that’s stuck with me. Our (Roger Bacon) patron saint, Saint Francis of Assisi, found value in all of God's creation, whether it was animals or a leper. He found value in everyone.”

So does Schad, according to people in his office. He learns every student’s name; he hands out high fives every morning.

“I've watched teenagers go in there (to his office) and you see young men come out,” said longtime Roger Bacon receptionist Michelle Brummett. “It's not because you hear in your face yelling like a Marine. He just inspires them to be good young men.”