Homefront: Veterans charged with the duty to honor Old Glory beyond its service to country 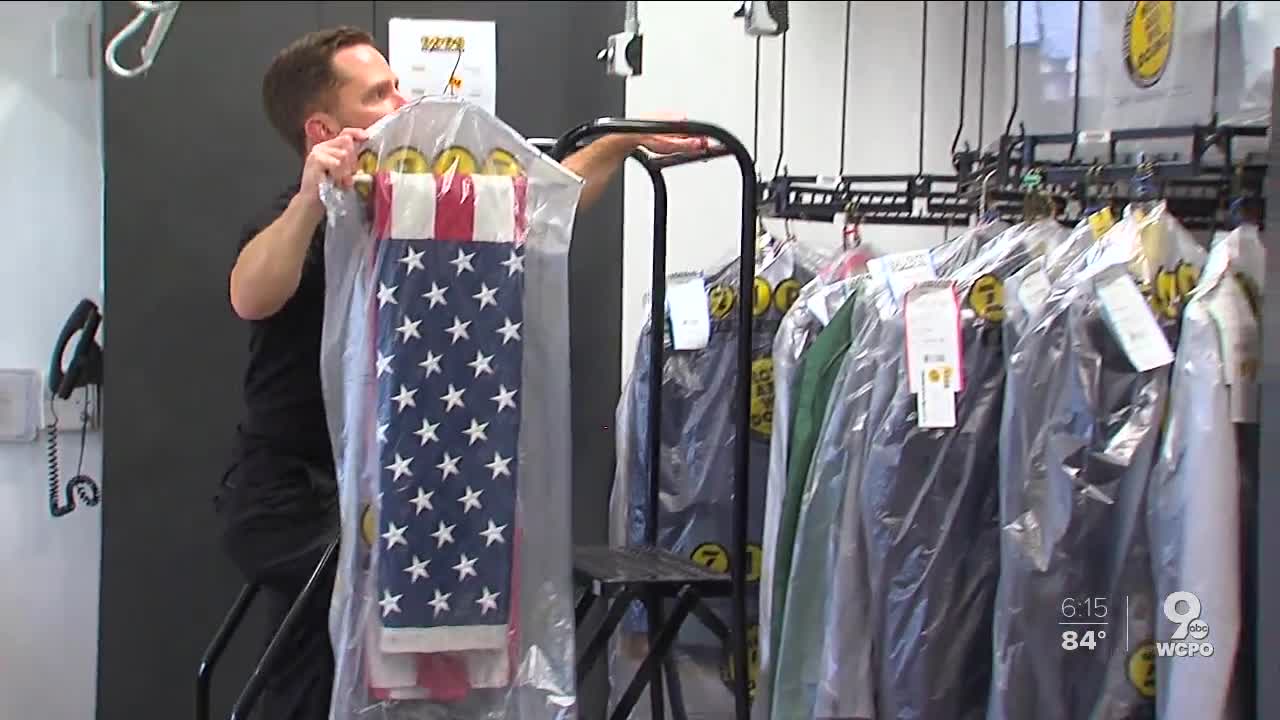 For Baker respecting the flag when flown is one thing, when it has seen its final days it's a whole different level of respect. 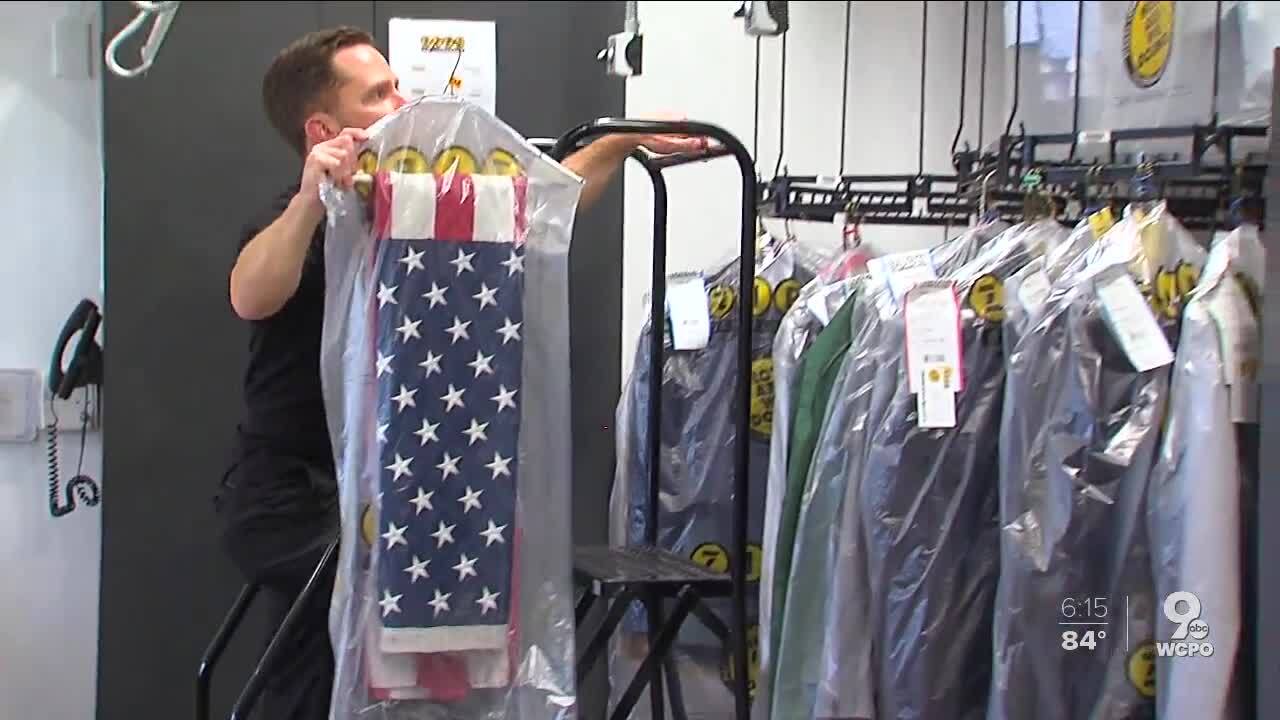 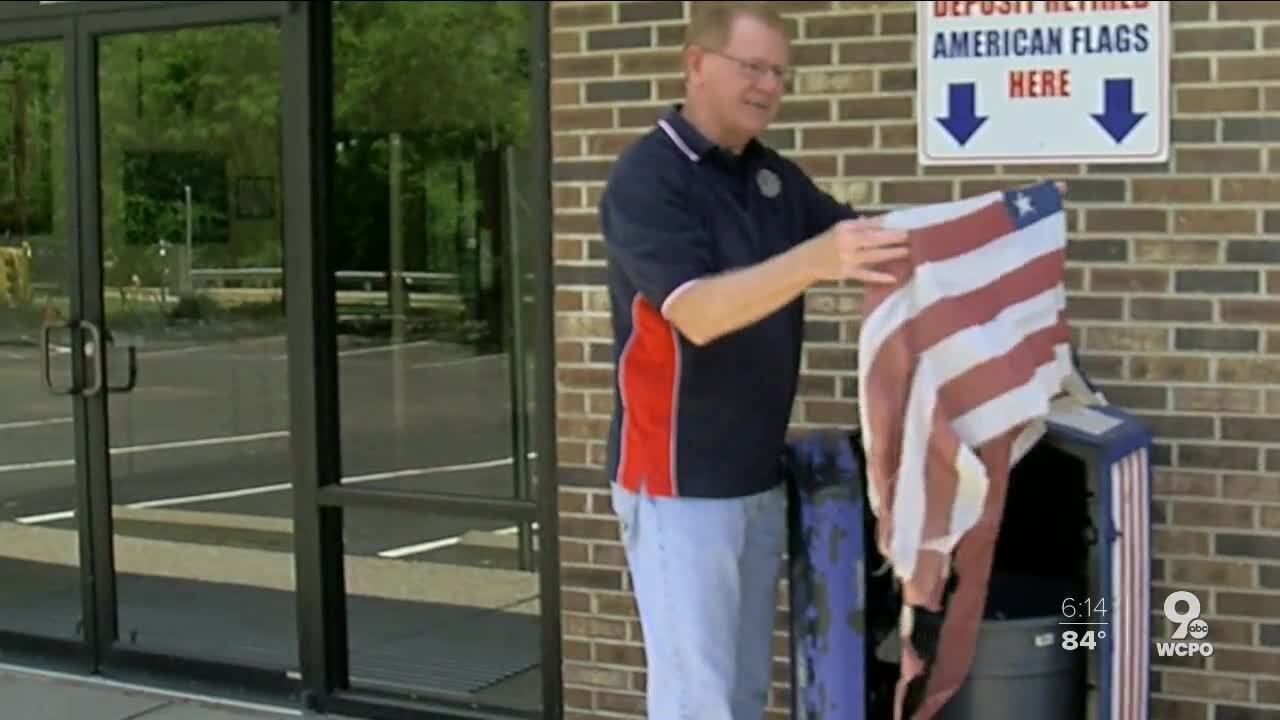 ANDERSON TOWNSHIP, Ohio — The American flag can mean many things to different people. To those who've served in the United States armed services, it has an extra representation as they have sworn to die for the values for which it stands.

"I was born on July 4th so it's a big deal for me," said Air Force veteran Joe Baker.

For Baker, respecting the flag when flown is one thing; when it has seen its final days, it's a whole different level of respect.

"It's just better etiquette to take them down when they start fading or getting tattered," he said.

Baker's American Legion Post 318 has a special drop off box for flags that need to be properly disposed of when they've been retired.

"To respect it and give it a whole ceremony around a flag in general," he said. "So people won't throw them in the trash we'll retire them respectfully."

The legion teams up with local Boy Scout groups and their leaders to host a flag retirement ceremony a few times a year. Baker says the scout members will talk about the meaning of the flag and its history as they place flags or strips into a hot fire.

Members of the community are invited to the ceremony and encouraged to participate.

"Put it in the fire to retire it and say, 'Dedicating this to my dad who fought in World War II,'" Baker said.

While Post 318 helps to retire old flags, Josh Pinkey in Oakley is doing his part to help them look their best.

"We've been offering it from day one. You don't even have to buy anything. It's not like 'free with purchase' or anything like that," Pinkey said.

"Fire departments bring these huge flags up and it's cool knowing that flag came through Zips and we played a small part, and now it's not only flying on a flagpole but a lot of their ceremonies and funerals too."

Flag Day is always on June 14 as it is the anniversary to commemorate the adoption of the Stars and Stripes on June 14, 1777 by the Second Continental Congress.