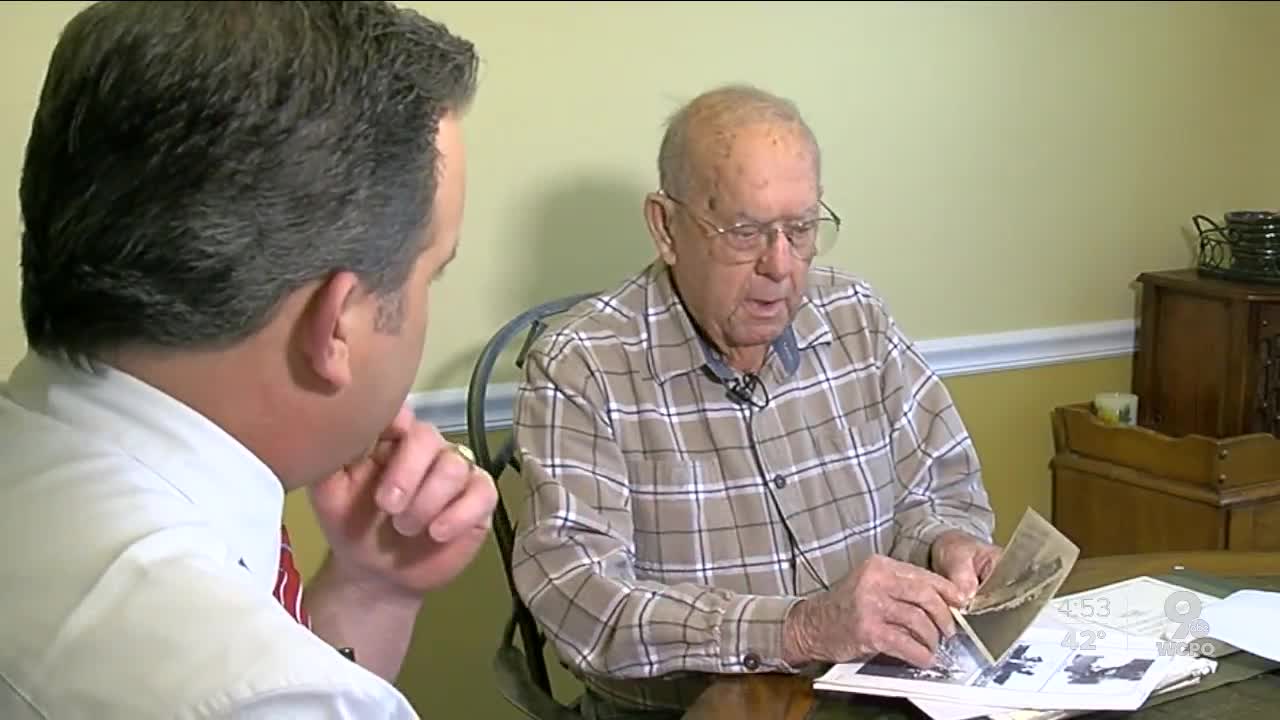 A World War II veteran's 96th birthday looked a little different amid the pandemic, but the American Legion helped bring a smile to his face all the same.

ALEXANDRIA, Ky. — When you've survived a world war and turn 96, you deserve a celebration – despite the quarantine.

The Essex, like many ships during the war, became a target for Japanese "kamikaze" attacks, which involved pilots flying war planes into ships in an attempt to disable or sink them.

Reid recalled the day a kamikaze plane hit the Essex, crashing into the side of the carrier on Nov. 25, 1944.

"You could feel it," Reid said.

He remembers the call coming over the squawk box.

Several sailors were lost that day, and the ship that Reid called home was battered.

"This was home. Once I went aboard it, that was home," said Reid, who enlisted in the Navy instead of waiting to be drafted into the Army during the war.

The Essex was repaired in time to see World War II through to the end, and Reid with his family of sailors survived to see Japan surrender to the U.S. on Sept. 2, 1945.

"Our captain came on and said, 'This is the captain speaking, and I just want to let you know that the war is over,'" Reid said.

This year, Reid planned to spend his 96th birthday with his wife as the COVID-19 pandemic has restricted large gatherings. That didn't sit right with Beth Skulas.

"Dale was unfortunately not going to be able to have his family with him on his 96th birthday because of the quarantine," she said.

Skulas and her husband, a member of Reid's American Legion Post 219 in Alexandria, Kentucky, came up with a plan.

"We all just kind of did this mini flash mob, and we socially distanced and sang happy birthday a couple times," she said.

Because when you're a war hero turning 96, you deserve to have your cake and celebrations.

"He deserved more than a phone call I thought," Skulas said. "People were willing to come out and support him, and that's what our American Legion Auxillary does, and so we all showed up and brought some smiles to his face."

A side note: Craig sat down with Dale prior to any social distancing requirements or stay home orders.