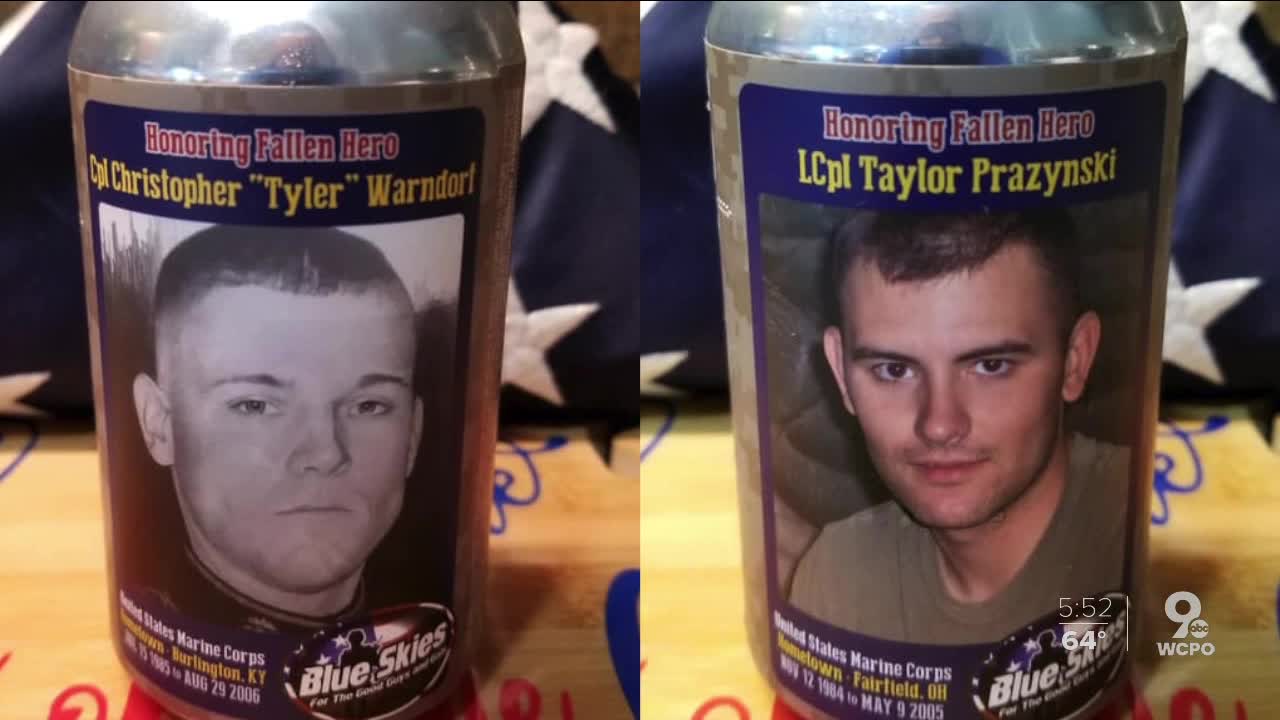 Brian McGinnis is the head brewer and co-owner of Grainworks -- whose commemorative 6-packs of Blue Skies Hero Brew feature local heroes who gave their life for their country. The beer gets its name from the Blue Skies for Good Guys and Gals Warrior Foundation It's co-founder Dave Hart approached Grainworks with the idea. 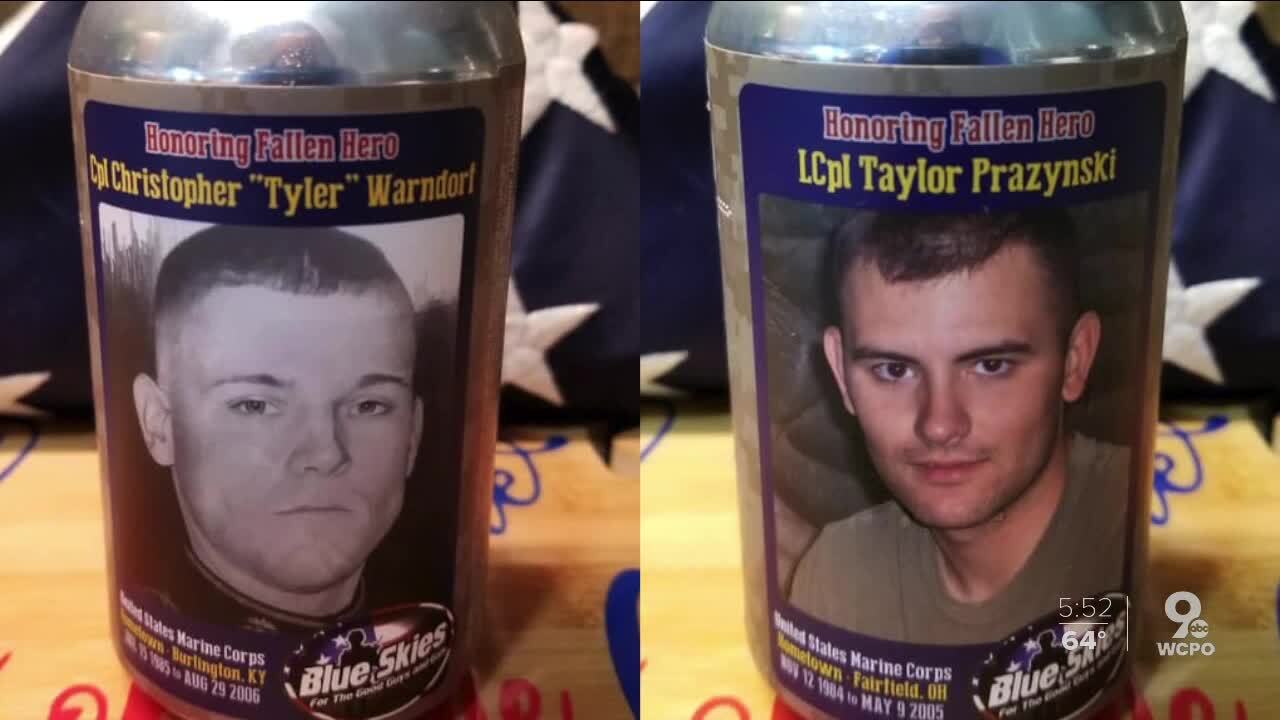 WEST CHESTER, Ohio — Ten local soldiers who died in the line of duty are now being honored in a unique way.

The assembly line at Grainworks Brewing Company in West Chester is packaging up something heroic.

“So this is an amber ale,” head brewer at Grainworks Brian McGinnis said. “It’s a little different, because we’re using warrior hops and liberty hops,”

It's a fitting combination of hops for the 10 heroes featured on the cans of Blue Skies Hero Brew.

“It’s huge because we’ve become friends of many of these families,” McGinnis said.

The beer gets its name from the Blue Skies for Good Guys and Gals Warrior Foundation. Co-founder Dave Hart approached Grainworks with the idea.

Blue Skies is the foundation of the local professional skydiving group team, Fastrax, based in Middletown. The foundation supports Gold Star Families, combat-wounded veterans and first responders – something they do throughout the year on top of the Dedicated Warrior Weekend in July.

“Warrior Weekend is a time for them to relax, help build new friendships, build new relationships and know there are like-minded people out there,” Marine Corps veteran Samuel Deeds said.

Deeds is the veteran ambassador for Blue Skies and he also served with and knew two of the Marines honored on the beer cans.

“Taylor Prazynski, I picked up from the school of infantry in 2004, and shortly after picking him up we were told we were deploying to Haiti,” Deeds said. “Another young man on there, Tyler Warndorf, was a 2003 grad of Conner and I actually put him in the Marine Corps.”

For Deeds, the special cans offer up a taste of reality.

“There is a price for our freedom and it’s – unfortunately – it’s at the blood of our service men and women and our first responders,” Deeds said. “Our hope is that people see this and they realize their loved ones are not forgotten.”

The Blue Skies Hero Brew is on tap at Grainworks, and $1 of every pint goes back to support Blue Skies for the Good Guys and Gals Warrior Foundation.