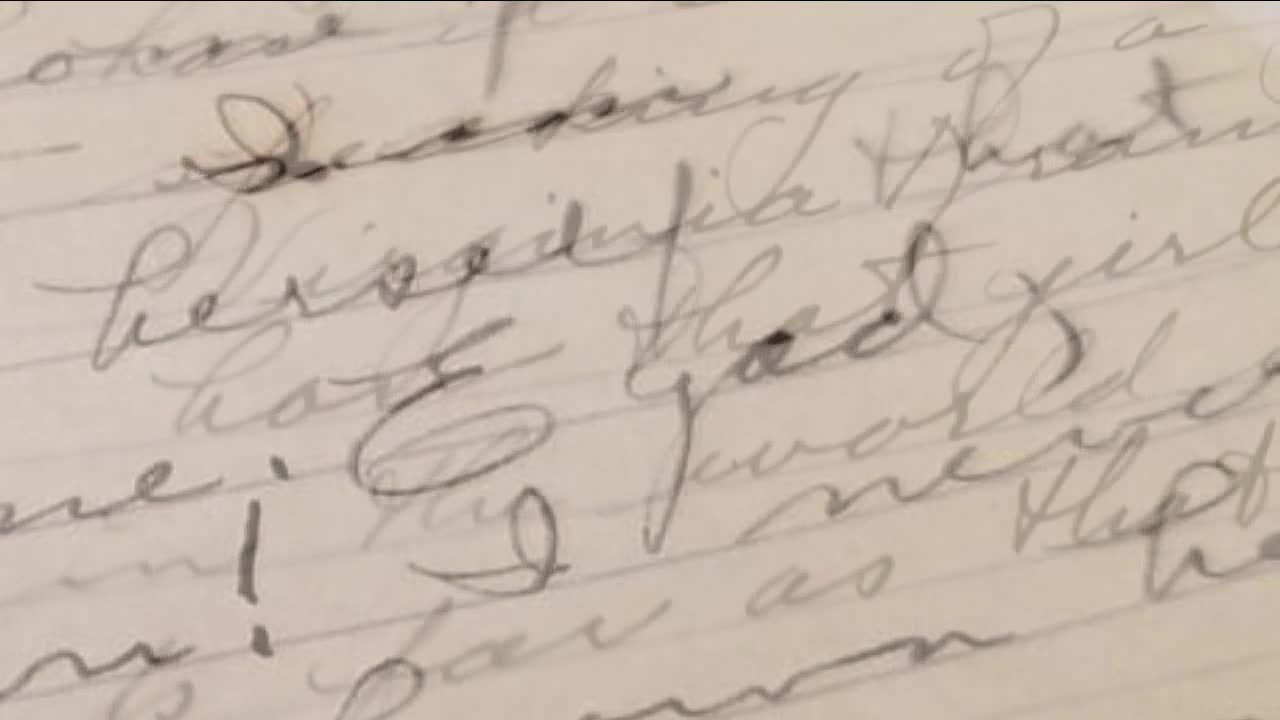 As pen pals, this local couple found each other working on different fronts of the world's most tumultuous conflict.

World War II was a conflict fought on many fronts, from European beaches to the Pacific theater, to factories and war efforts at home.

During the war, Virginia Kramer of Silver Grove, Kentucky, took up the fight on the homefront working at Wright Aeronautical in Evendale, in the same building where GE Aviation resides today.

“They put me on this cam machine,” she said. “A cam to me didn't mean a darn thing to me.”

But her work did mean a lot to the war effort, and for Virginia, who had a special pen pal overseas.

“My mother said, ‘The war is going on, and these guys are worried. The least you can do is send a letter once in a while to these guys,’” she said.

So she began writing to Ed Gerhardstein, a longtime next-door neighbor. After some correspondence, Ed wrote a letter to his mother about the blossoming relationship with his new pen pal in June 1944.

“I guess even the homefront has its military secrets. I'm speaking of a picture of herself that Virginia Kramer sent me – egad, how that girl has grown. It never dawned on me that she's not a kid anymore,” he wrote.

Donna, Virginia's middle child, showed WCPO a collection of letters her father sent home to her grandmother during the war.

“They weren't into any of that for fame or glory,” Donna said of the heroes abroad and at home. “They did what they had to do.”

While Ed continued serving, Virginia continued to write and work at Wright Aeronautics until the end of the war.

“The day the war ended -- that night -- the place closed up, just like that. That's how quick. I still can't believe it. In a matter of ten hours, that was it.”

Ed and Virginia continued their letters, building on their friendship and courtship until their eventual marriage.

Together they raised 12 children, and their family later grew with 41 grandchildren and 53 great-grandchildren.

And as for the work Virginia did alongside more than 310,000 women working in the wartime aircraft industry, she saw the impact of her work on the cam when she attended a Rosie the Riveter event at Lunken Airport five years ago.