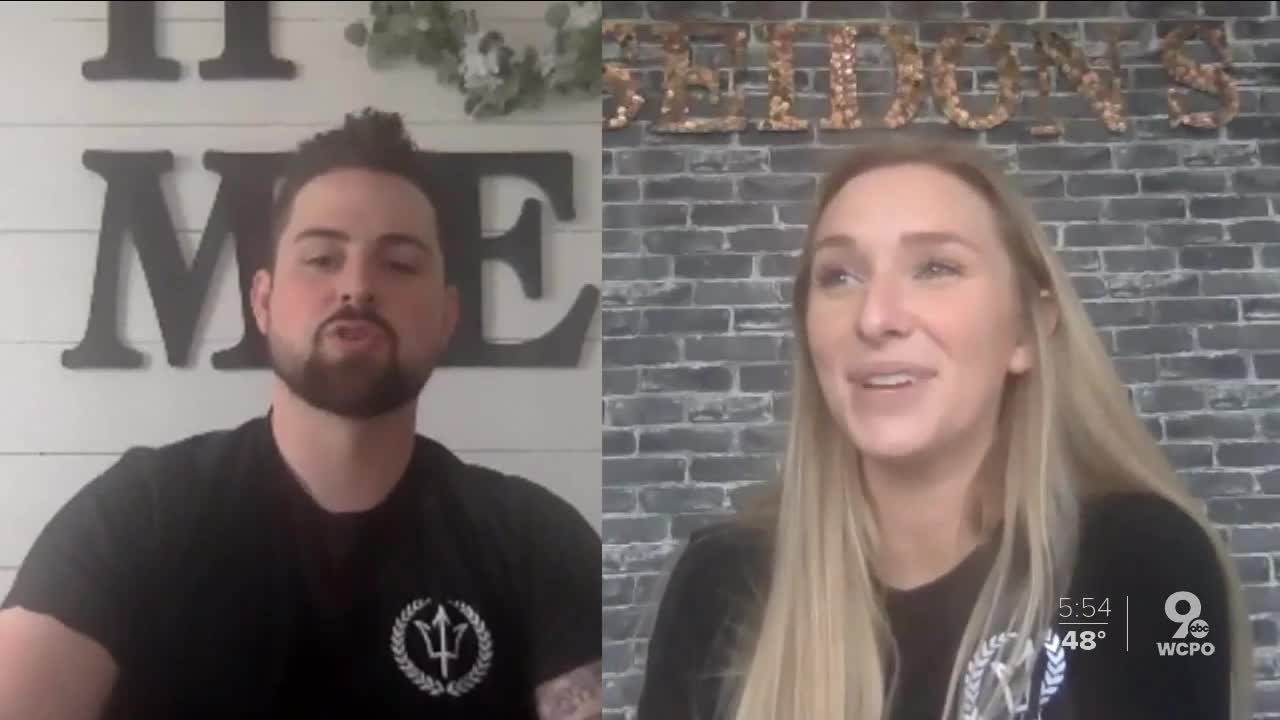 FLORENCE, Ky. — Poseidon’s Pizza Company in Florence is serving up a slice of patriotism. The restaurant has been open for just under a year, but from the first day, they had a special pizza on the menu, one that raises money for wounded soldiers.

“It’s pretty much just a meatlovers, but you get to choose your three toppings,” Poseidon's Pizza Company co-owner Jay Bachmann said.

For some customers, it’s not what’s on the pizza that catches people’s attention, it’s the name that surprises.

“It's funny because sometimes people will say, 'IGY6' cause they're not sure what it stands for,” Poseidon's Pizza Company co-owner Savannah Bachmann said.

I-G-Y-6 stands for "I got your six," a military reference letting someone know you have their back.

Jay and Savannah Bachmann said they had no clue what it meant when Savannah’s brother Mike Hamlin suggested it.

“He explained it to me, and we thought it had such a cool meaning that we had to put it on the menu,” she said.

Hamlin was in the Marine Corps and served in Afghanistan. He was injured in a Humvee explosion and was the only survivor of the attack. He eventually recovered from his wounds and returned to Northern Kentucky.

The pizza isn’t just a name, it’s also supporting wounded warriors: 10% of every pizza sold goes to the Wounded Warrior Project. The couple has raised close to $6,000 for the charity so far.

The Bachmann’s also added another nod to Hamlin on the menu.

“People around here call him Ham Daddy – it was perfect because we needed a Hawaiian Pizza, and it fit right in with it,” Savannah Bachman said.

The husband and wife team co-own the business with Jay’s brother Nick. None of them has a military background – but they have the full supports of those who have served.

“It's kind of like paying tribute to the military without even having to say anything,” Jay Bachmann said.

The couple opened a second location in Hebron last month.

In recent weeks, the Bachmann’s have held fundraisers for area small businesses closed during the stay-at-home orders and written checks totaling $10,000 to help those businesses cover some of their expenses.