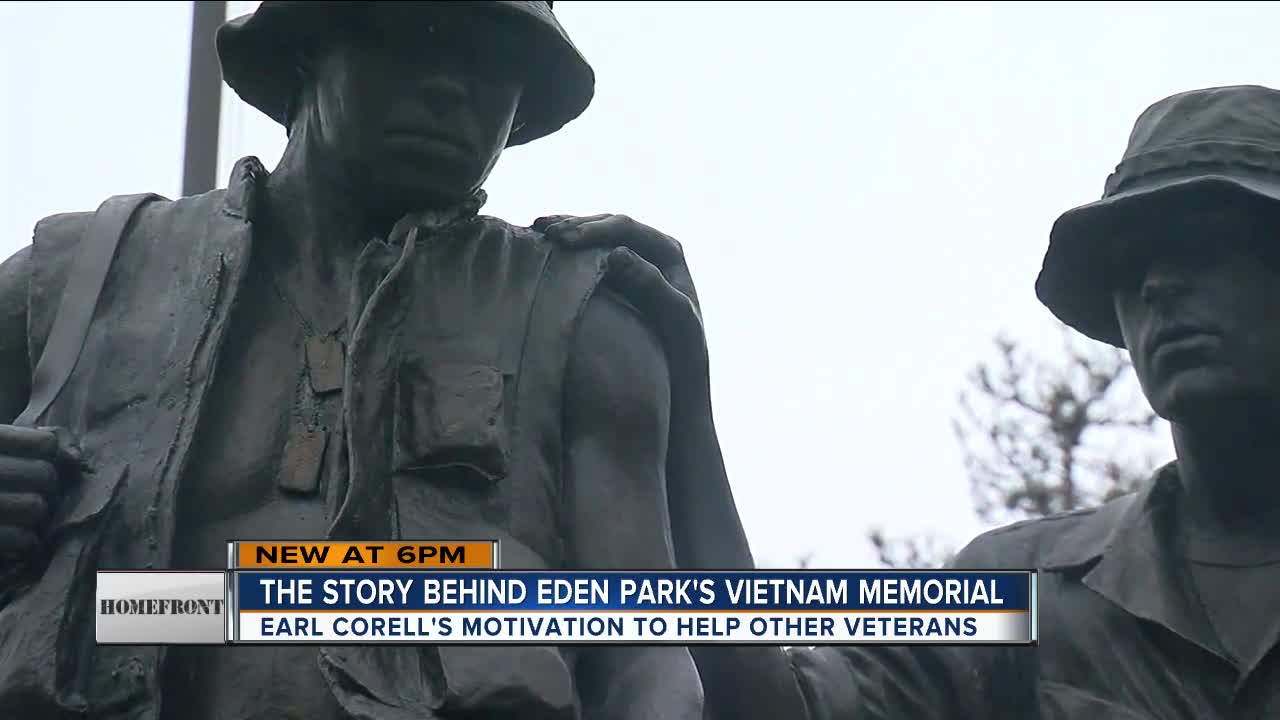 Tomorrow marks 44 years since the end of the Vietnam War, which left thousands of veterans feeling abandoned by their country in the years that followed. We talked to a local man who helped ensure that — in Cincinnati — they would never be forgotten.

Earl Corell survived two years transporting jet propellant and picking up the dead in Vietnam’s Cam Ranh Bay during the war. He dropped out of Xavier University within three weeks of returning home.

The national climate when he returned in 1971 was one in which few prominent voices seemed to support the war, he said, and that disdain for the conflict sometimes curdled into a hostility toward those who had participated. He felt unwelcome no matter where he went, unable to talk about the experiences that had seared new anxieties and traumas into his brain overseas.

Corell spent eight years searching for a purpose in the wake of the war. He found it in his fellow veterans — and his desire to save them from the alienation that had greeted him when he first stepped back onto United States soil.

A testament to his effort stands today in Eden Park.

“Memorials were just starting to pop up, and I thought ‘Wow, what if we had a veterans’ memorial put together in Cincinnati?’” he said.

At first, he felt like the only one who wanted it. (Most of the Cincinnati Parks Board certainly didn’t, he said.) But his persistence and a groundswell of support helped make the memorial a reality April 8, 1984, when thousands of people covered the grass to see it dedicated.

The monument shows two soldiers, one holding the utility belt of a comrade killed in action and another comforting him with a firm hand on the shoulder.

“It was like a welcome home that I have never had before,” one veteran told WCPO on the day of dedication. “Words can’t express it.”

Similar memorials to Vietnam’s survivors and casualties would eventually become a familiar sight across the United States, reflecting the public’s desire to commemorate their sacrifices and a changing attitude toward those who participated.

Corell is pleased with this, he said, but not satisfied. It’s been nearly 44 years since the final day of the conflict.

Now that acknowledgement is out of the way, its veterans need one more thing: Real help.

“I think more attention should be on our veterans who are maimed, the education of that veteran, the reclassification so they can get back in society,” he said. “That’s what needs to be done today.”