Easterseals pulled this Marine Corps veteran from brink of homelessness 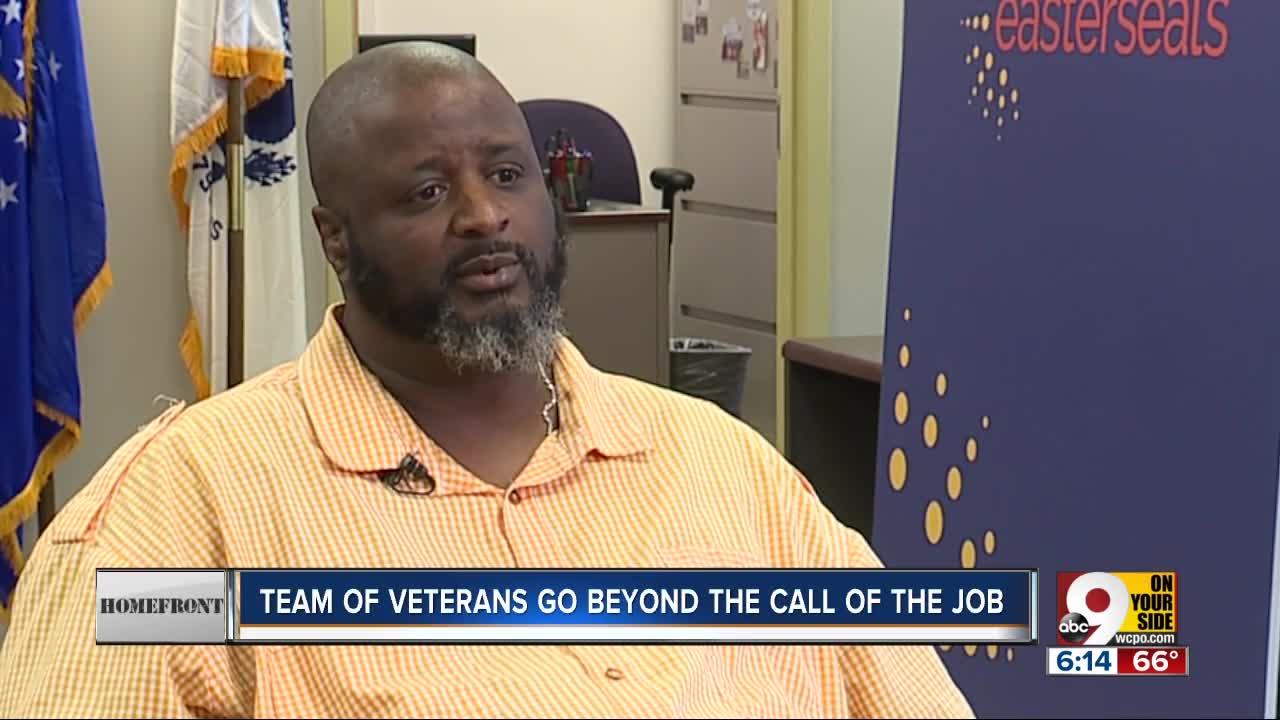 See how Easterseals is helping veterans in the CIncinnati area.

CINCINNATI — Chris Macklin and Jennifer Wells, the Army veterans who help run Easterseals Military and Veteran Services, know firsthand how difficult it can be for veterans to ask for help.

There’s pride involved, there. There’s the desire to seem self-reliant. Some wait until the last minute to tell anyone that their lights could be shut off.

And even when they find the courage to ask, not all of the organizations set up to help them take a hands-on tack.

“Typically, you get paperwork and you get a lot of to-do lists to do on your own,” Macklin said. “There’s no personalized approach. For us, it’s a personal approach. We approach every case with empathy and make sure that veteran knows this isn't a handout. You're not begging, you're one of us.”

Marine Corps veteran Juan Pacheco agrees. His was one of them.

Pacheco approached Easterseals years ago in search of work. He had been a supply sergeant with the Marine Corps for just over 10 years, but he never returned to school after being discharged in 1985. By the time he entered the Easterseals office on a referral from another veterans’ group, he was desperate, caring for a child with special needs and haunted by the looming threat of homelessness.

“Easterseals picked me up before I ended up sleeping under a bridge,” he said.

Wells and Macklin helped connect him with a job running a United Way warehouse. It was a perfect fit for his military skillset, he said.

Later, when Macklin noticed Pacheco had an aptitude for computers, he proposed sending the older man back to school. New Horizons Computer Learning Centers had four scholarships ready for Easterseals-affiliated workers.

“I said, ‘Give it to a younger guy,’” Pacheco recalled. “And they said, ’No, this is for you.’ So I’m doing networking now and will finish in December.”

Thousands of new jobs will open up to him when he passes certification for computer skills, he added. He’s excited by the possibility as much as he loves his job with the United Way.

“I always wanted to help people,” he said. “I really appreciate life now.”

Macklin said Pacheco’s story is just one of many illustrating Easterseals’ commitment to helping veterans find jobs, housing and stability, even years after their military service.

And they’re willing to do more than make phone calls to get it done.

“(Wells) got a call about a WWII veteran that needs insulation put around his modular home,” Macklin said of one recent case. “Which means me and Jennifer have to climb under there and put that stuff on there to get it done.”

Anyone in need of Easterseals’ help — or willing to help Macklin by volunteering for local veterans — can learn more about getting involved online.