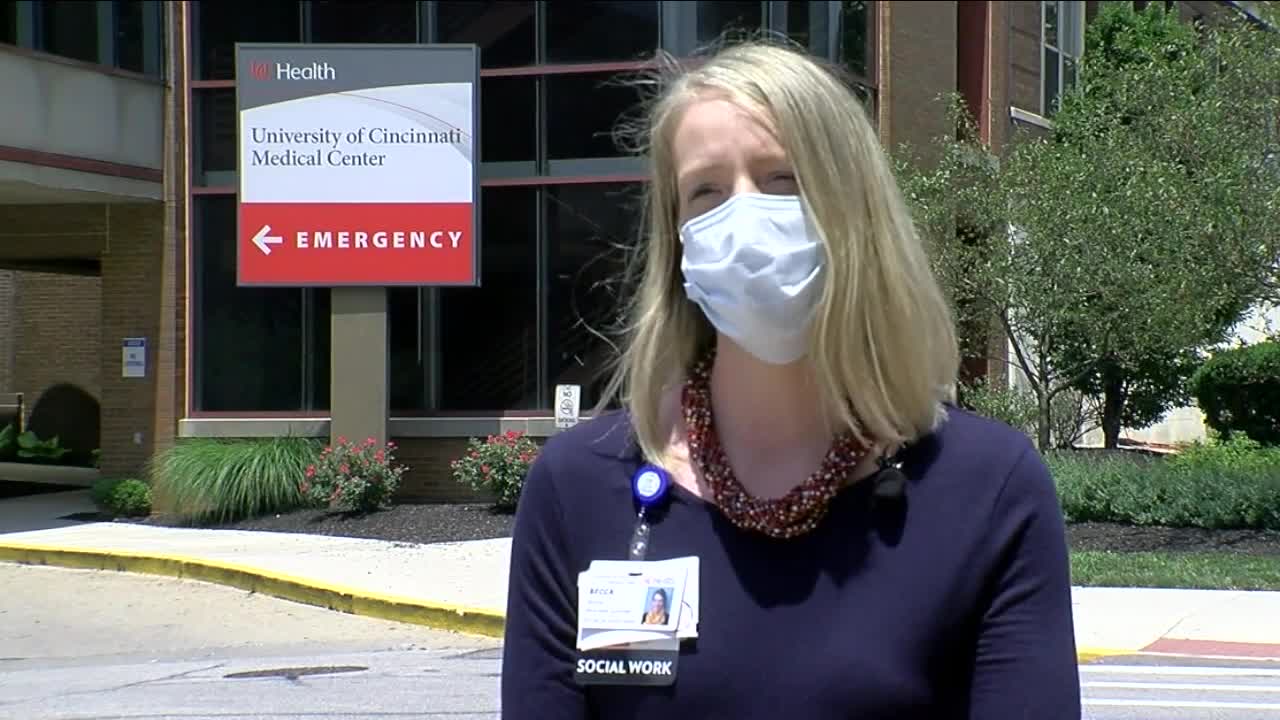 “My husband was a Navy veteran and he wanted to join the reserves again in the Army and so I went to be a supportive wife and go with him as he went through that process,” Becca Irwin said. “I ended up talking to the recruiter and just really fell in love with being in the Army, so I enlisted and joined the Ohio Army National Guard.”

CINCINNATI — While serving overseas, U.S. Army veteran Becca Irwin received an email about her father that would change her life.

“It said he had been diagnosed with Huntington’s disease,” she said. “We didn’t even know what that meant, what it looked like. We had no idea.”

Irwin and her husband did what many do – they turned to the internet and began the journey of trying to understand what her father would be experiencing.

“It really was described as a mix between ALS, Parkinson’s and Alzheimer’s disease combined, so it’s a pretty scary diagnosis for our family,” Irwin said.

It was something unexpected – almost as unexpected as the day she joined the Army.

“My husband was a Navy veteran and he wanted to join the reserves again in the Army and so I went to be a supportive wife and go with him as he went through that process,” she said. “I ended up talking to the recruiter and just really fell in love with being in the Army, so I enlisted and joined the Ohio Army National Guard.”

Irwin enlisted and then received her commission through the ROTC program at University of Cincinnati. She was on active duty starting in 2005 and went through medical training at Fort Sam Houston and went on to South Korea. While Irwin was serving her country and helping those within her role in the medical field, she also was focused on the future.

“I knew eventually I wanted to get into the helping profession somehow,” she said.

The news of her father’s diagnosis came while she and her husband were stationed in Stuttgart, Germany, and brought family to the forefront. The couple decided to come back home to Cincinnati to be close to her father and provide support for the family.

Huntington’s disease is an inherited genetic disorder, which over time breaks down nerves in the brain and leads to the person’s death.

“He passed away in 2013 right after my second child was born,” Irwin said.

Out of the tragedy comes knowledge – the child of a positive parent has a 50% chance of getting the disease as well. Irwin got tested after her father’s diagnosis and before she and her husband had children.

“Luckily for me, I tested negative, and based on that negative result we were able to start a family,” she said.

Irwin now volunteers with the HDSA Ohio Chapter, helping raise both awareness of getting tested and funds for research to hopefully one day find a cure for the disease. She says their chapter raised approximately $100,000 last year alone for the cause.

Also, critically important to Irwin is the helping profession she always wanted. She works as a social worker at the Gardner Center for Parkinson’s Disease and Movement Disorders within UC Health.

Irwin beams when talking about how fulfilling it is working with clients and families now experiencing what she and her family went through with her father.

“I’m lucky enough to work within the clinic that serves Parkinson’s disease and Huntington’s disease families and I get to work right in the clinic with these families, so that’s a very special opportunity for me personally,” she said.