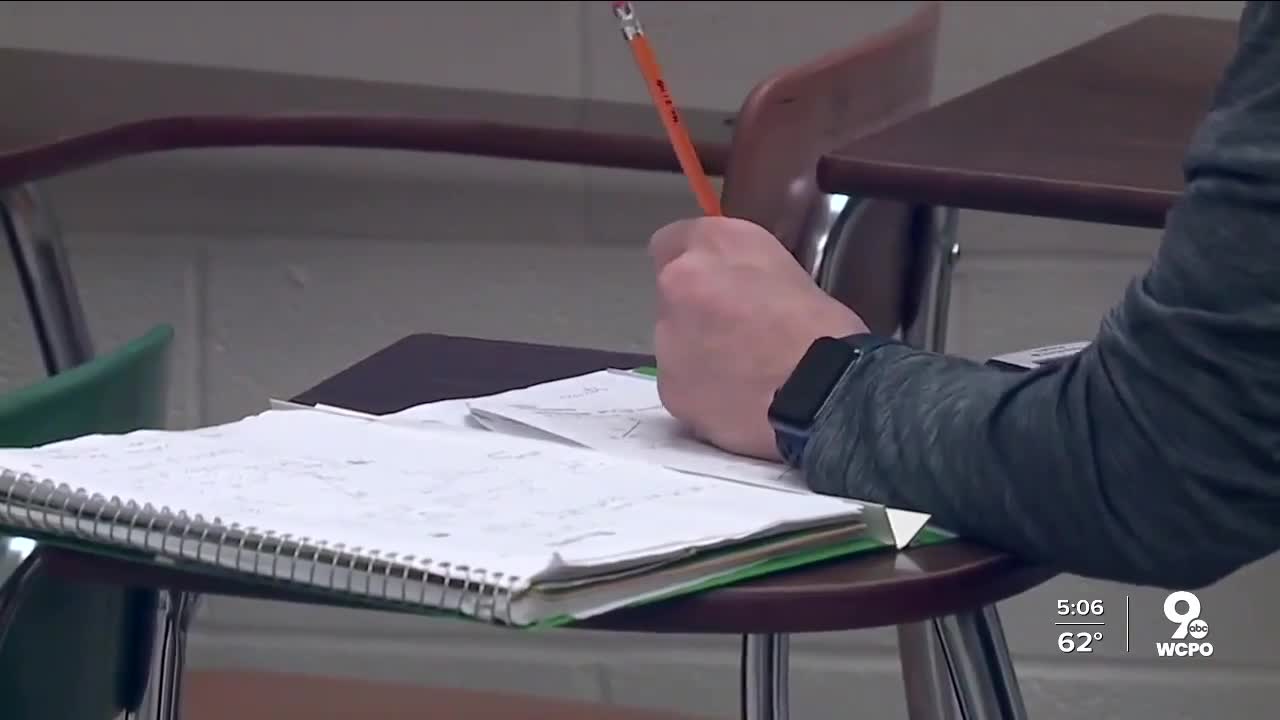 Across the Tri-State, advocates say, parents who don’t speak English are left trying to help their children navigate a new way of learning with instructions that often are written and communicated with only English speakers in mind. 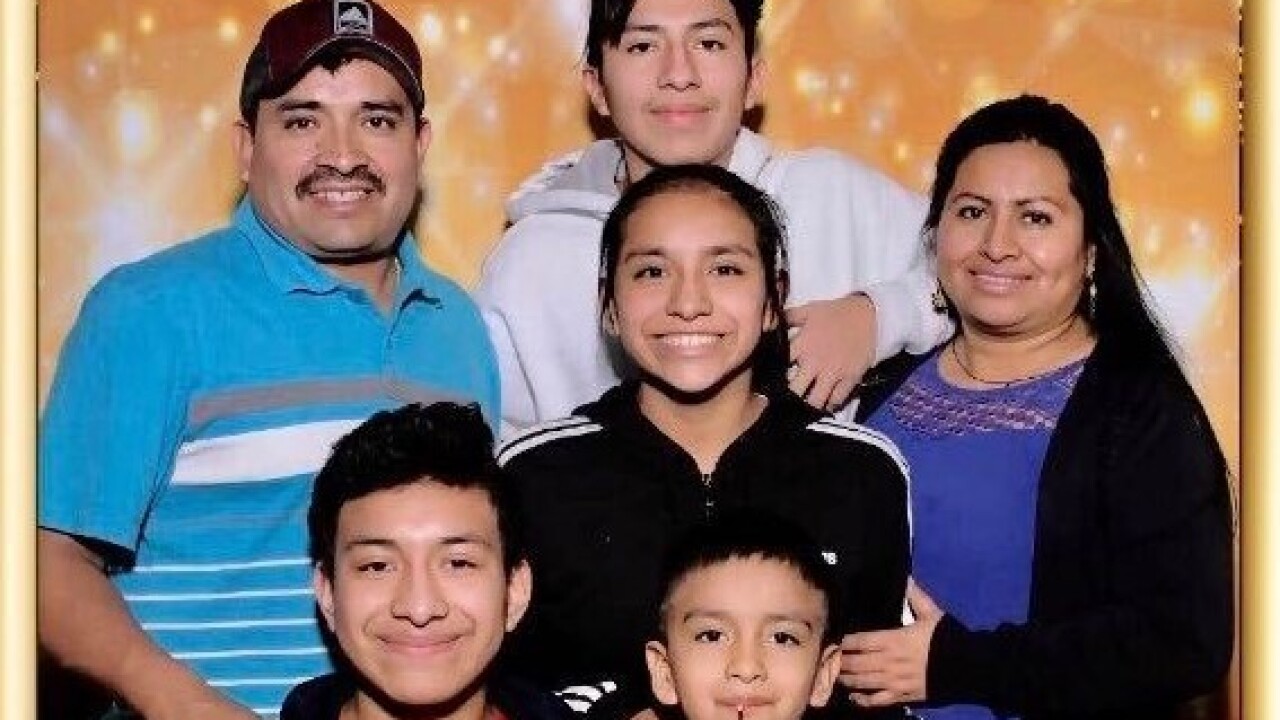 The school year had just begun when Maria Garcia’s older son got stuck on a math problem he couldn’t solve.

“I found him crying,” Garcia, a mother of four, told WCPO. “He said they usually get to ask questions at the end of class, and when he was going to ask, the teacher said time ran out and stopped the call.”

Like so many parents across Greater Cincinnati, Garcia is struggling to help her children manage the remote learning that’s taking place this school year because of the coronavirus pandemic. The struggle is compounded, Garcia said, because she doesn’t speak much English.

Garcia is far from alone.

Across the Tri-State, advocates say, parents who don’t speak English are left trying to help their children navigate a new way of learning with instructions that often are written and communicated with only English speakers in mind.

“It’s a disaster,” said Linda Vila Passione, a retired teacher who recently left her job with the Kenton County School District to help instruct small groups of Spanish-speaking students over the next nine weeks. “Parents don’t know what’s going on with their kids, are confused, don’t know how to help them. A lot of our immigrant families do not have a high level of education to be able to assist their kids in schoolwork.”

Plus a language barrier has made technology problems even more complicated, said Luz Elena Schemmel, the wellness and immigrant outreach director at Santa Maria Community Services.

“It’s really challenging,” she said. “The internet is not working all the time for these houses all the time. The barriers and the struggles and the time that they are not learning – the cost is huge.”

There are schools, school districts and community organizations trying to help.

‘A struggle for all’

Cincinnati Public Schools has been working to get information to parents in multiple languages and had a virtual parent town hall last month for families speaking Spanish, French and Arabic, said Marie Kobayashi, the school district’s English for Speakers of Other Languages manager.

“It’s been a struggle for all our families, never mind our EL families,” she said.

Partner organizations in the community have been working with the district to help.

“The Hispanic chamber has been phenomenal in partnering with us to support all of our English learners because they don’t want any of our kids to fall behind,” Kobayashi said, adding that Santa Maria and Su Casa Hispanic Center have helped, too.

The district also expanded efforts to make sure all Cincinnati Public Schools students have computers and free internet access this school year through Cincinnati Bell.

But the resources available to parents who don’t speak English vary widely depending on the school district and even among schools within districts, advocates said. Boone County Schools has more than 60 languages spoken in its schools but primarily four widely spoken languages in addition to English -- Spanish, French, Japanese and Arabic, said Barbara Brady, the district's schools and community relations coordinator. The district distributed its COVID parent survey this summer in those languages, she said, and sends free- and reduced-price lunch forms to families in a variety of languages, too.

Passione said those efforts are among the best in Northern Kentucky, where communication from other schools and school districts can be lacking.

“I don’t think that the schools are making the effort to communicate,” said Passione, who received a grant from Horizon Community Funds to help educate small groups of Spanish-speaking students in learning pods. “They think this is a fringe group, and they’re not realizing the ramifications for so many families.”

And even with all the efforts Cincinnati Bell has made, the company's service doesn’t reach everyone, Schemmel said. That's why Santa Maria is working to secure grant money to help pay for Wi-Fi hotspots or other internet access for families who live in aging apartment complexes that aren’t serviced by Cincinnati Bell, she said.

“You have so many needs – food, paying the bills, utilities and now you have another need that is so important,” Schemmel said. “Internet should be a basic thing like electricity now. I mean, it’s just part of move forward and survive and connect and keep learning.”

Technology snafus aren’t limited to internet access, and problems with equipment and programs can be frustrating, too, said Alpacino Beauchamp. He’s the principal at Roberts Academy in East Price Hill, where about 70% of the school’s 780 students are of Hispanic or Latino descent.

When children are at school in person, school staff can show them how to fix their devices one-on-one, he said, but problem-solving has been more difficult over the phone with parents who don’t speak English.

“Our families, they need an ability to communicate with somebody who speaks their own language,” he said. “At the school level, we don’t have that expertise.”

The school district addressed that problem by adding a Spanish language option to its parent technology hotline number, he said.

“When you’re asking the parent to be the facilitator, and the parent speaks very little English at all, then it becomes necessary,” Beauchamp said. “That number is for a parent who’s at home trying to get their child on a Google Meet application.”

‘I feel this weight and responsibility’

Still, Garcia said she feels lost, especially when it comes to her older two children.

“That’s the challenge for me because the level of education they are at, I never received,” said Garcia, who is from Mexico and has lived in Cincinnati for 17 years. “When they have a question, I get frustrated because I can’t help them. They understand English. They speak it and all. But sometimes their (homework) problems can be complicated.”

Edelmira Laynez figured things would get better once her children were back in school two days a week. That was before Cincinnati Public Schools announced Thursday the district would continue distance learning after Ohio Gov. Mike DeWine announced Hamilton County was again at the Ohio Department of Health’s second-highest alert level for COVID-19 cases.

The school district had planned to phase in a blended learning model that included in-person instruction.

“When the pandemic hit, the education for our children took a hit, too,” Laynez said in a Spanish-language interview. She is from Guatemala originally and has lived in Cincinnati for 20 years. “It’s very difficult to see your child yelling for help, holed up in his bedroom, and I can’t help in any way.”

Laynez said she is worried her four children will fall behind and won’t be able to catch up with everything they should have been learning since the pandemic began. She has tried to hire a tutor to help them, she said, but has had no luck.

“I feel this weight and responsibility when I see my kids struggling,” she said. “Sometimes even money can’t get you what you need. We can’t do anything.”