'We have to focus on the five that we can help' 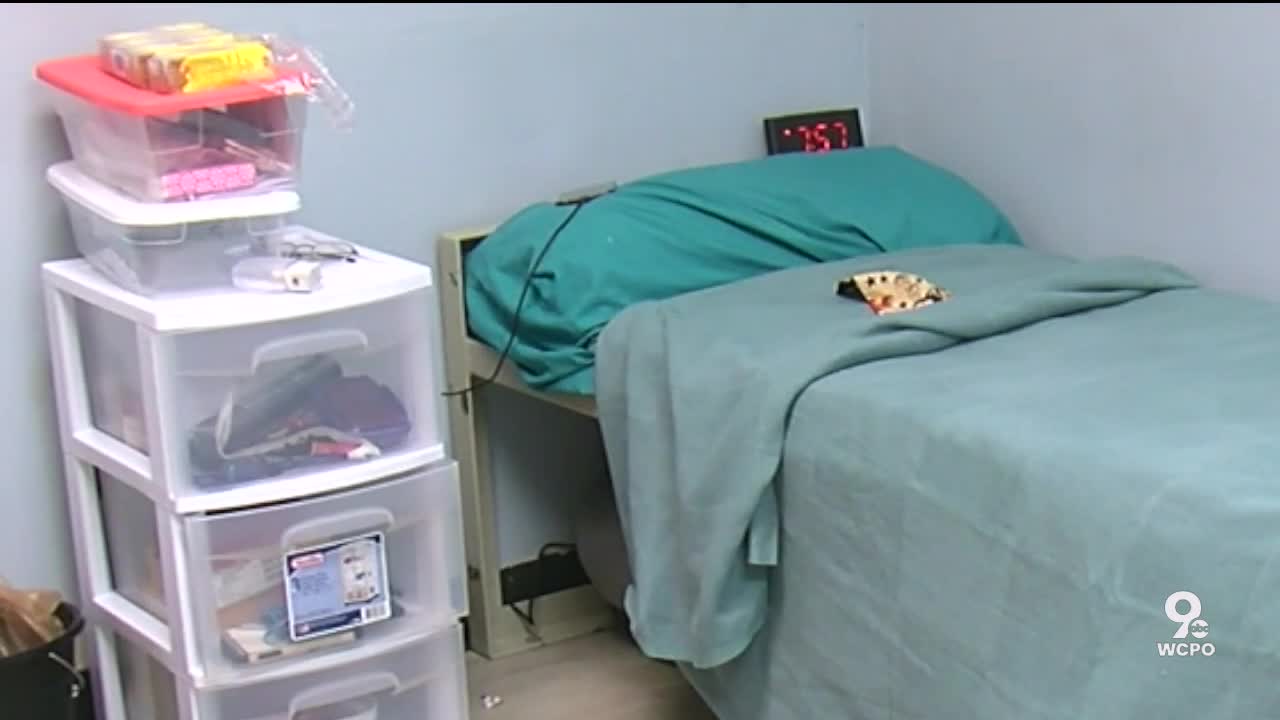 The COVID-19 crisis has forced Emergency Shelter of Northern Kentucky to make difficult changes to its annual summer program to help men move from homelessness to permanent housing.

COVINGTON, Ky. — The COVID-19 crisis has forced Emergency Shelter of Northern Kentucky to make difficult changes to the annual summer program that helps men move from homelessness to permanent housing.

The biggest change has been reducing the number of men living there at a time. The five participating in its intensive summer program are a small fraction of the number the organization has served in years past, said executive director Kim Webb.

The shelter also is revamping its laundry and shower program that serves people who are homeless and unsheltered. Staff members are developing a system so people who need to shower can enter one at a time to use the facilities. They probably will use burner cellphones to alert people when it’s their turn, Webb said.

For laundry services, the organization is teaming up with local laundromats to give people vouchers they can use to do an entire load of laundry at a time rather than having the shelter staff launder two outfits while they wait, she said.

Emergency Shelter of Northern Kentucky has faced the same challenges as many other businesses while its staff and volunteer board members have worked to determine the best way to operate while keeping everyone safe, said Steve Wilde, president of the shelter’s board of directors.

“It’s definitely hard when we can only help five guys when we know we could be helping more and there’s a need for it,” Wilde said. “We hope that as we go through this and as we learn, maybe we can bring more in.”

The coronavirus pandemic hit the shelter’s programming hard from the start.

Emergency Shelter of Northern Kentucky closed its winter operations in mid-March — two weeks earlier than usual — because the 32 people staying there could not safely practice social distancing at its cramped Scott Boulevard location each night.

The shelter teamed up with other local service providers soon after to house several dozen homeless men and women at the Northern Kentucky Convention Center for two weeks and then moved them into a hotel in Wilder so they could continue to shelter inside safely during the pandemic.

Shelter staff moved five men out of the hotel and into its Covington shelter on May 4, Webb said. They were men who either had jobs or could quickly become employed and were eager to begin the summer program, she said.

Each man has his own room, and all the men taking part in the program have jobs and are saving money toward getting their own apartments, she said.

Webb said the shelter has separate rooms that could accommodate a few more men, but the organization wanted to have space for someone to quarantine if he got sick.

The five men currently enrolled in the program are getting case management services from two Emergency Shelter staff members, resulting in much more intensive help than clients received in years past, Webb said.

“Our hope is that we can move them quicker to housing stability in the end,” she said. “Some of the men may be here two weeks, three weeks and that’s it. They’re gone.”

A grant from the COVID-19 Regional Response Fund gives the shelter money to help men in the program pay security deposits for apartments so they can leave the program more quickly, Webb said.

The shelter has made other changes, too.

‘These are people’s lives’

Each man staying at the shelter has his own table and chair for meals.

Everyone in the shelter – guests and staff alike – must wear masks.

Staff desks have been spread out to maintain social distancing.

And hand sanitizing stations are now located throughout the building.

Wilde said he hopes that lessons learned during the summer program will help inform Emergency Shelter staff members as they plan for the organization’s new location at 436 W. 13th St. in Covington.

“It’s an opportunity to probably build something that is different than we would have done if we built a year ago,” he said.

Past board president Jason Reed said it’s too soon to tell exactly what will be different in the new location, but he’s confident Webb and her staff will meet the community’s needs.

“I think what we have learned that I can tell you so far is what a lot of organizations have learned and that is the ability to be nimble and be adaptive to the circumstances in which you find yourself is critical,” Reed said.

Webb said she and her team have been working to open the new location Nov. 1, but it’s unclear whether the pandemic will cause delays.

She said the new location undoubtedly will be easier to keep clean and sanitary, and plans call for more bathroom and showers there, too.

In the meantime, she said Emergency Shelter of Northern Kentucky will work through the challenges of COVID-19 by reducing capacity like so many other businesses have.

“It’s just a little harder because these are people’s lives,” Webb said. “When we talk about a reduction, we’re talking about people and their lives and their health.”

More information about Emergency Shelter of Northern Kentucky and how you can help the shelter is available online.