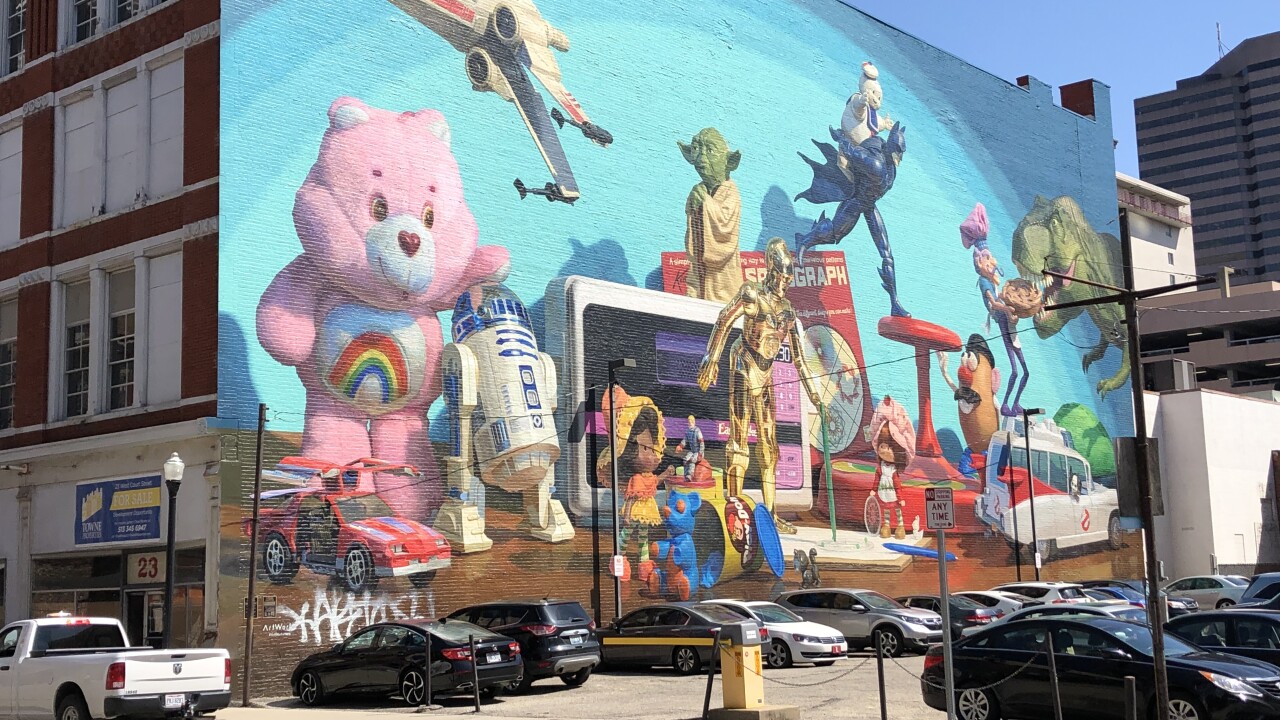 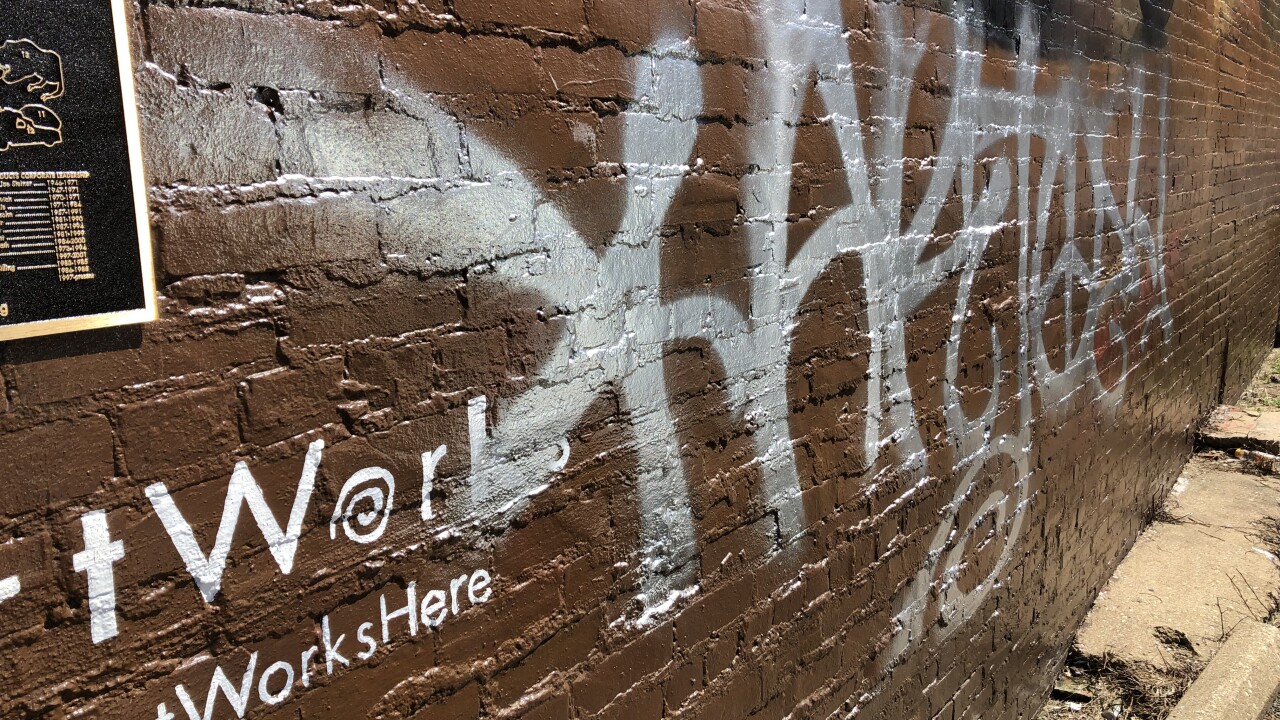 While graffiti throughout Cincinnati is not a strange sight, it is unusual to see a graffiti tag sprayed wantonly over the meticulously created murals that decorate and liven up city blocks Downtown.

"At Artworks, with 180 permanent murals and thousands of public artwork compiled around the city, we're fortunate to not have many incidents of graffiti happen to our work," said ArtWorks Cincinnati in a Facebook post. "We're grateful that street artists typically respect other street art."

The Toy Heritage mural, designed by Jonathan Queen, is a massive, colorful, and detailed homage to the history of Kenner Toys, founded in 1947, and the cultural icons children have played with for generations. Characters from Star Wars, Strawberry Shortcake, Care Bears and Toy Story engage with one another in the larger-than-life scene.

As a result of the graffiti, ArtWorks is hoping the community can help to restore the original piece. They're asking for donations to help take on the unforeseen cost of removing the spray-painted tag and restoring the mural back to its formal luster.