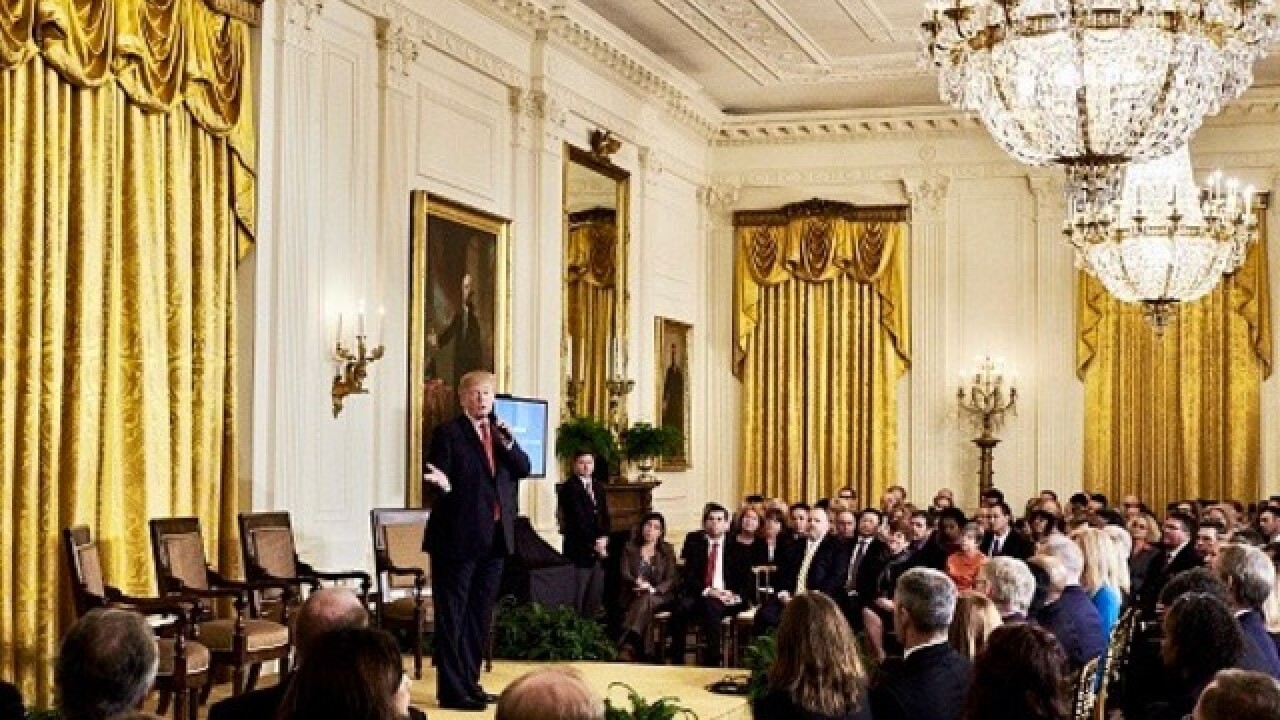 Copyright 2018 Scripps Media, Inc. All rights reserved. This material may not be published, broadcast, rewritten, or redistributed.
T.J. Kirkpatrick
<p>U.S. President Donald Trump speaks during the Opioid Summit in the East Room of the White House in Washington, D.C., U.S., on Thursday, March 1, 2018. Trump said he's discussed with Attorney General Jeff Sessions the possibility of suing opioid manufacturers, adding that "hopefully we can do some litigation" against the companies. Photographer: T.J. Kirkpatrick/Bloomberg</p>

This editorial is part of the WCPO.com project, Heroin: How Do We Respond?

Terri Ferguson lost her son, Joshua Brabender, to a heroin overdose on Jan. 2, 2016 at the age of 24. She doesn't need a White House summit to tell her we have a problem.

"I glaze over every time I hear about high-level 'talks' about the heroin epidemic," she said.

What do we need?

He talked about tougher penalties for drug dealers, going so far as to mention "the ultimate penalty," death, for dealers.

The first lady read a letter from a mother who had lost her son to an overdose. "Sadly, she's not alone in her grief, and we need to change that."

This death toll has been growing for more than a decade, and we are still holding White House summits.

Here's what Tom Synan, a police chief and co-chair of the Hamilton County Heroin Coalition, had to say about Thursday's summit:

We do not need more summits, we need more action. -- Tom Synan

"Each day we talk, have summits or speak words without immediate action, when those on the streets dealing with this issue for years have been telling everyone what is needed, prolongs the epidemic, suffering of families, impact on communities and the daily deaths that could have been intervened," Synan said.

Change has been painfully slow, she told us:

I know personally of three young lives lost in the past month. Though there have been many positive changes since 2015, many lives are still being lost. -- Amy Russ

Synan points out that the White House already has a playbook on how to take action. In November, the White House Commission on Opioids, which was appointed by Trump, issued a detailed list of 56 specific, targeted recommendations. They included making block grants to states, federal coordination of the responses, funding a mass media campaign, broader training of doctors and expanded treatment.

The president and Congress could begin carrying out those recommendations today.

"If the president would just enact those recommendations it would be a good start to help make a dent in this," Synan said.

The Commission itself said in its final report: "The time to wait is over. The time for talk is passed. 175 deaths a day can no longer be tolerated."

Nan Franks is the head of the Addiction Services Council in Cincinnati. She was too occupied with her work to pay attention to the White House show, which was broadcast live: "We are busy helping people who are struggling with addiction and have little time to watch summits."

Charlotte Wethington lost her 23-year-old son, Casey, to a heroin overdose on Aug. 22, 2002. She's been speaking out about it since then. "I've been listening to more talk than action for almost 16 years," she emailed. "And tragically hearing of more and more lives being lost to a TREATABLE illness!!"

The addiction epidemic is a complicated crisis that demands coordinated strategy that includes law enforcement and prevention, but expanding treatment and making it easily available is essential.

"My son died before the increase in treatment facilities and the widespread use of Narcan," Terri Ferguson said. "If someone had come to my son to offer him immediate rehab within 12 to 24 hours of his last use of heroin, he would have jumped at the chance. He could not find inpatient treatment before the demon took hold again. In my humble opinion, this is where our efforts should lie."

You can also access this comprehensive resource guide to find help.

Here are links to more WCPO editorials on the opioid epidemic:

Dear Mr. President: What are you waiting for?

How many more will die?

Hospitals need to lead on heroin