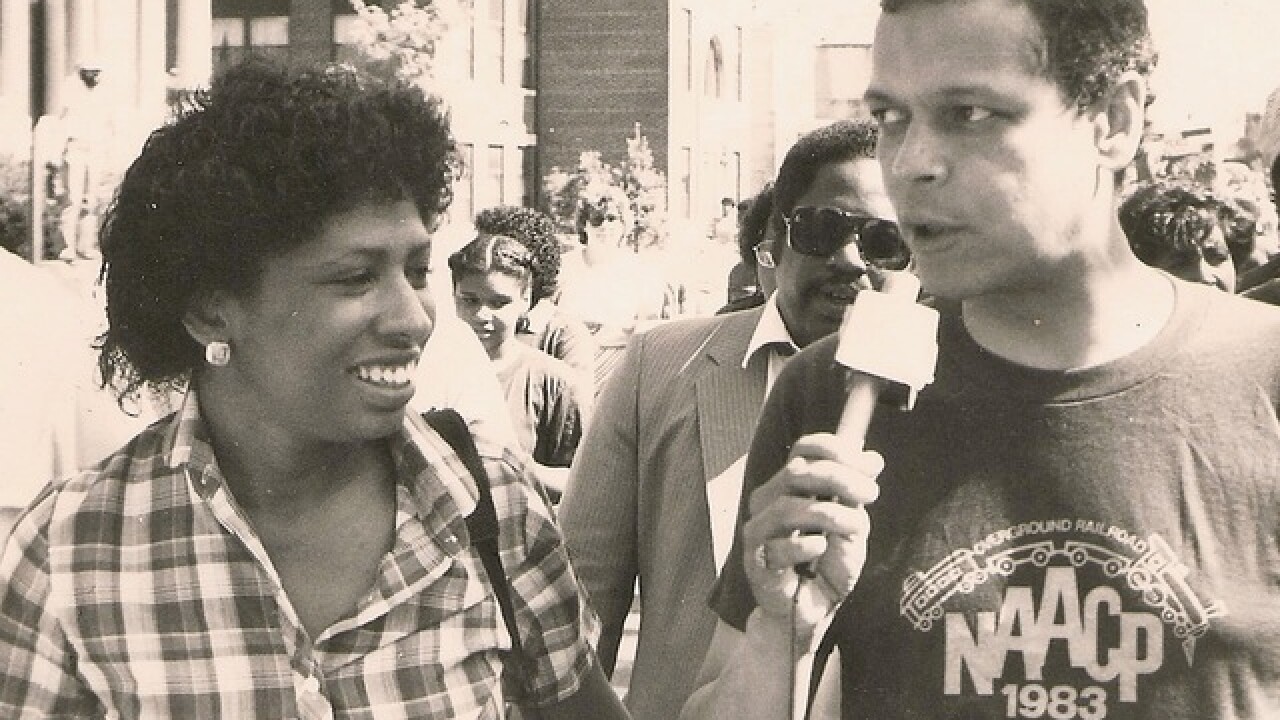 Welcome to the WCPO.com project, “Black in Cincinnati.” In this series, we invite people to write honest and personal stories of their life in the Queen City. Do you have a story about being black in Cincinnati? Let us know. You can scroll to the bottom for contact information and to link to other stories in the series.

Diversity was the norm for me because I grew up as an Army brat.

I was born in Washington, D.C.; we lived in Augsburg, Germany, and then my dad was transferred to Fort Bragg, N.C.. When he retired after 23 years as a Green Beret – we became “civilians.”

Before we moved here, 50 years ago, there were only two kinds of people in the world, civilians and "dependents." We were taught that “You can trust and count on other military dependents – but civilians are another story."

My mother died when I was 10, leaving my dad to raise four children on his own before he remarried.

Community service is important to me. I serve on the board of Housing Opportunities Made Equal. My other memberships include the National Association of Black Journalists and Toastmasters International.

I spent more than 20 years in broadcasting. My first job was at WCPO, where I ran camera for the Al Schottelkotte news and worked as floor director for "The Uncle Al Show." My bachelor’s degree is in journalism from Ohio University and I have a master’s degree in human resources and training from Xavier University.

I am the author of “Cincinnati: The Black America Series” (Arcadia Publishing, 2007) a photo book chronicling the lives of African Americans in Cincinnati. This book gave me insight and also an outlet to share what I’ve learned about a facet of this great city.

During the riots or civil unrest, I was the public relations spokeswoman for the Cincinnati city manager at the time – John Shirey. I was at City Hall when activists surrounded the council members during a committee meeting and I was there when the windows on one side of City Hall were shattered from violence.

I was also there two years before, when I often met with the police chief to encourage him to hold a news conference every time there was a shooting -- even if there was nothing new to say. The goal was to show transparency.

I still work for the city of Cincinnati. I am the employment and training supervisor at the Metropolitan Sewer District. I’ve worked there for 20 years.

I am married with two adult children. We live in beautiful Woodlawn, where I am a former council member.

Other stories in the Black in Cincinnati series:

Black in Cincinnati: 'This is my story'

Black in Cincinnati: 'My family, my purpose'

Black in Cincinnati: 'I thank my dad every day'