Who is Wilbur Ross? 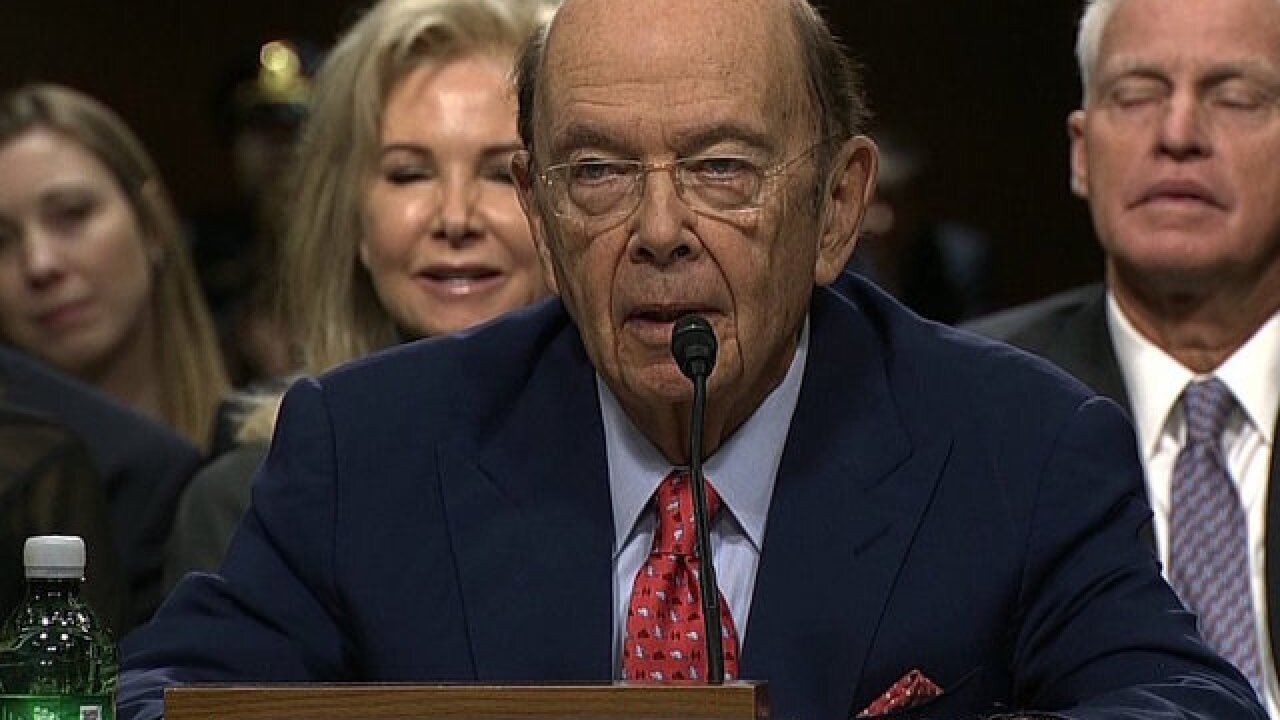 NEW YORK (CNNMoney) -- A crucial player in President Trump's trade agenda will finally be allowed to get on the field.

Trump spoke highly of Ross at a private dinner for a small group of reporters, including representatives from The E.W. Scripps Company.

"(Ross) “is a great talent," Trump said. "He knows all the industries. Wilbur doesn’t need any advice from anybody. He’ll take the advice, but he doesn’t need it."

The green light comes nearly three months after Trump first tapped the famed investor for his cabinet and four weeks after a Senate committee unanimously voted in favor of his nomination.

But the confirmation vote was not without controversy. Senate Minority Leader Charles Schumer took to the floor minutes beforehand to protest the White House refusing to release written answers from Ross about the Bank of Cyprus, a bank he is vice chairman of that has links to Russia.

Democrats had demanded Ross explain his connections to Viktor Vekselberg, a Bank of Cyprus shareholder who is described as a friend to Russian President Vladimir Putin.

Ross has indicated he will step down from the Bank of Cyprus after he takes office.

The White House is expected to hold a swearing-in ceremony for the new commerce secretary on Tuesday prior to Trump's speech to a joint session of Congress.

Ross is expected to be a powerful figure in the Trump administration, leading the way on efforts to renegotiate NAFTA, the controversial trade agreement with Canada and Mexico.

The 79-year-old will also be a key voice on other trade matters as well as on Trump's efforts to accelerate economic growth by slashing taxes and ramping up infrastructure spending.

"Much of the administration's trade agenda has been awaiting the confirmation of Ross, who is the tip of the presidential spear on trade matters," Chris Krueger, an analyst at Cowen & Co., wrote in a report on Monday.

During his confirmation hearing in mid-January, Ross pushed for taking a tough stance on China, which he called the "most protectionist country of very large countries." The commerce secretary nominee said countries that resort to "malicious" trading tactics should be "severely" punished.

Known as the "King of Bankruptcy," Ross made a fortune by working to resurrect failing companies in the auto, steel and textile industries.

But Ross has also been criticized for shipping jobs overseas at some of those struggling companies, something that Trump has slammed Ford, Carrier and others for doing. Ross led an auto parts company that moved jobs to Mexico, while a textile firm he founded opened a cotton plant in Vietnam that would employ 1,500 workers, The New York Times reported.

Ross has defended his job creation record. During the hearing, he said International Automotive Components had "no choice" but to move some jobs to Mexico at the request of a major customer. Ross also said that overall, the auto parts company created more U.S. jobs during this period than it eliminated.

He also said International Textile Group "would have had to shut down far more domestic activities" if it hadn't moved some operations overseas.

"If you add and subtract, we were a very large net creator of jobs" in the U.S., Ross said.

Ross has also sought to ease concerns about whether the White House would try to politicize climate science. Ross pledged in a letter to Democrat Senator Bill Nelson not to censor or intimidate scientists who work at NOAA, the agency housed within the Commerce Department that controls the National Weather Service and conducts research.

To avoid potential conflicts of interest, Ross has pledged to sell most, though not all, of his empire of financial assets once he's confirmed. The billionaire's ethics agreement was complicated by his lengthy investing career and wide array of complex assets.

While Ross will step down from the private equity firm he founded in 1997, he plans to remain a passive investor in nine investment vehicles related to shipping, mortgage lending and real estate financing.