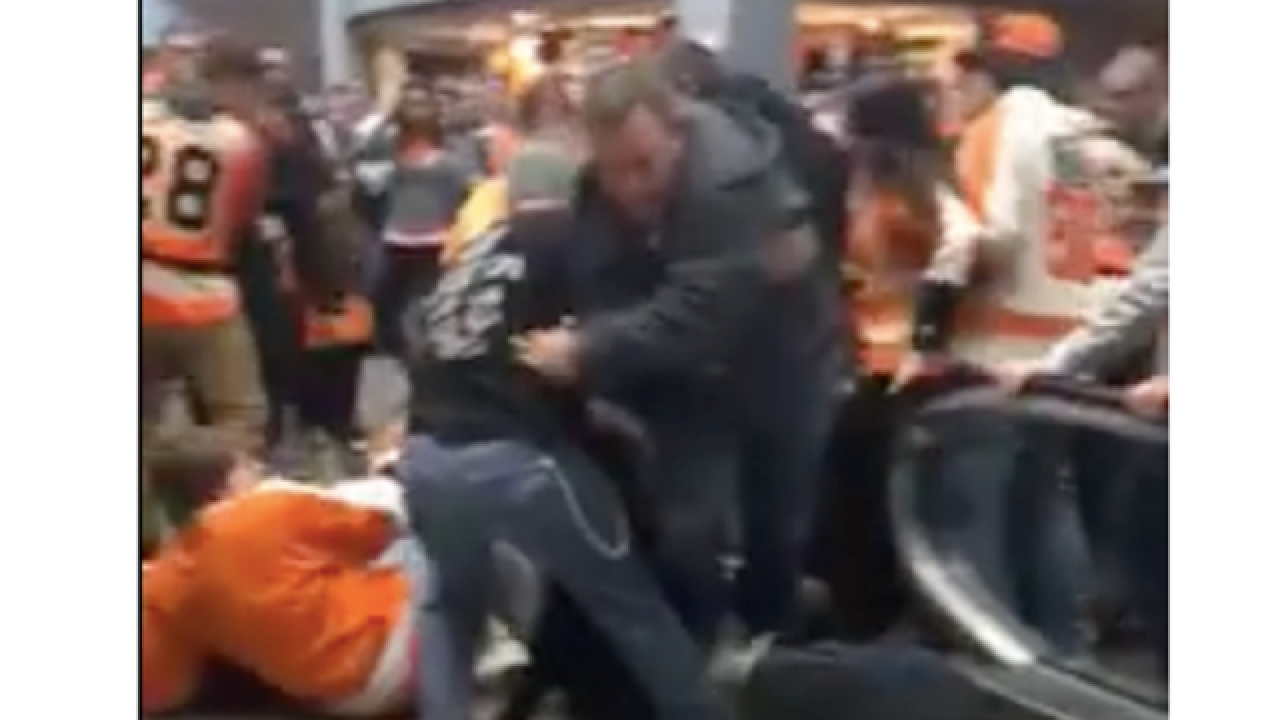 By: Mina Abgoon
Posted at 1:58 AM, Apr 04, 2016
If you’ve ever looked down at your phone for a few seconds too long while on an escalator, you know things can go awry pretty fast.
But imagine if your escalator became seemingly possessed, speeding up and violently throwing riders off.

wfc escalator just broke. literally sent down an entire crowd from the second level at full speed. people were rushing to help.

That’s what happened Saturday after a hockey game in Philadelphia, between the city's Flyers and the Ottawa Senators.
Well, the Flyers won -- and fans weren’t the only ones who were excited. An escalator was feeling the rush, too, abruptly speeding up as fans cleared out of the Wells Fargo Center.

Escalator got a little excited about the flyers win too...#flyers #philadelphia

“Escalator got a little excited about the flyers win too...” bystander Meghan McGreevy posted on Facebook.
No injuries were reportedly in in the incident, tough it looks like at least a few people took pretty nasty spills.
Scripps Only Content 2016