Pandemic changing how drug organizations traffic narcotics across the border

Pandemic changing how drugs are trafficked across the border 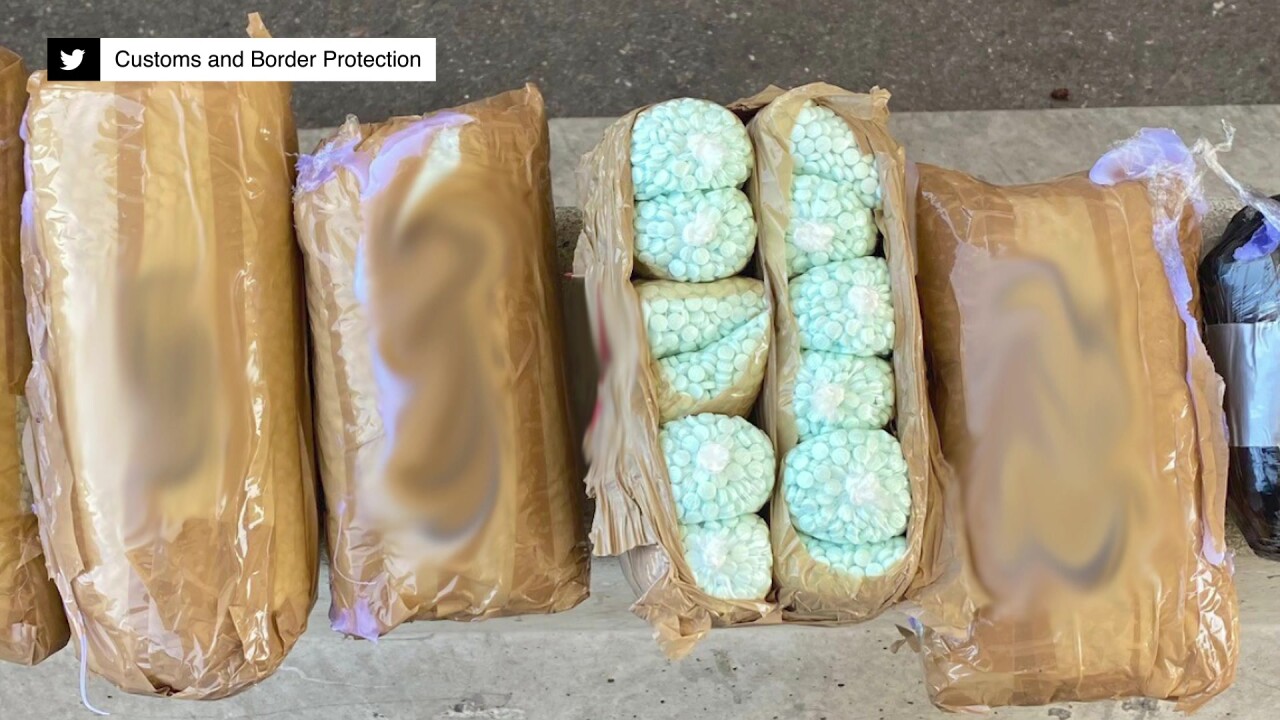 NOGALES, Ariz. – In the war on drugs, the U.S.-Mexico border is the front line.

According to Customs and Border Protection, the pandemic is changing how the cartel and other drug organizations are getting narcotics across and into the United States.

“Initially we were seeing small football-shaped bundles [full of drugs] being thrown over the fence,” said Sabri Dickman, the border patrol agent in charge along a 33-mile stretch of border near Nogales, Arizona. “We’ve seen that expand to backpack operations with 100-plus pounds to catching vehicles loaded with 600-plus pounds.”

The Nogales border crossing is one of the most exploited by Mexican drug organizations. According to CBP, of the more than 200 known underground tunnels that are used to traffic drugs across the southern border, 114 are located in Nogales.

It also is one of the busiest as the Mariposa Port of Entry, the main thoroughfare between the countries in Nogales, ushers $49 million in merchandise between the United States and Mexico each day, according to CBP.

Mariposa Port Director Michael Humphries says 98% of the traffic that comes through the port is legal, but the 2% is now being used to traffic more hard narcotics like fentanyl, a synthetic opioid similar to morphine, but around 50 to 100 times more potent which makes it lethal even in small doses. Humphries says the hard narcotics are smaller, making them easier to conceal and transport as more can be trafficked in one trip.

“We’ve seen an increase in fentanyl over the last year,” said Humphries. “Nogales is a small city [of] 20,000 people. Those tablets of fentanyl weren’t coming to the border. It was going way beyond. It was going to Vermont, and Ohio, Kentucky, and Detroit.”

Humphries says in June alone, CBP seized 875,000 tablets of fentanyl from smugglers. It was part of a year that saw officers seize 9,500 pounds of methamphetamine, 900 pounds of fentanyl, and 1,000 pounds of heroine, even though traffic through the port has decreased 60 to 70% because of travel restrictions imposed because of the pandemic.

Humphries says those restrictions have led drug organizations to recruit more Americans to smuggle their drugs instead of Mexican or Central American nationals, since U.S. citizens can travel more freely across the border.